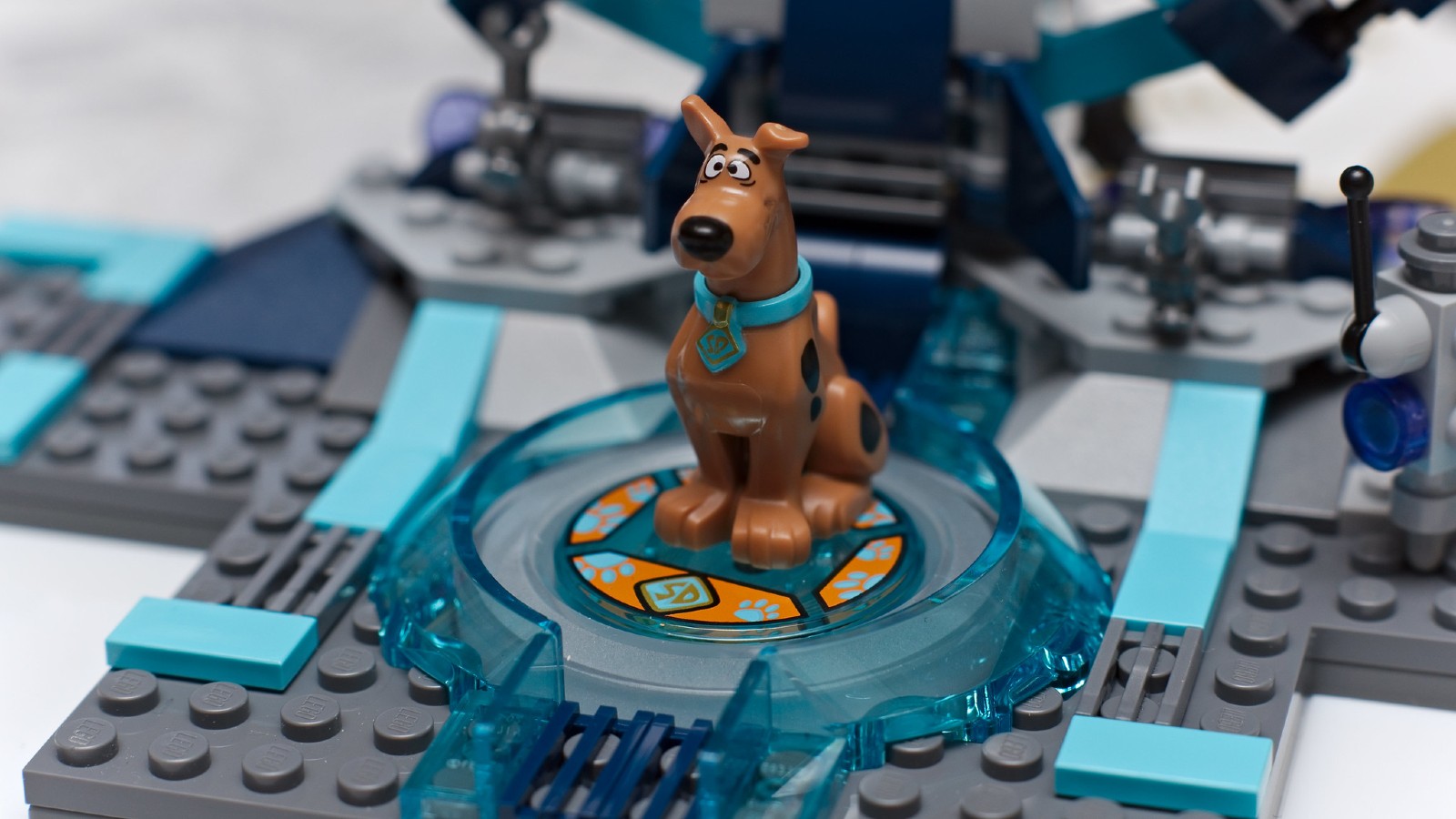 But why did Saturday morning cartoons end? I go into the reasons below.

The rise of cable TV and first-run syndication

Since the 1950s, syndicated TV always aired animation; however, until the 1980s, much of it was reruns of older theatrical or TV cartoons. First-run syndicated cartoons took off in the 1980s, thanks to the debut of “He-Man and the Masters of the Universe” in 1983. That show, of course, only existed thanks to the Reagan administration’s deregulation of children’s TV ad rules. “He-Man” was a big success, and led to a boom in similar half-hour toy ads-as-TV-shows (“Transformers,” etc.).

The original “DuckTales” series launched in weekday afternoon syndication in 1987. It also marked a major shift in TV animation: a well-written cartoon featuring original characters, as well as better animated than most other shows. The success of “DuckTales” led to Disney producing other shows (forming a weekday afternoon syndicated block, “The Disney Afternoon”); the then-fledgling Fox Network also added a similar weekday animation block. Other cartoons soon followed: “The Simpsons,” “Tiny Toon Adventures,” etc. For those reasons, I usually point to “DuckTales” as launching the modern age of TV animation.

The 1990s saw a rise in original cable TV programming. The launch of NickToons on Nickelodeon in 1991 marked a major shift: the first major original cartoons for cable TV. The following year, Cartoon Network launched, offering cartoons (both reruns and original programming) 24 hours a day.

While first-run syndicated cartoons eventually died out (for some of the reasons below), cable became the main source for TV animation during the 2000s. Still, since the 1980s, kids no longer needed to wait until Saturday mornings to watch original cartoons. Kids could get cartoons after school and, since the 90s, around the clock on cable.

Broadcast TV itself is facing problems overall from its decline in prominence. TV stations’ reliance on collecting carriage fees from cable companies (and the constant high-profile disputes with them) says a lot.

Technology’s also undergone rapid change since the 1970s, when the first VCRs hit the consumer market. VCRs really took off in the 1980s, and the 1990s saw the rise of DVRs (TiVo, etc.). For both adult and kid programming, VCRs and DVRs meant no longer being bound by TV schedules; one could record shows and watch them at any time.

Similarly, other technology since the 1970s also became dominant, as well as competitors for TV’s attention: home video (more on that below), the internet, personal computers, MP3 players, smartphones, and video games. The last one stands out in particular: video games are effectively animated cartoons one can control. Why settle for watching Batman on TV when you can be Batman?

The rise of home video and streaming

The popularity of VCRs in the 1980s and 1990s, as well as DVD players in the 2000s, led to the rise of home video. Disney saw plenty of success in selling its movies on VHS and DVD. The DVD format also led to a boom in sales of season boxed sets of TV shows.

Similarly, streaming video in the 2000s and especially the 2010s displaced DVDs to become the dominant home video format. Since the major media conglomerates also own their own streaming services (or licensed out their product to others), that led to a massive amount of animation available on-demand at any time. This ranges from classic Saturday morning staples like “Looney Tunes” and “Scooby-Doo” to today’s popular cartoons such as “SpongeBob” and “Teen Titans Go.” Even minor Saturday morning cartoons like “Jabberjaw” or “Scooby’s All-Star Laff-a-lympics” are available on video.

Local and network TV news, as well as network morning shows like “Today,” are more profitable than children’s programming. NBC famously dropped its Saturday morning cartoons in the early 1990s for live-action programming (spurred by the success of “Saved by the Bell”), as well as a Saturday version of “Today.”

Even if a local TV station wanted to program its own traditional Saturday morning-style lineup, they’d find themselves hindered by the recent massive boom in media concentration.

Since the 1990s, there’s been a seemingly endless series of media company mergers, some of it aided by deregulation. (Yes, that word’s coming up a lot in this post for a reason.) Disney bought ABC; Time, Inc. and Warner Bros. merged to form Time Warner (and bought Turner’s assets afterwards); Comcast bought NBC (which had already bought Universal); and so forth. Recent years have seen further concentration, with Disney buying Fox’s assets, and AT&T’s ill-fated buyout of Time Warner (and subsequent spin-off of WarnerMedia, which is merging with Discovery).

The 1990s and 2000s saw media companies opt for vertical integration, either only airing cartoons they directly owned or letting such shows sit on a shelf to collect dust. For example, after Disney bought ABC in the mid-90s, the network’s Saturday morning programming shifted almost exclusively to Disney-owned material save “The Bugs Bunny and Tweety Show.” Even that show in 2000 moved (along with the few syndicated broadcast Looney Tunes packages) to airing exclusively on WarnerMedia’s own cable networks. If a non-Warner-owned station wanted to air Bugs Bunny (or other Warner-owned properties like Superman, “The Flintstones,” etc.), too bad.

As of this writing, there’s some material still licensed out to other services: Tubi (owned by Fox) carries some Hanna-Barbera cartoons; the MeTV digital subchannel TV network airs a block of Warner-owned cartoons on Saturday mornings; and Hulu still serves somewhat as a catch-all, though that’s starting to wane post-Disney-buyout. Still, if you want a specific studio’s cartoons, you’ll have to watch it on that studio’s own streaming service or cable channel.

Of course, the above-mentioned conglomerates own the broadcast networks, and have the resources to program a Saturday morning lineup. However, changes in children’s television rules since the early 1990s have made doing so a bit more difficult and (more importantly) less profitable.

Changing children’s TV rules in 1990 and 1996 led to the requirement that TV stations must air three hours a week of educational and informative (“E/I”) programming. PBS has no problem meeting this, of course, but for the commercial networks, this led to some restrictions on the 3-4 hours of Saturday morning programming they offered.

Additionally, the same rule changes added limits on children’s advertising. While this is one reason for the end of the 80s boom in half-hour toy-ad TV shows, it also makes children’s programming less appealing to broadcast TV stations. (Considering the infomercial is a thing that exists, that’s unsurprising.)

As such, the networks put in only the legal bare minimum of effort, licensing out the same company (Litton) to produce three-hour programming blocks (nature shows, etc.). Smaller stations usually carry live-action syndicated programs that meet the requirements. But overall, local TV stations aren’t sacrificing their infomercials or talk shows for anything more ambitious.

Cable TV, meanwhile, doesn’t have such rules on programming. Thus why most children’s TV animation shifted to there by the 2000s.

Overall, Saturday morning cartoons are no longer a thing, and aren’t coming back:

While there’s certainly nostalgia for Saturday mornings, TV animation is much better now than when I was a kid. I can watch any show, both old and new favorites, on demand; there’s a large variety of material available from numerous sources (versus being restricted to what’s on three broadcast networks); said material’s mostly better written and animated than what aired on Saturday mornings; and they aren’t just advertising for a toy. Also, increased attention to diversity and other cultural changes mean non-White characters are more likely to be the main stars, not just secondary cast members as was often the case when I was a kid.