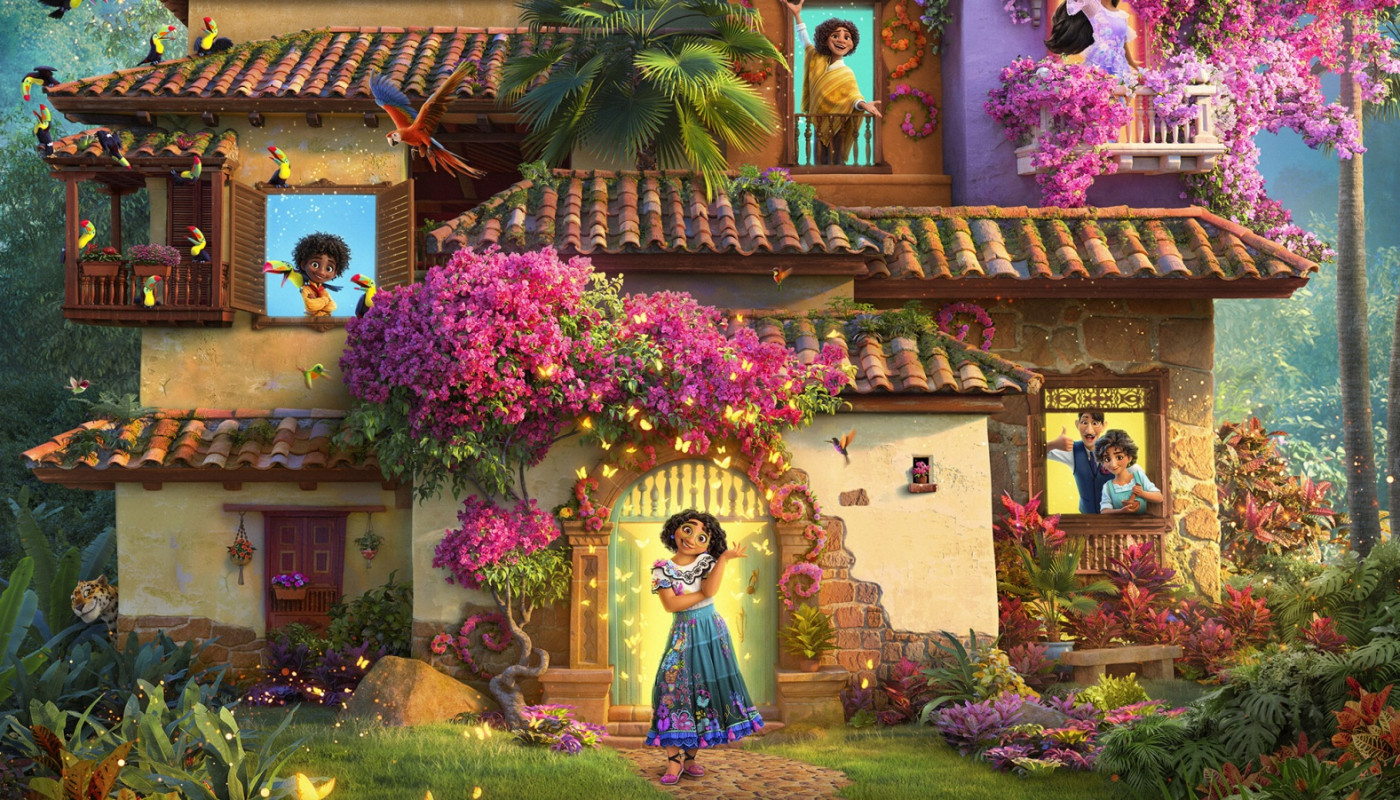 This year’s Academy Awards aired on ABC last Sunday evening. Below is a look at this year’s animation-related nominees and winners, plus my general thoughts on the Oscars. A full list of winners is available here.

Why bother watching the Oscars?

“Encanto” won this year’s Best Animated Feature. (Unrelated, but the Best Picture winner was “CODA.”) Three of the five nominees fell under the Disney umbrella (two Disney proper, one Pixar). I didn’t watch this year’s show (more on that below), but based on following Twitter during the broadcast, I have zero regrets. Even before Chris Rock and Will Smith’s incident (see below), the Oscars sounded worse than usual.

Before writing this post, I looked back at the previous Oscar posts, dating back to 2012. My observations:

This year, even if I wanted to tune in, I couldn’t watch the awards at all. I don’t have a TV antenna; the networks sued Locast out of business; and the only live streaming options involved paying for an expensive cable replacement service. However, instead of just streaming the ceremony live to the paying customers of the several streaming services Disney owns (Disney+, ESPN+, Hulu), the Academy and Disney-owned ABC opted to tinker with the ceremony itself.

This year, they switched some categories, including the animated and live-action short subjects, to be handed out before the main ceremony. This was to make room on the TV broadcast for more musical numbers, sketches, etc.; shorten the broadcast; and boost the ceremony’s declining ratings. Needless to say, this move has drawn a lot of backlash. It also didn’t achieve any of these goals. The ceremony ran three hours, 40 minutes. Also, the Hollywood Reporter reports viewership rebounded from last year, but was still the second-least-watched Oscars since recording its ratings began.

Given all of the above, I don’t feel bad about not watching the Oscars this year, or feel any incentive to find a way to tune in next year, either. And given the decline in ratings, I’m not the only one ignoring them (well, aside from writing about the Oscars for this blog).

Will Smith and Chris Rock

Of course, this year’s biggest Oscar moment was a surprise: Will Smith slapping one of the show’s hosts, Chris Rock, after Rock made tasteless jokes about Will’s wife, Jada Pinkett Smith (who has an autoimmune disorder, alopecia).

I’m not big on violence in real life (versus in entertainment); fighting with someone (or similar physicality like slapping) I see as a last resort or in self-defense. That said, I was surprised to see Rock post-slap just try to shrug it off as if nothing had happened… and even trotted out a variant of the old “it’s just a joke!” “defense.”

It also didn’t take long for some on Twitter and in the media to trot out the usual stereotypes about Black men as “violent thugs.” (*Sigh.*) I expect a lot of problematic takes on all of this over the next week or two.

Others might have something more insightful to say about all of the above. Still, I think it’s a sign comedians should rethink what’s an “appropriate” joke, versus just going for “anything goes” or refusing to modernize their humor. And again, it’s also a sign the Oscars should rethink their entire ceremony in general.

“CODA” as Best Picture: A win for streaming services (and TV/home theaters)?

This year’s Best Picture winner was “CODA,” a film about deaf parents and their non-deaf daughter. Debuting at the Sundance Film Festival, it was quickly picked up by Apple TV+ and distributed to theaters and on the streaming service simultaneously. Besides the other historic barriers broken for “CODA,” it also stands out as the first Best Picture winner that came from a streaming service.

Since day one of TV’s widespread debut, it’s been looked down on by many in Hollywood’s filmmaking side as movies’ “inferior cousin.” Admittedly, there’s a reason the made-for-TV movie wasn’t prestigious, and a 20-inch screen didn’t compare to a movie theater’s screen. That said, the hostility continued when any new TV-related tech came along: VCRs, DVRs, streaming, cable, etc. Supposedly, the only “real” way to enjoy movies as both an experience and in film quality was at a movie theater, not staying at home watching them on TV.

However, a lot in television’s changed in the past few decades. TV sets themselves aren’t 20-inch standard-definition CRT TVs anymore; large, high-definition flat screens are the norm. The home theater experience itself can be quite excellent.

The rise of cable and streaming services has also raised the quality of TV’s output. HBO alone has become known for putting out excellent programming. The same goes for streaming services… and now, one gets to be associated with a Best Picture Oscar, the traditional movie world’s biggest prize.

Finally, the moviegoing experience isn’t always great for everyone. Multiplexes are expensive, and can feel less than “magical” as an experience. And of course, the pandemic saw many shy away from theaters and wait for them to hit video/streaming instead, since personal health trumped going to a theater.

Overall, it looks like one doesn’t need to go to a movie theater for a great movie-watching experience, regardless of what some film directors insisted over the past year (and during a pandemic at that). While I don’t see movie theaters dying out, there’s now strong proof one can enjoy movies at home without missing an enjoyable experience.