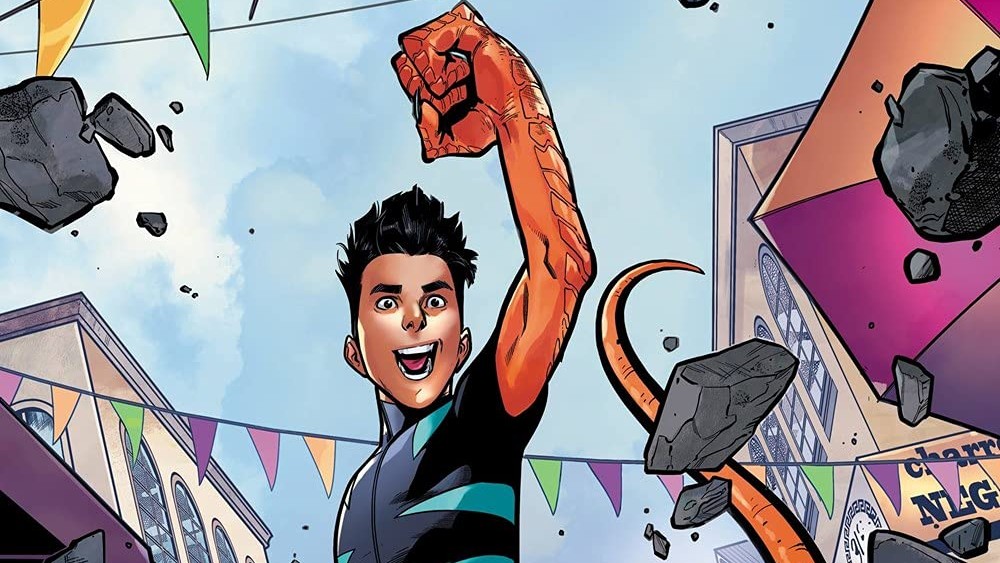 Here’s my monthly look at upcoming graphic novels of interest, this time for October 2021 (and beyond).

“The Batman & Scooby-Doo Mysteries” is a continuation of the previous series, “Scooby-Doo Team-Up.” This time, however, it’s just centered around team-ups between the Mystery, Inc. gang and Batman. The extended Batman Family is a part of this series, as well. So far, the series seems to be selling well for a licensed kid-oriented comic. July’s direct market sales figures states issue #4 (featuring Batman villain Black Mask) saw 20,000 issues ordered.

Reptil’s recent miniseries is getting collected into a trade paperback. I’m not sure what the future looks like for Reptil, however; I’m surprised he’s getting this much attention. Reptil (real name: Humberto Lopez) was originally created for the late 2000s “The Super Hero Squad Show” animated series. Humberto also debuted in mainstream Marvel comics around the same time.

“Moriarty the Patriot” is a manga series based on the classic Sir Arthur Conan Doyle Sherlock Holmes stories. In this case, Holmes’ nemesis Moriarty is the protagonist; the series focuses on the adventures of Moriarty and his associates in (and away from) London. I’ve read this series through the Shonen Jump digital comics subscription service (which is inexpensive at $2/month). I can’t say how faithful this series is to the original books, since I haven’t read the original Holmes novels. However, Sherlock is shown here (per the manga’s English translation) speaking with a particular British accent (Cockney?). The manga also makes fun of Sherlock’s traditional/stereotypical media portrayals (deerstalker hat, etc.) at one point. Any Sherlock Holmes fans (and/or those more knowledgeable about British accents) may feel free to chime in or correct me in the comments below.