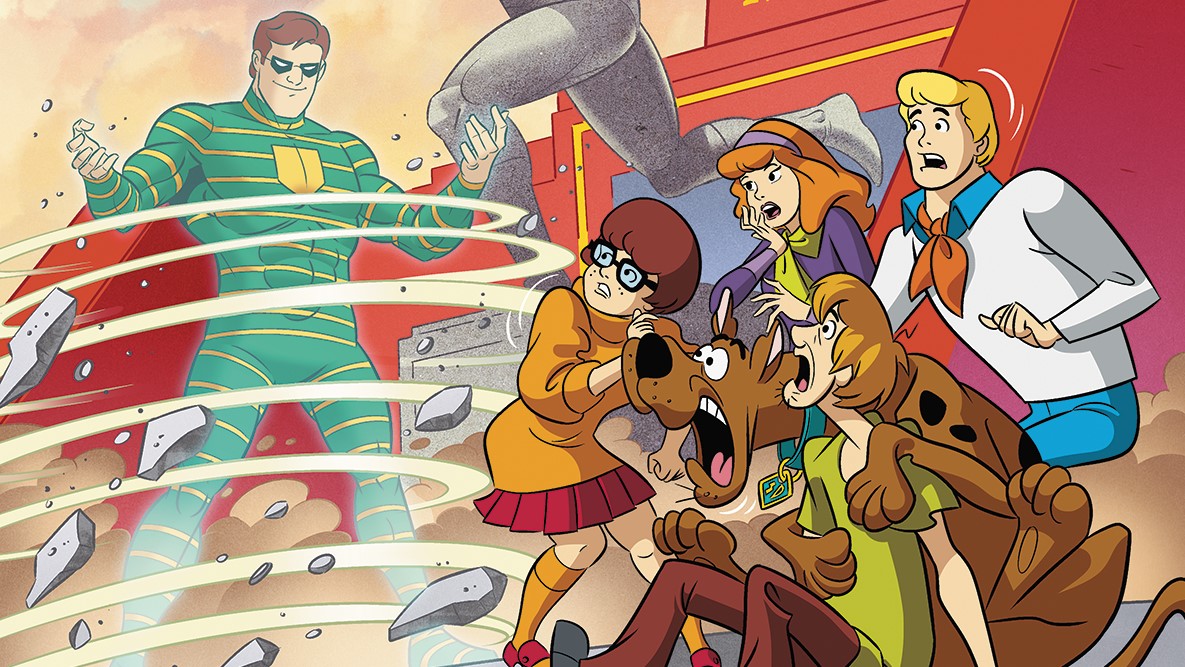 “Scooby-Doo Team-Up” has recently ended its run with its 50th issue. The DC Comics series featured the Mystery, Inc. gang teaming up each issue with a different Hanna-Barbera or DC Universe character. The characters started off with the obvious ones (Batman, the Flintstones, etc.), and soon delved into the more distant corners of both sets of characters (Frankenstein Jr. and the Impossibles? The Challengers of the Unknown?).

I did a post partway through the series’ run on which individual team-ups were the top-sellers. I thought I’d do a follow-up to cover the series as a whole. Granted, most people will read the series through its various trade paperbacks. Figures are taken from Comichron. Issue numbers are for the paper single issues. (Also, mild SPOILERS.)

Here’s the top 10 selling issues overall. They’re also the top-selling DC superhero team-ups, as those generally sold better than the Hanna-Barbera ones.

Both Harley Quinn appearances were the top sellers for the series overall, hitting what a low-selling DC Universe book would sell. After that were the two early Batman appearances.

Surprisingly, the top-selling non-Batman-related DC guest-star was the Marvel Family. I assume Marvel/Shazam Family fans were abuzz for Billy, Mary, and Freddy’s team-up with Mystery, Inc.?

Interestingly the DC canines (Krypto, Ace, etc.) did well, with Krypto’s appearance outselling that of his owner Superman. Also selling well were the Flash, Wonder Woman, and the Hawks. The last one’s appearance managed to sum up their now-beyond-convoluted back story reasonably well (or well enough, in their case).

Space Ghost was the most popular Hanna-Barbera character by far. Ditto stalwarts the Flintstones and Jetsons. I’m surprised Secret Squirrel ranked that high, though.

The final issue featured a Scooby-Doo-centric “Crisis on Infinite Earths” parody. We also got what’s probably the first appearance of Scrappy-Doo in a non-“Scooby Apocalypse” comic since the mid-1990s. That’s when Archie Comics briefly held the Scooby-Doo comic license, and featured him in some stories.