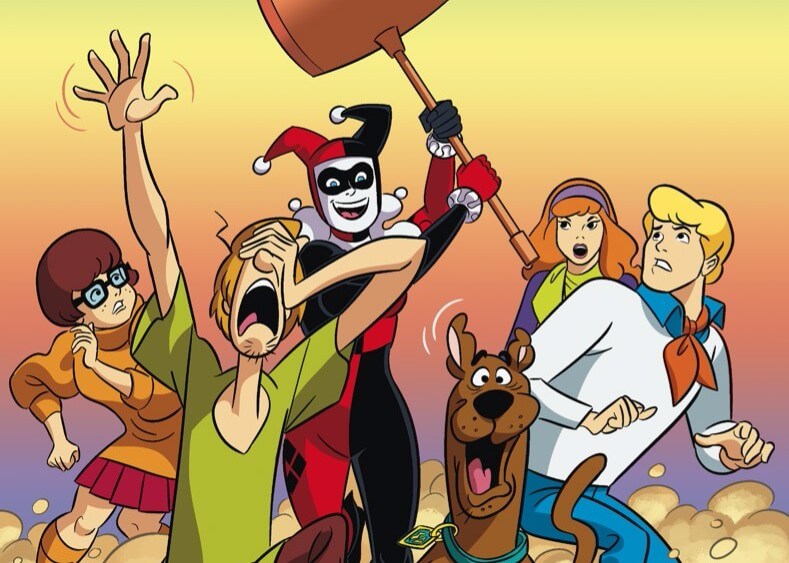 “Scooby-Doo Team-Up,” for the unaware, is a monthly (originally bimonthly) comic book published by DC Comics. Its premise? Each issue, the gang teams up to solve a mystery with a different character from either the DC Comics superhero pantheon or the Hanna-Barbera cast. Since launching in 2014, the series has shown everyone from Batman and Robin (in the first few issues) to Secret Squirrel to Jonah Hex. Scooby-Doo fans will recall “The New Scooby-Doo Movies,” the 1970s spin-off series that had a similar premise.

But which issues of the series have sold the best? Granted, DC’s kids’ line and digital-first titles tend not to be strong sellers as physical single issues. Comics Beat also noted that “Team-Up” exists in part to maintain trademarks, so high sales might not be as crucial. (The same’s likely the case for the bimonthly “Looney Tunes” comic, which usually is also a low seller.) “Scooby-Doo Team-Up” might also do better in digital form and/or as trade paperbacks sold at regular bookstores.

Here’s the top-selling DC Universe issues (and the top-selling issues period) of “Scooby-Doo Team-Up.” Information is taken from Comichron, and is as of this writing/with the release of issue #27 (featuring Plastic Man).

Yes, Harley Quinn is the most popular guest star of the series, even outselling Batman himself.

Surprisingly, the top non-Bat-related entry came in at #5 on the list: the Marvel Family. I’m not sure why Captain Marvel, Mary Marvel, and Captain Marvel Junior sold so well. A Google search showed some Shazam/Captain Marvel-related websites talked up the issue, so maybe fans helped boost its numbers?

Meanwhile, sixth through tenth place were taken by: Wonder Woman; the Flash; the Spectre, Deadpool, and the Phantom Stranger; Krypto, Ace, G’nort, and the Space Canine Patrol Agents; and Hawkman and Hawkgirl. Oddly, one of the lowest selling DCU characters was Superman. (He was outsold by his own dog?) The other two lowest selling DCU characters were Plastic Man and the Martian Manhunter.

I assume Space Ghost’s recent popularity growth helped boost sales above his other Hanna-Barbera cohorts. There’s nostalgia for his classic 60s series, plus his Adult Swim take. Space Ghost has also had a lot of comics exposure lately, via the “Future Quest” series.

Following Space Ghost came Hanna-Barbera stalwarts the Flintstones, Secret Squirrel, the Jetsons, and Jonny Quest. All of these characters are either their most popular stars and/or have a strong nostalgia pull (say, the 60s or 90s Secret Squirrel cartoons). Most of them have appeared in DC’s recent line of Hanna-Barbera comics.

“Scooby-Doo Team-Up” is a fun series, and deserves its monthly publication (versus its initial bimonthly publication). Still, I suspect most readers for this series (such as kids) will buy it in collected trade paperback form at a bookstore.

As for the series’ future, I wouldn’t be surprised if “Scooby-Doo Team-Up” brings Harley back again.