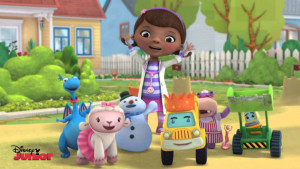 The biggest and most discussed news is that Disney’s launching its own streaming service in 2019. Content will consist of Disney-branded material. This includes Disney’s animated films, plus their shows from Disney Channel, Disney XD, and Disney Junior.

As such, Disney’s pulling its Disney branded shows from Netflix in 2019. From what I’ve heard, the non-Disney branded material Disney owns (ABC, Freeform, the various Netflix Marvel shows, “Star Wars,” etc.) should stay put… at least, for now. (Update: nope, the superheroes and droids are also heading to Disney.)

For Netflix, this represents the big loss of a major animation studio’s library. Granted, Netflix has invested heavily in its own animated fare, though largely via a deal to carry Dreamworks produced shows such as “Mr. Peabody and Sherman.” If Comcast, who now own Dreamworks, gets similar ideas to shift Shrek and company away from Netflix, that’d leave Netflix’s animation library in a troublesome spot.

ESPN to launch streaming service in 2018

This gives ESPN an indirect link to covering hockey. This seems ironic, as some hockey fans criticize ESPN for not paying enough attention to the NHL.

Related to the above, an ESPN streaming service will launch in 2018, offering an assortment of sports coverage. There’ll also be heavy ties to the aforementioned NHL.TV and other sports streaming packages.

I imagine hardcore sports fans will be interested in paying just for ESPN; it’d also mean not paying for Sling TV or the like just for one channel.