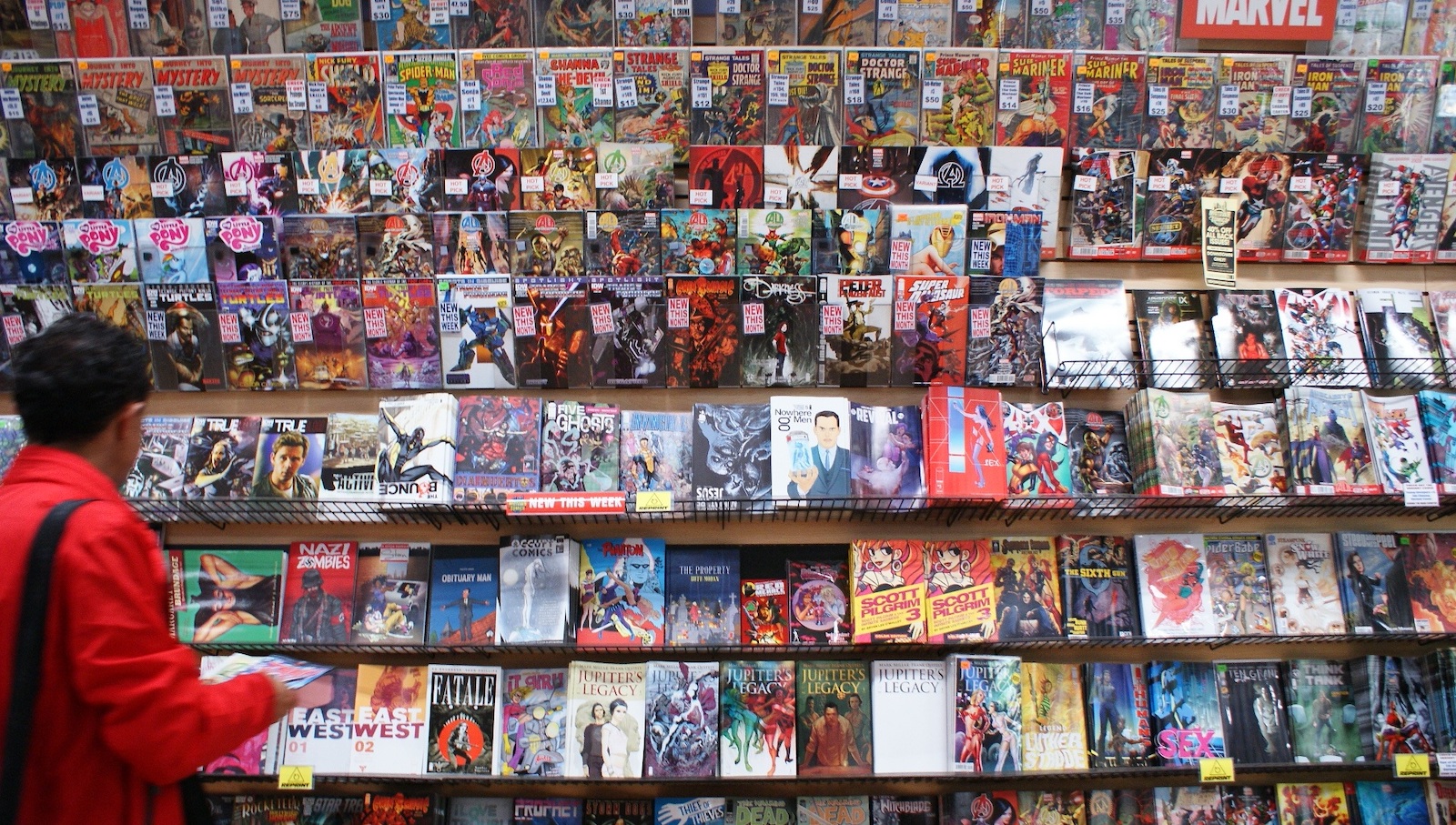 Other than Amazon’s purchase of Comixology, the biggest comics topic online in the past week’s been yet another embarrassing round of sexism by a vocal segment of comic fans.

To summarize: Janelle Asselin, a contributor to Comic Book Resources and comic creator, wrote a critique of the cover to the upcoming reboot/issue #1 of “Teen Titans.” (Yes, they just rebooted it for the “New 52” three years ago, I know.) The cover in question is shown to the right. Along with the bad looking costumes (what’d they do with Raven?!), Wonder Girl came in for the most criticism. Wonder Girl’s traditionally a teenage girl—usually Donna Troy—with a teen-sized version of Wonder Woman’s powers.

As Asselin notes, Wonder Girl looks rather artificially busty for an underage teenager, not to mention her costume’s design showing such off. Anyway, this criticism somehow attracted the attention not of the cover’s artist, but of another DC employee, Brett Booth, currently “The Flash”‘s artist. Booth posted the following response to Asselin (after some Twitter debate) on Twitter (copied and pasted as-is):

I see, the only way I can refute your argument is to not use logic, biology, google and also I can’t have a penis. Sounds fair.

Things, well, went downhill from there. Besides further similar remarks from Booth, a sizable number of fans also posted various remarks slandering Asselin on Twitter, as well as nastier comments, including threats of rape. Asselin’s discussed and summarized all of this (with examples of various crass Twitter remarks) on her Tumblr blog.

While I’m not sure what else I can add that’s not already been stated more eloquently by others, including Asselin herself and The Outhousers, I thought drawing attention to this issue was important. Either way, stuff like this is part of the reason why many in the general public hold such a lukewarm view of superhero comics and its fans, per the still-prevalent stereotypes such as “Comic Book Guy” on “The Simpsons.” They do like superheroes (as last weekend’s “Winter Soldier” box office proves), and they like comics (webcomics, “Calvin and Hobbes,” “The Walking Dead,” etc.), but not the two together. Fans and creators sounding like, or not caring about sounding like, every negative comics fan stereotype (“Neanderthal 30-year-old losers living in their parents’ basements”) doesn’t help the medium of comics, nor the superhero comics genre.

Of course, as far as the general public’s concerned, the Teen Titans are these guys:

“Teen Titans Go,” the team’s current TV incarnation, got 1.5 million viewers on a March 26, 2014 telecast on Cartoon Network; meanwhile, the most recent “Titans” comic (“Teen Titans” #29) sold 25,969 copies. If anything, the Titans might want to try resembling their TV counterparts a bit more. (Well, the 2000s TV series version, not the slapstick “Go.”) For that matter, DC might want to avoid yet another round of controversy over a Titans comic’s #1.