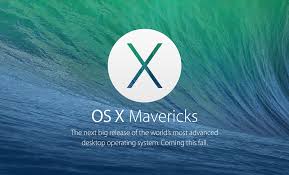 This week, Apple announced and/or released several new pieces of hardware and software. While there’s nothing earth-shaking, it does consist of items of interest to most Apple users.

The newest version of OS X, “Mavericks,” was released on Tuesday, with the surprise news that it’s A) a free upgrade for all compatible Macs and B) the list of “compatible” Macs stretches back some years—all the way back to 2007’s MacBook Pro models. Mavericks brings some changes to the Finder (improved labels, tabbed desktop windows, etc.), along with integrating iBooks (Apple’s ebook service) and Maps, plus losing the “skeuomorphism” that many have previously complained about. I plan to upgrade to Mavericks at my earliest convenience.

Upgrades were also made to iWork (Apple’s productivity office suite, a la the ClarisWorks/AppleWorks of old) as well as iLife (iPhoto, Garageband, and iMovie). The newest versions of iWork and iLife will be available for free with any purchase of a new Mac; existing Mac users that already own said suites can also upgrade to the newest versions for free.

The newest Mac Pro was also formally released on Tuesday. While resembling a trash can, it’s a big improvement over the previous cheese grater-like Pro that Apple let languish for much too long. Engadget summarizes the specs on its site, but imagine professionals will be interested in the upgrade.

For laptop users, the 13″ and 15″ MacBook Pro Retina versions have also been upgraded; the MacBook Airs have already received upgrades recently. Apple’s also discontinued the non-Retina 15″ MacBook Pro, leaving the 13″ non-Retina MacBook Pro intact with no upgrades. Given it’s not much cheaper than the Retina versions (and costs more than a comparable Air model), it’s probably not long for this world. Of course, I’ve long thought the same thing about the iPod Classic.

No revisions were made to the Mac Mini, despite that the current model’s a year old by now. While I know it’s the low end Mac model, I’d figure we’d see some sort of upgrade, however minor. For now, I’ll enjoy having the “newest and greatest” Mini model for awhile longer.

The iPad’s been revised as well. The newest iPad’s had some of its bulk shaved off of it, and now has been renamed the “iPad Air.” The pricing’s the same as the previous iPad. Oddly, instead of lowering the price on the previous iPad model, it’s been discontinued entirely, with the now-aging iPad 2 still being sold as the “cheap” iPad model. I’m not sure why Apple decided to keep the iPad 2, besides that its now-lower-end parts might make it cheaper to manufacture than the just-discontinued iPad model. Still, at only $100 less than the iPad Air, one would be better off saving up for the Air (or buying a refurbished previous-model iPad) rather than buy the iPad 2.

The iPad Mini also saw major upgrades, with Retina finally coming to the iPad’s smaller sibling. The new Retina iPad Mini is priced at $399, while the previous non-Retina model has had a price drop from $329 to $299. Again, not sure why the previous Mini model gets to live while the same’s not the case for the previous iPad proper. As for the Mini’s appeal, those heavily invested in iOS (and want a smaller tablet) will be interested. Newcomers to tablet ownership who’re open to Android might want to instead buy the new Nexus 7, at $70 less.

Overall, a nice range of upgrades across the Mac/iPad hardware line, but I’m wondering if and when we’ll see the next major Apple innovation. Such innovations seem to come along on average every three years: the original iMac (1998); the iPod (2001); the iTunes Music Store (2003); the iPhone (2007); and the iPad (2010). Granted, all of the above were released under Steve Jobs’ leadership. Whether Tim Cook plans to keep up the same rate of innovations, or has other things in store, remains to be seen. As for the new hardware releases, I plan as usual to see all of it in person at the Apple Store when they’re available.