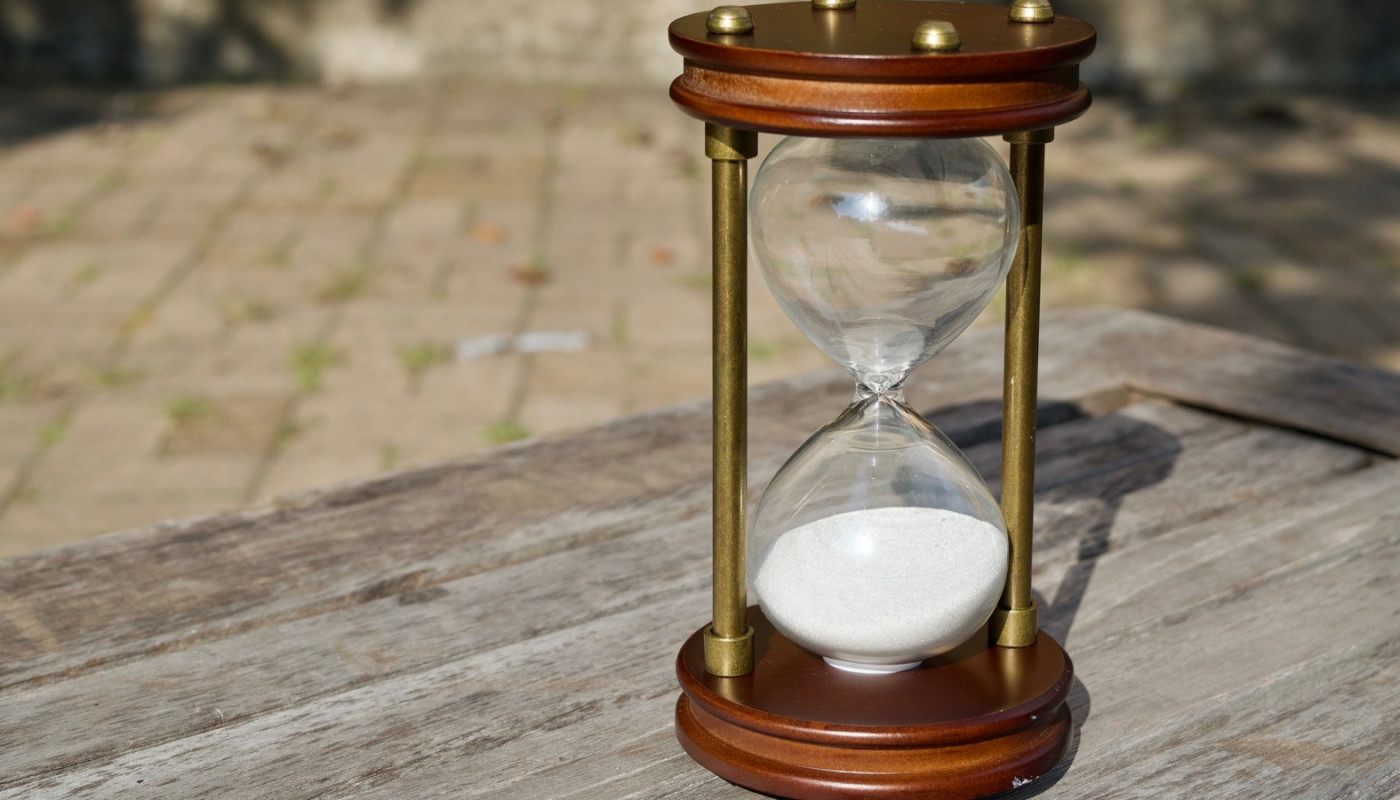 By their fictional nature, cartoon characters don’t age. As “realistic” as some might want them to be, Wolverine and Batman (created in 1974 and 1939 respectively) are generally as frozen in time as Bugs Bunny and SpongeBob SquarePants (created in 1940 and 1999 respectively).

The explanations for why cartoon characters don’t age in stories, however, vary. That said, they almost all fall under one of the categories below.

The most obvious answer might be to simply let characters age in real time. Not only is this the most realistic approach, but it also has other advantages. We age in real life, so why can’t our favorite characters age along with us? It also avoids odd time compression/timeline issues being raised, like the other methods below.

A few comic strips have aged the characters in real time. Lynn Johnston’s “For Better or For Worse” over its run saw the younger cast age from grade-schoolers to grown adults with kids of their own. Similarly, Alison Bechdel’s “Dykes to Watch Out For” saw Clarice and Toni’s son Raffi age from infancy to adolescence.

However, the downsides of this tactic are obvious. If you view the characters as a money-making franchise (such as the DC and Marvel superheroes, or popular comic strip characters like “Garfield”), realistic aging characters might harm or even end your franchise. While you could still show the characters in their prime via flashbacks, a bunch of stories permanently stuck in, say, 1995 might not be an option everyone wants or can use.

It also means eventually killing your characters, if circumstances demand such. I remember some fans of the family dog Farley in “For Better or For Worse” were dismayed to see him killed off for this reason (Johnston realized as a dog, Farley was getting very old).

Another option is an in-universe reason given for characters’ lack of aging. Here, the characters are aware of their circumstances in-story.

Depending on the story’s setting, there are many possible reasons. Among the most popular ones:

While less frequently used, in-story reasons can also explain a character being rapidly aged. See the Jon Kent Superboy, who (thanks to plot-related hijinks) went from being a grade-schooler to a teenager.

The disadvantage of this approach is that not all story settings allow for an in-universe explanation. The long-running comic strip “FoxTrot,” for instance, can’t use any of these reasons, given its semi-realistic sitcom setting.

Even in a more fantastical setting, in-story explanations might not apply to everyone. Superman could be a slowly aging alien, but the same can’t be said for his pal Batman.

The floating timeline is by far the most popular explanation in superhero stories, and sometimes appears in other comic settings. It’s less often seen in animation, however.

I wrote a previous post about floating timelines, but to summarize: all characters in the story’s setting stay non-aging (or age extremely slowly). However, the characters’ past events (births, weddings, graduations, career starts, etc.) are defined as taking place “x years ago.” As such, they’re simply moved up year-by-year as each real-world year rolls on. Topical references (the President of the United States, technology, pop culture, etc.) made in previous stories get ignored, unless handwaved away or is critical to the story.

The advantages of this method are several. For starters, it also allows one to broadly gloss over topical references. Examples include a character meeting the President, technology changes, or being a fan of a particular music group or TV show.

Floating timelines also let the characters stay relevant to current fans. At this point, Superman, Homer Simpson, and Spider-Man are Millennials, just like many of their fans. (As opposed to leaving them as Baby Boomers or Greatest Generation members.)

Finally, the characters stay marketable and, well, alive. This allows future generations to also enjoy these characters in their prime… and the characters’ corporate owners to keep reaping profits.

A variation on the above is characters slowly aging. Marvel Comics has employed “Marvel Time,” which basically says since the Fantastic Four’s origin (the start of the modern Marvel Universe), about 4-5 years’ worth of comic stories equal a year of real-world time. As such, Peter Parker’s gone from being a teenager (in his 1962 debut) to nowadays in his late 20s. Squirrel Girl debuted in 1991 as a 14-year-old, and is now a college student. Their pasts have also moved up accordingly.

Despite their popularity, floating timelines do have disadvantages:

This option is usually a simple declaration or statement by the story’s creators. One popular example is the “time skip,” or moving the entire story’s setting ahead in time. Characters can be aged up as needed.

The newspaper comic strip “Funky Winkerbean” has made use of this a few times. After a few time-skips, the originally teenaged characters are now in late middle age, with kids of their own.

Another example would be 70s and 80s DC Comics officially stating Superman is perennially 29 years old; thus, everything continuity-wise revolved around that.

One advantage of an official statement is that it gives creators freedom to simply state the story’s new situation timeline-wise. It also avoids some of the continuity concerns of other methods.

One downside is a sudden change in the characters’ timelines or ages can feel jarring to readers. It also runs the risk of feeling like it’s done on a whim.

Some stories might rapidly age only certain characters, usually children, with no in-universe explanation, or explanation that fits the other reasons above. In soap operas, it’s been nicknamed by fans as “Soap Opera Rapid Aging Syndrome.”

One reason for this is some writers don’t want to write about babies or young children, and feel writing about older kids or teens would be easier. Rather than age the entire cast accordingly, only the kid in question is aged up quickly, without attention drawn to it by anyone (save maybe as a brief joke).

The most prominent comic example is “Peanuts.” The comic strip saw Charlie Brown stay about the same age. However, his younger sister Sally aged from being a newborn to a few grades behind her brother. The Van Pelts (Lucy, Linus, and “Rerun”) also were subject to this. Linus went from being a preschooler in early strips to being the same age as, or slightly younger than, Charlie Brown. The final “Peanuts” strips in the 90s show Rerun go from being a toddler to starting kindergarten, but is only several grades behind his siblings Linus and Lucy.

This one is probably one of the most common explanations: none at all.

The character’s past or age will be of little to no importance to the story. Flashbacks to characters’ pasts will be minimal or nonexistent, or with little-to-no regard for continuity. Characters are simply the same age; it doesn’t matter if they went from seeing “Star Wars: A New Hope” on opening night to streaming “Star Wars” on Disney+ without aging or explanation.

This is the default assumption for most humorous cartoons and comics: “Garfield,” “Peanuts,” “Looney Tunes,” “Family Guy,” etc.

Advantages of this method include not having to worry about things like consistency, continuity, etc. Basically, “it’s just a cartoon,” and the creators can focus on the characters’ antics.

As for downsides, it might not work if one wants to tell a more serious story. In some instances, basically stating “who cares, it’s just a cartoon” might also come across as patronizing. There’s also been a shift in some recent cartoons away from episodic storytelling; ongoing plots, continuity, etc. are now popular.

Finally, there’s settings that either don’t neatly fit any of the above, or are a mix of the above explanations within the same story.

Since 1985’s “Crisis on Infinite Earths,” DC’s Justice Society has lived in the same universe as their younger Justice League counterparts. The elder JSA members are permanently tied to World War II, and born usually around the late 1910s or so as a result. Meanwhile, the JLAers are all perpetually non-aging characters, and always born at least “30 years ago.” Thus, the JSA aged in real time until the start of the modern superhero era (and its floating timeline) basically halted/slowed things?

Before “Crisis,” the JSA lived on a parallel Earth (Earth-2) subject to real time, unlike the JLA’s floating-timeline Earth (Earth-1). As such, between the first JLA/JSA team-up in 1963 and “Crisis” in 1985, the JSAers aged in real time (including younger members like Helena Wayne, aka the Huntress), while the JLA didn’t age much, if at all. If not for “Crisis,” Helena would eventually have grown chronologically older than the JLAers!

The 1985 miniseries “America vs. the Justice Society” shows DC acknowledge this. Jay Garrick describes to a Congressional committee the events of the landmark 1961 story “The Flash of Two Worlds,” before noting it “may have been later than ‘61 on [Earth-1]…things get a bit confused when you start mucking about with space and time.”

Jay’s line might sum up all of this. Overall, handling fictional characters’ aging, and their bigger continuity issues, can sometimes be tricky. That said, there’s multiple options for creators to choose from, all with their own advantages.

Image by kat7214 from Pixabay