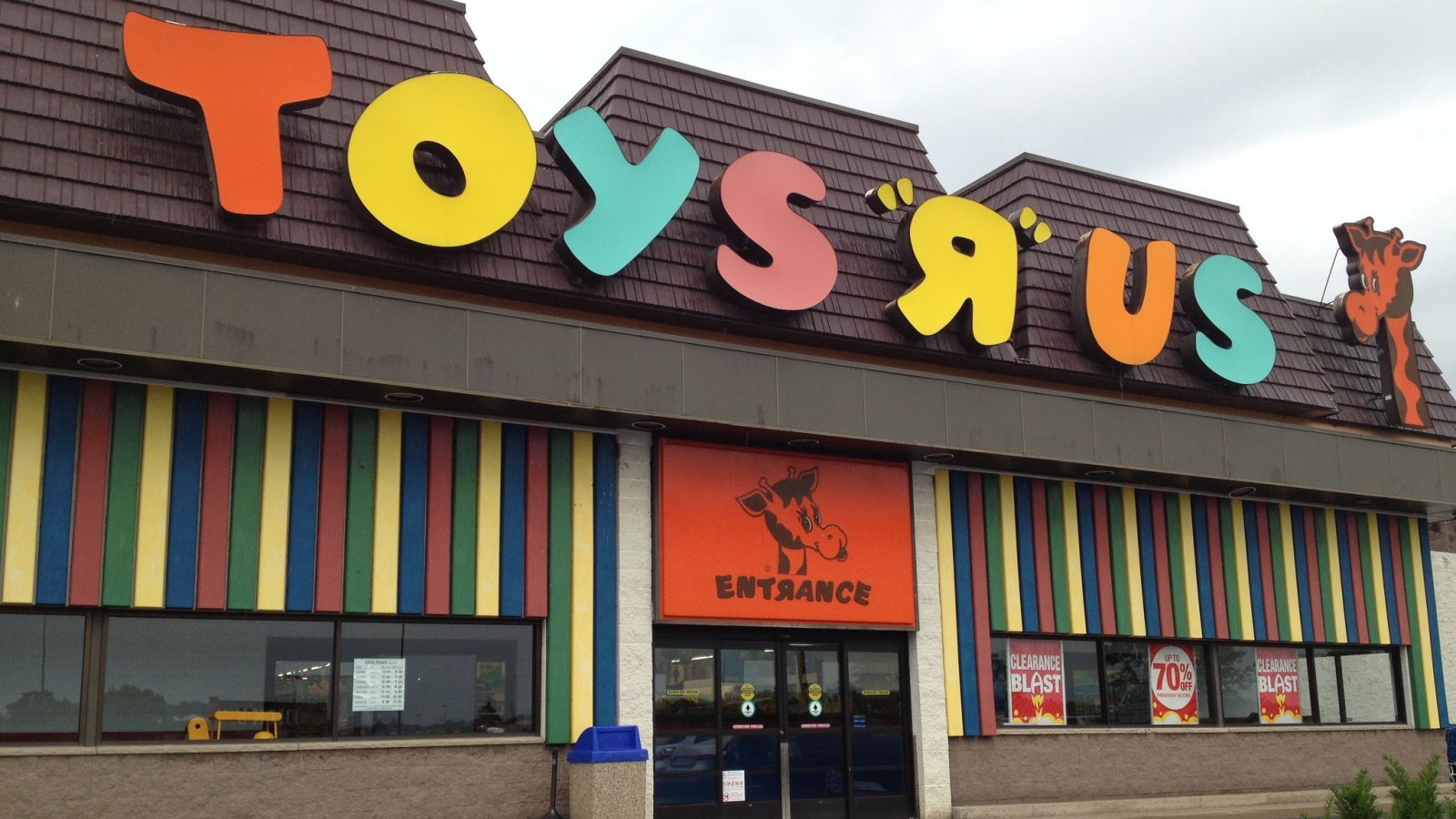 Iconic toy store chain Toys R Us has announced it’s shutting down, with plans to close or sell off all its stores in the United States.

Various reasons have been given for why the store chain’s shutting down, but the most prominent ones I’ve seen:

Per this Statista infographic, it seems Amazon’s become the dominant source for toys for Americans. Purchases from Amazon are nearly double the #2 spot, Walmart: 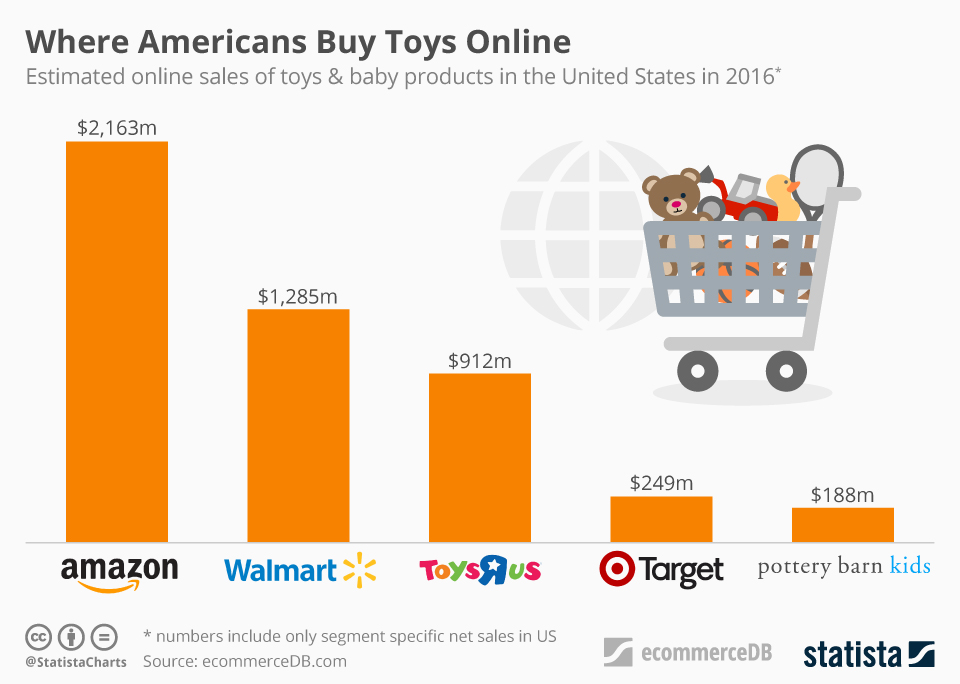 Still, while Amazon clearly outpaced Toys R Us, it’s also outpaced everything else. And while Toys R Us had various problems, Amazon was just one of them.

Memories of Toys R Us

I’ve written about the toy store chain a few times in the past on the blog. But to look back on a few animation- and comics-related highlights involving the toy store…

I grew up in a small town that didn’t have a Toys R Us (one eventually opened, but I’d left town by then for college). Thus, my childhood memories of the chain mostly come from its catchy TV ads. Here’s an animated one that aired at the holidays during the 1970s and 80s (not the store’s famous “I don’t want to grow up” jingle, but still nice):

One Million Moms seems to have had it in for the toy store chain for years. Back in 2012, they tried to launch a boycott of “Life With Archie” over the wedding of the adult Kevin Keller to his partner. Needless to say, the boycott attempt backfired; the issue sold out instead.

Some years ago, I took a trip to New York City. Among the sights I saw in Times Square included the flagship Toys R Us store. There, I bought a few cartoon-related items, including a stuffed Yogi Bear toy.

The Times Square location was a major flagship for Toys R Us. It opened in 2001, and closed just after the holidays in 2015. It’s now the home of a flagship Old Navy store.