Black Panther not only did well at the theaters, but also made several appearances on the bookstore comics sales charts. Coats’ run came in at #2, #9, and #15 (for volumes 1, 2, and 3 respectively). The only other Big Two title to appear is “Watchmen” at #18. T’Challa also dominated the separate superhero chart.

“My Hero Academia” topped the charts here, but more noteworthy is that Viz Media took up 18 of the 20 slots. The only exceptions: “Black Butler” volume 25 and “Citrus,” volume 7. I’ve read the first volume of “Black Butler,” though not “Academia.” 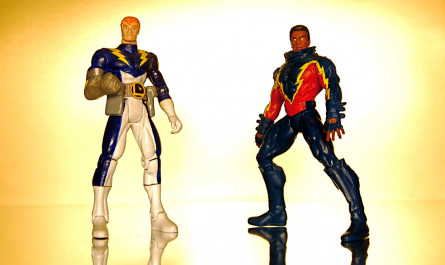