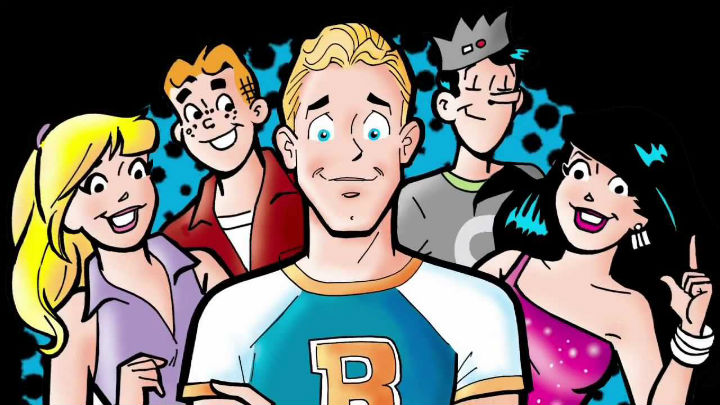 Kevin’s an “army brat” who’s moved around with his family to various cities, before they finally decided to move to Riverdale. Kevin shares Jughead’s voracious appetite for food. However, he seems to have become a closer friend to Veronica, who tried to hit on Kevin in his first appearance. Kevin’s other interests include writing, track, and serving as class president. He’s also been out to his family, and to everyone in general, for some time, like many gay teens these days.

Kevin’s also made appearances in “Life With Archie.” The adult Kevin had enlisted in the military like his father. He also married an African-American doctor (Clay Walker). Anti-gay group “One Million Moms” got wind of this issue. However, the group’s protest of Toys-R-Us over selling the comic resulted in the issue selling out.

Despite only being a few years old as a character, Kevin’s made quite an impact in comics. Most prominently, Kevin had his own ongoing bimonthly comic that ran from 2012 to 2014. For awhile, this made Kevin the only gay male lead in a major American comic publisher’s comic. The Big Two comics publishers do feature various LGBT characters, such as DC’s Batwoman and Marvel’s Northstar and Wiccan.

However, Kevin is unique in that he marks the appearance of an openly gay character in a comic aimed at children. That’s something that’s still a rarity in American media. Fortunately, that’s starting to slowly change, with children’s TV shows such as Cartoon Network’s “Clarence” and “Steven Universe.” There’s also comics such as “Lumberjanes.”

Archie has spent the 2010s making efforts to update its cast of characters. Thus, it’s nice to see they’ve included an openly gay character. Didn’t think I’d see the day when Marvel’s wedding news for Northstar would be met with some accusing them of “playing catch-up with Archie.”

Kevin’s still making regular appearances across the Archie line, including in their 2015 reboot of the main “Archie” title.