Marvel today announced the “Phase 3” film releases for its upcoming films (the “Marvel Cinematic Universe”). The film schedule has some welcome surprises:

The biggest news out of the above, of course, is that we’re finally getting Black Panther and Captain Marvel movies. For the former, we received a casting announcement that Chadwick Boseman will play the Black Panther. There’s also this film poster: 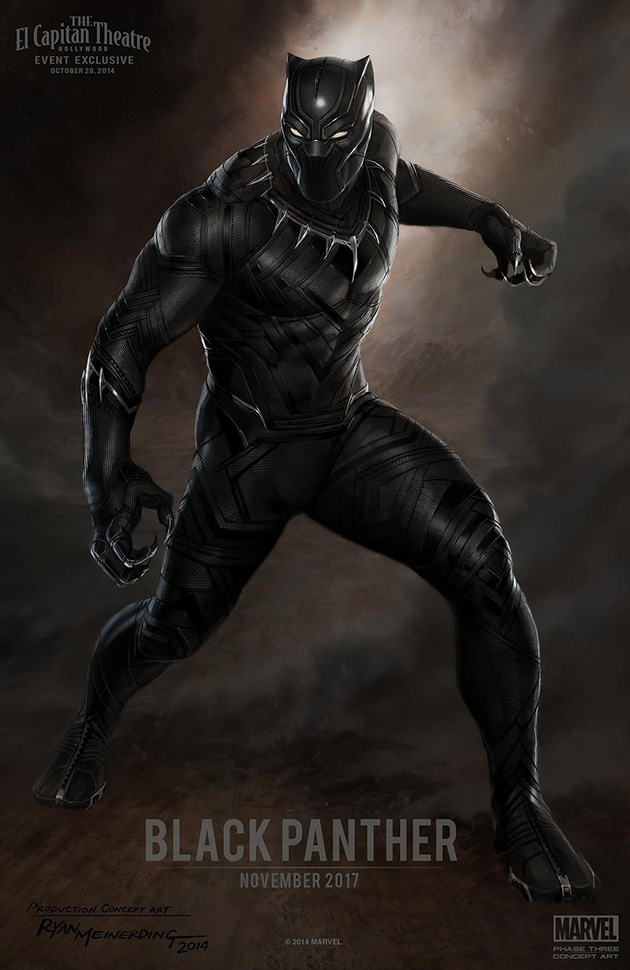 For “Captain Marvel,” fans of Carol Danvers will be over the moon (good script permitting), but I imagine there’ll be plenty of people in the non-comic-reading general public (mostly over 30 or 40) that’ll be confused by Captain Marvel not being a little boy who says “Shazam!,” even with a film by that name coming out.

We’re also getting an “Inhumans” film. I wonder if it’ll include Kamala Khan (the current Ms. Marvel)?

Finally, Newsarama has this schedule combining today’s Marvel news with the already-existing Marvel/DC film schedule slate. Looks like Black Panther’s film only has two weeks before it goes up against the first “Justice League” film. “Captain Marvel” has a week before a currently-unknown rival Marvel film from Fox is tentatively set to be released, but three weeks before the “Aquaman” film is out.