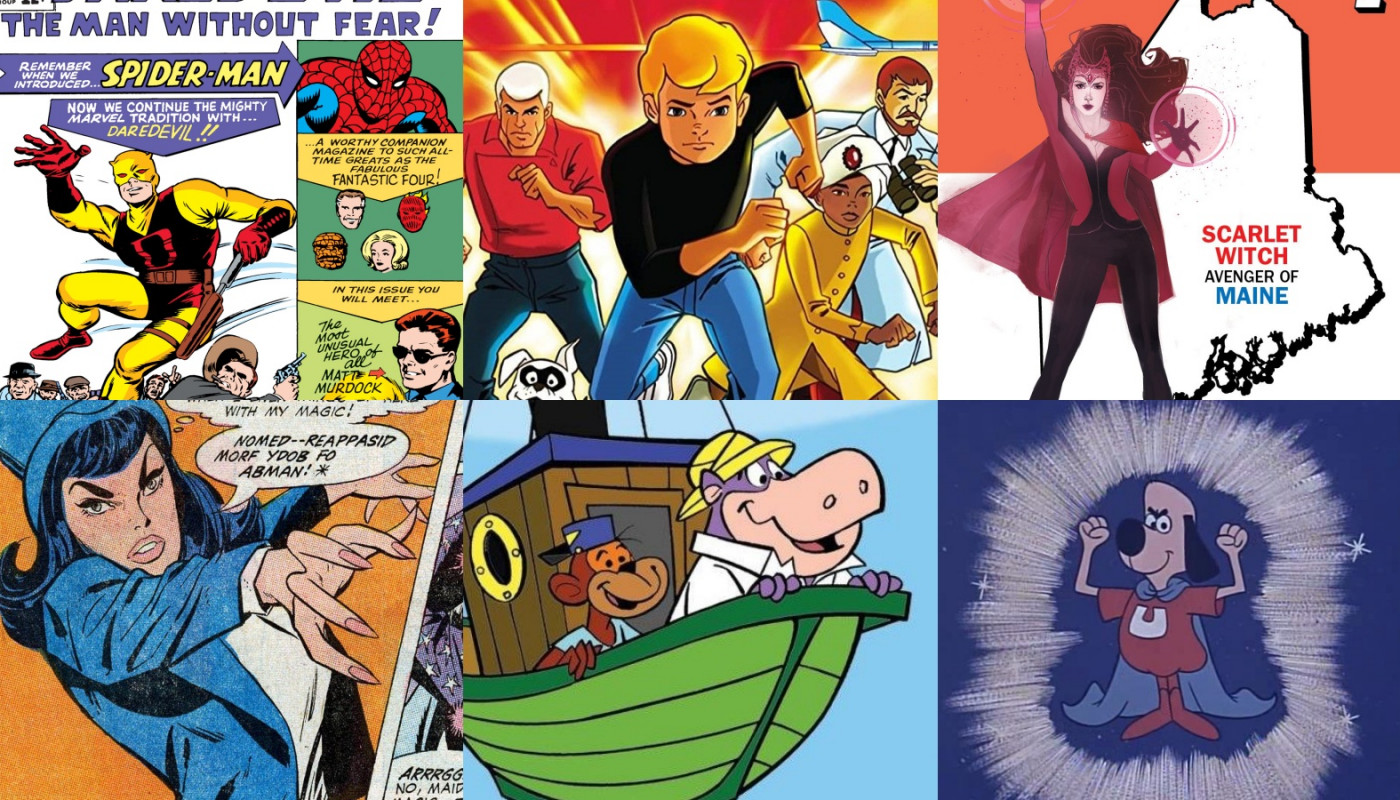 It’s time again for my annual look at what animated cartoons and comics would’ve entered the public domain as of January 1, 2021 under their original copyright terms, but didn’t, thanks to retroactive extensions.

If the former laws were still in effect, material (including comics and animated cartoons) created in 1964 would be entering the public domain in 2021. Instead, copyrights were retroactively extended in the late 70s and 90s, the latter thanks to heavy lobbying by Disney and a few other wealthy interests. As such, it’s now 95 years for most corporate works (as “work for hire”), or the life of the author plus 70 years for creator-owned works (such as my blog).

Fortunately, as of 2019, the public domain became active once more, as older material started to see their copyrights expire. In 2021, material created in 1925 will enter the public domain. The most famous example from this year is probably F. Scott Fitzgerald’s classic novel “The Great Gatsby.” As of January 1, anyone will be free to reprint or adapt the novel and its characters, including making their own movie adaptions.

Below is a list of cartoons created in 1964 that should’ve entered public domain in 2021 under their original copyright rules.

“Underdog” is a classic 60s cartoon about a bumbling canine superhero who always spoke in rhyme. His alter-ego is a shoe shiner (named “Shoeshine Boy”).

The “gorilla for sale” debuted this year. Magilla was a cheerful gorilla who lived in Mr. Peebles’ pet shop. Despite Mr. Peebles’ repeated attempts to sell Magilla, the gorilla would always end up back at the shop.

Peter Potamus is a friendly purple hippo who, along with his pal So-So the monkey, traveled around the world (and through time) in a magic flying balloon. He’d also use a “hurricane hippo holler” on foes. Backup segments included:

“Jonny Quest” is a milestone in TV animation, as it’s the first half-hour animated series that’s dramatic, rather than comedic, in tone. It also centers around realistically drawn human characters (versus funny animals), and for its era was well animated (if still reflecting the decade’s stereotypes).

“Jonny Quest” proved popular in reruns over the years, and would see various revivals in the 80s and 90s. DC Comics also published an updated comic version a few years ago.

Live-action/animated movies released this year include:

A half-hour animated anthology series starring various Post cereal mascots of the era, including the most well-known one to this day, Sugar Bear (for Post’s “Sugar Crisp”/”Golden Crisp” cereal).

This show was driven off TV in the late 60s, when children’s TV advertising rules were tightened. Said rules stayed in place until the early 80s, when the Reagan administration’s deregulation efforts led to the explosion of 80s toy-based cartoons.

The stop-motion animated holiday classic debuted in 1964, and has aired on TV annually since.

The final classic-era “Looney Tunes” shorts were released this year, including the final classic-era Bugs Bunny short “False Hare.” The original Warner Bros. animation studio shut down by 1964; a new series of theatrical animated shorts created by third-party studios would be produced until the end of the decade.

If we’d kept the same copyright laws under which all of the above cartoons were created, it’d be a world where Zatanna, Underdog, “Crisis on Earth-3,” and Magilla Gorilla were as free to use as King Arthur, Sherlock Holmes, or Dracula. Instead, these characters won’t enter public domain until 2060.

Many of these characters are still making plenty of cash for their corporate owners. The Scarlet Witch is set to star in her own Disney+ TV series, “WandaVision,” in 2021; Disney recently made a sequel to their own “Mary Poppins”; and DC’s set to publish a miniseries starring the Crime Syndicate in 2021.

Still, since 2019, actual material is now being added to the public domain each year. In terms of cartoons, a big one, Mickey Mouse, is set to do so in 2024, only a few years from now. That’s barring any major copyright changes in the next several years, of course. And even then, I expect Disney (and others who own popular 1930s characters, like the early DC superheroes and Looney Tunes for Warner Bros.) to use trademark laws (which are distinct from copyright laws) like a club. See the current status of Tarzan, whose estate basically controls any media usage (thanks to owning the trademarks) despite Tarzan’s original stories having long since entered the public domain.