Time again for my two cents on what’s coming out from DC Comics, this time for July 2011:

The latest-and-greatest(?) crossover, “Flashpoint,” is being pushed hard by DC this month.

Of bigger interest is the start of the “Retroactive” series of decade-by-decade one-shots. Superman, the JLA and Batman are of particular interest to me. While I like Hal, I’ll have seen plenty of him already by this point in the summer, thanks to the upcoming “Green Lantern” movie/related appearances (plus, I need to save money *somewhere*). Meanwhile, Wonder Woman in her “white costume” phase isn’t what I was hoping for, though it is her most iconic aspect from the 70s (aside from the live-action TV show and “Super Friends”).

“Tiny Titans” this month sees Bizarro World show up. Though from the cover, you’d think two Bizarros in love would be throwing things at each other to show their “affection”…

“Young Justice”‘s cover/description reminds me why I didn’t enjoy the TV series (or its obnoxious versions of Superboy and Superman). Which I figure means it’ll be deemed a classic in no time, given my tastes not meshing with comicdom-at-large’s…

I liked the cover of “Looney Tunes,” which is hitting its 200th issue this month. (It looks like Bugs is driving a Smart Car…). I wonder why they didn’t go for an “all-star” themed anniversary issue cover, though, especially given Bugs’ “birthday” is also in July. Bugs’ first cartoon, “A Wild Hare,” debuted on July 27, 1940. 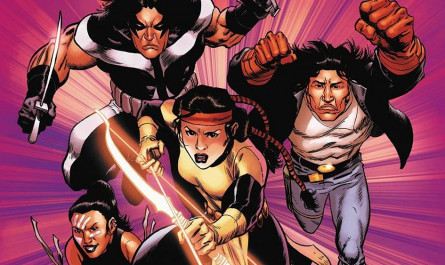