After a week, my “favorite minority cartoon characters” poll is now closed, and we have a winner, despite the very sparse vote count. The winner is… 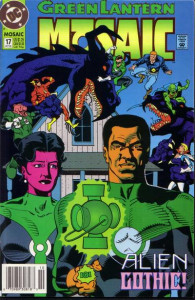 Thanks for voting, everyone! If you’re wondering about the results:

Interesting vote results. I was expecting more votes for Storm (from X-Men fans) and/or Oracle (Barbara Gordon/Batman fans). Also peculiar is one vote for Catwoman, who doesn’t fit the poll’s requirements… unless the voter watched the live-action movie starring Halle Berry.

A look at the 2020 Golden Globe Awards animation nominees