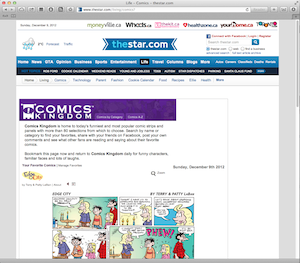 In week five of the Mac Mini ownership, I thought I’d try moving over to the Mac’s default browser and email programs, Safari and Mail respectively.

I’d been using Chrome and Thunderbird, but thought giving the Apple-written programs a go might be worth trying. Additionally, Chrome isn’t 64-bit for some reason, while Thunderbird’s development has been discontinued, save security updates. (While Thunderbird’s perfectly usable, I’d have to wonder about its long-term future, or what happens when a newer version of OS X comes along…). So far, Safari is running smoothly, and seems fairly fast. I do have some nitpicks, listed below.

The only other major downside is Safari’s lack of support for RSS (stripped by Apple from Safari and Mail with Mountain Lion/upgrade to Safari 6), with RSS links clicked resulting in a message asking users to use a separate RSS reader. Not sure why Apple would remove something that’s still widely used (and isn’t in danger of being obsolete anytime soon) from their browser, but I do have other RSS means available, namely Google Reader. A Safari extension called “RSS Menu” (by Calum Benson), available from Safari’s extensions archive, will place an RSS button on the toolbar. Clicking on that while on a page will send one to the RSS reader of choice (or Google Reader, in my case). Finally, there’s a lack of pinned tabs for Safari, which might be useful for my Facebook access; however, since Safari’s capable of reopening the same tabs upon relaunch, this might not be much of an issue.

Mail, meanwhile, I have fewer nitpicks about, as it imported/set up my usual email accounts without problem. I customized the toolbar slightly and without issue, and also set up email address signatures, etc., without problems. The only nitpick is I don’t see a way to hide the preview pane, other than double-clicking the divider between the preview pane and email list pane to auto-hide it.

Meanwhile, I’m considering a stand-alone RSS reader program. Will let you know how that goes…