Today, Apple held another of its famous keynotes. While this one was mainly billed as pushing the Apple Watch, there were a few other announcements made today.

The centerpiece of the announcement, the Apple Watch, gave some more details about Apple’s “wearable,” as we’re calling such devices in 2015.

Among other details, the Watch supports controlling/playing music, which should make it useful for gyms and similar activities versus carrying around a bulky phone or iPod Touch. It also has a screen, unlike the iPod Shuffle.

The Watch goes on sale April 10, with three versions available. The base version, Apple Watch Sport, starts at $349. The mid-level version, Apple Watch, starts at $549. The highest level version, the Apple Watch Edition, is made out of 18k gold and starts at the eye-rolling figure of $10,000. Keep in mind that a recent-model iPhone is also required to fully use all of these Watches. While I suppose they’re more functional than my old $25 Timex, it’s still expensive for something that’s being treated as an accessory to a smartphone.

As for the $10,000 Apple Watch Edition, unless it’s made out of amazonium (the older comic name for the metal Wonder Woman’s bracelets are made from) and can summon Superman via an ultrasonic signal (a la Jimmy Olsen’s signal-watch), it’s definitely not worth the price, especially for a piece of electronics that’ll be obsolete by the end of the decade.

Although there’d been rumors, it was still a bit of a surprise to see Apple also announce a new MacBook model.

I’ve written about the rumored new model before, and it looks like the rumors are all correct. It’s a super-thin 12″ Retina-screened model with a redesigned trackpad. It’s also only got two ports: a headphone jack, and a USB Type-C port that’s designed to work with everything: power, HDMI, VGA, etc. While flexible, it means users will have to deal with yet another new port standard, as well as new cables, the likely need for some sort of hub to connect more than one device, etc. That alone might put off prospective customers.

Pricing starts at $1300, with a $1600 model also available. The MacBook’s also its own stand-alone line, separate from the MacBook Air and Pro. Apple did also announce general spec bumps for those models.

I can see why Apple’s moved in this direction—the assumption that everything will be even more wireless in the future than it already is here in 2015, so less need for ports. Still, it’s odd to think my $200 Chromebook has more ports than a computer costing 6-8 times as much.

Apple TV also got attention today. Tim Cook announced it’s receiving a $30 price cut, from $100 to $70. On top of that came news that HBO Now will be exclusive to Apple TV when it debuts in early April, before the April 12 premiere of popular show “Game of Thrones.” HBO Now will cost $15 a month, with a 30 day free trial.

The price cut should make Apple TV more competitive with the higher end streaming boxes, namely the Roku 3 and Amazon Fire TV, both priced at $100. Roku has the Roku 2 at $70, but the Roku streaming stick (at $50) or the Roku 3 would be better buys.

As for HBO Now, it won’t be staying exclusive to Apple’s devices for long (just three months, according to Engadget), but it does give a boost for Apple, especially with “Game of Thrones” coming back on TV soon.

What’re your thoughts on today’s Apple news? Do any of these devices interest you at all?

The most popular Android apps I actually use in 2017 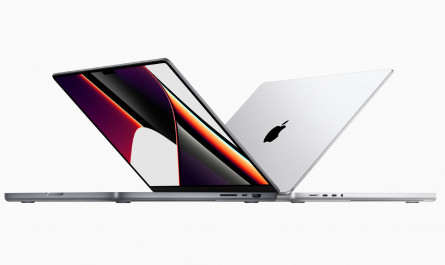