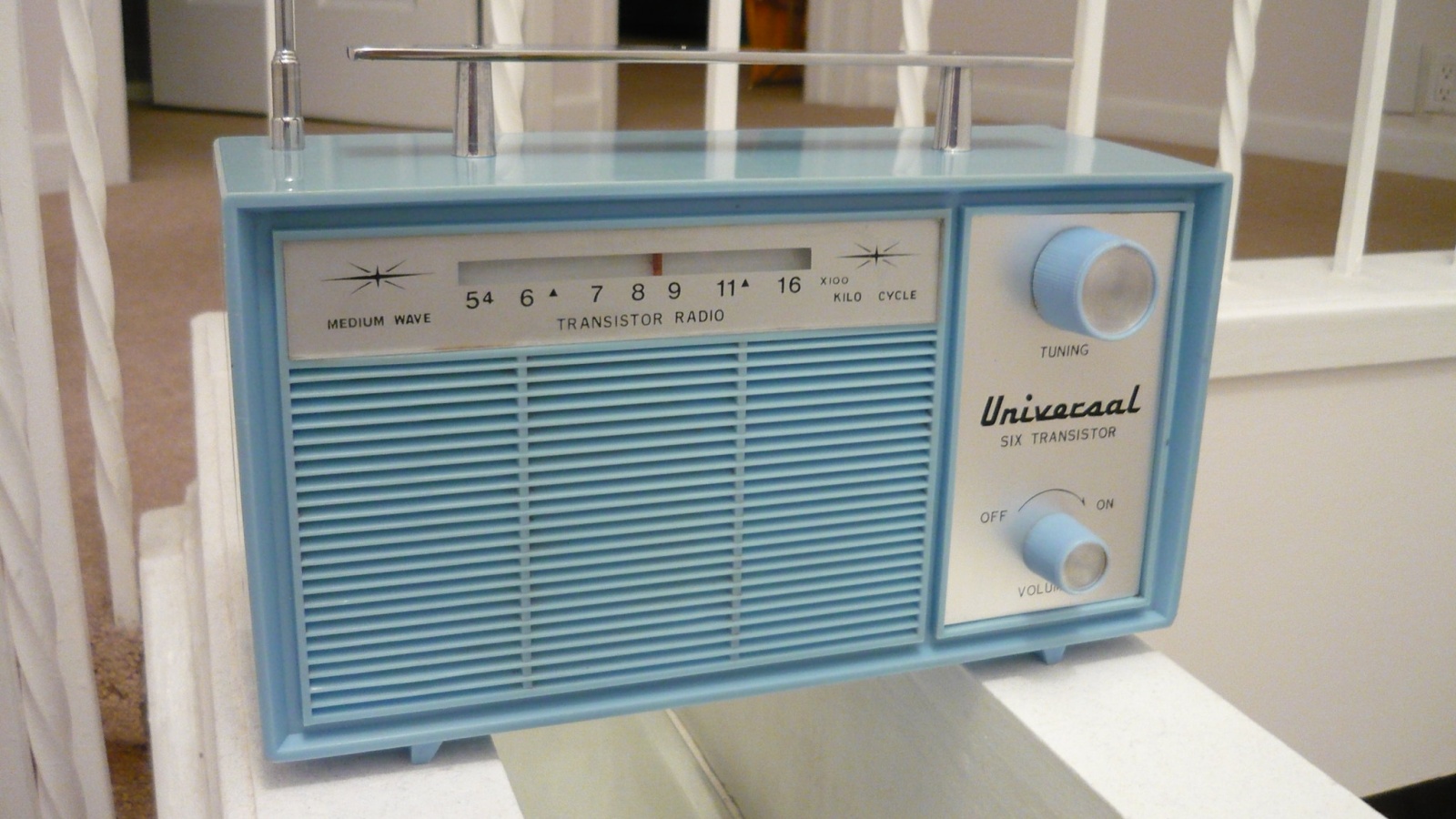 In the United States, the Internet is now the dominant way of discovering new music, finally topping the decades-old mainstay, radio. That’s according to a survey by Edison Research, showing that as of this year, Internet users discovering new music finally outnumber radio users, 44% to 32%. An infographic from Statista is below: 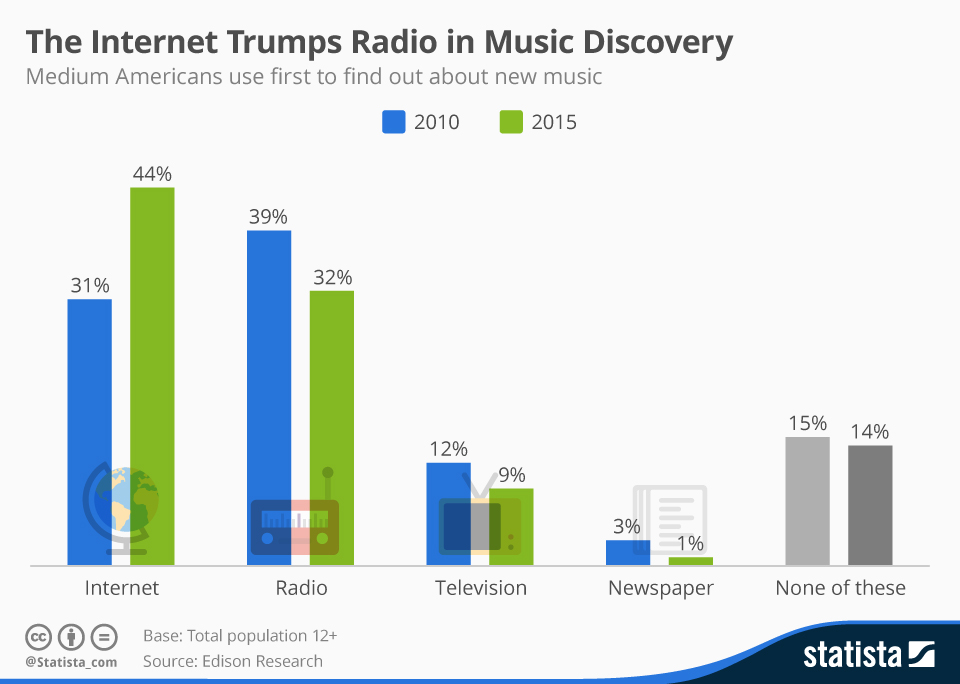 Of interest is that “none of the above” (which I assume could include friends, public performances, etc.) outnumbers television, which is in the high single digits. I suppose it shows the age of MTV as a music video source is truly over. However, it also shows that the multiple genre-specific digital music video channels that’ve replaced the main MTV/BET/VH1 channels for music aren’t even close to radio, let alone the Internet, for music discovery.

As for newspaper, I assume music discovery through those are from articles about musicians and/or the weekly Billboard sales charts?

The full report has some other interesting details from the survey, as well:

Overall, it looks like a lot more iHeartRadio users than I expected; the influence of Clear Channel/iHeartMedia’s massive radio station ownership at work? Also, despite the popularity of Spotify, Pandora still dominates streaming audio in the United States. Not surprising given some of Pandora’s advantages. It’s free, available on a lot of devices (cars, smartphones, etc.), and had a big head head start on Spotify. Pandora’s parent company was founded in 2000, and had a dominant presence by decade’s end. Meanwhile, Spotify didn’t enter the US until 2011.

What music services are you using?