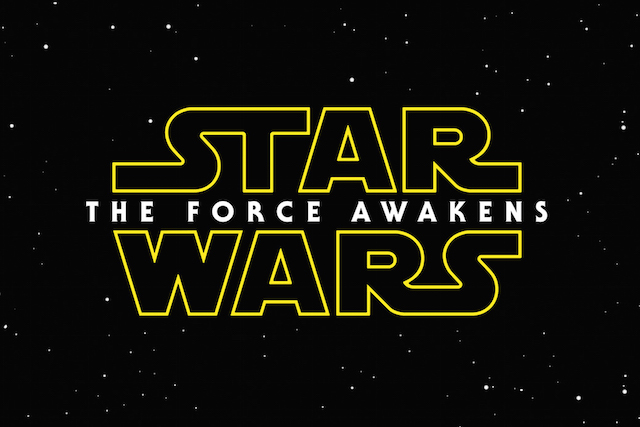 As everyone online knows by now, “Star Wars: The Force Awakens” opens on December 18. Advance tickets going on sale have led to sites like Fandango crashing. The only question at this point is how gigantic a box office it’ll be for “The Force Awakens.”

Other studios have largely steered clear of releasing films on the same weekend as “The Force Awakens.” All of the other studios, that is, save two. Universal is releasing as counter-programming the comedy “Sisters,” starring Tina Fey.

The other studio, however, is what merits this blog post: Fox is releasing the fourth “Alvin and the Chipmunks” sequel, “The Road Chip,” on the same weekend as “Star Wars.” Fox was the longtime home of the “Star Wars” franchise; the newest film marks the first one released by the franchise’s new owner, Disney.

The previous Chipmunks films did pretty well at the box office, and against stiff competition such as “Avatar.” Of course, the Chipmunks had several advantages. For one, they were counter-programming against more adult fare, and often the only kid-friendly film available. “Road Chip” is the only major kid-friendly film out until “Kung Fu Panda 3” in late January, so it could’ve stayed at its original December 23 release date. For another, it was probably a unique and amusing enough premise to kids who might not’ve seen or heard of the Chipmunks before.

However, the singing chipmunk siblings aren’t as unique as they once were. Their third film opened with $23.2 million, about half of what the second film made on its opening. It’s also been four years—forever to kids—since “Chipwrecked” came out in 2011.

Another possible impact: Alvin, Simon, and Theodore (along with the Chipettes and David Seville) have recently returned to TV, in a new CGI animated series. The new Chipmunks TV show seems to be doing well for Nickelodeon, and isn’t exactly shy on daily airings. Will kids (or their parents) want to go to see characters they can get for free on TV? Then again, that doesn’t stop other films based on currently airing kids’ shows from being profitable (see: “The SpongeBob SquarePants Movie” sequel earlier this year).

One more point of concern for the Chipmunks: it doesn’t serve very well as counter-programming this time around. Kids like the Chipmunks, but they definitely like “Star Wars” much more, and will turn out (along with their parents) for “The Force Awakens.” I suppose there’s very young children, or parents/grandparents disinterested in “Star Wars,” who might choose Alvin and company. “Road Chip” might also cash in on “The Force Awakens” possibly selling out.

Ultimately, I’m not that optimistic for the Chipmunks’ chances this time around. However, it’s withstood other tough competition in the past, and has a several-week-long school winter break to possibly draw in kids after they’ve seen “Star Wars.”