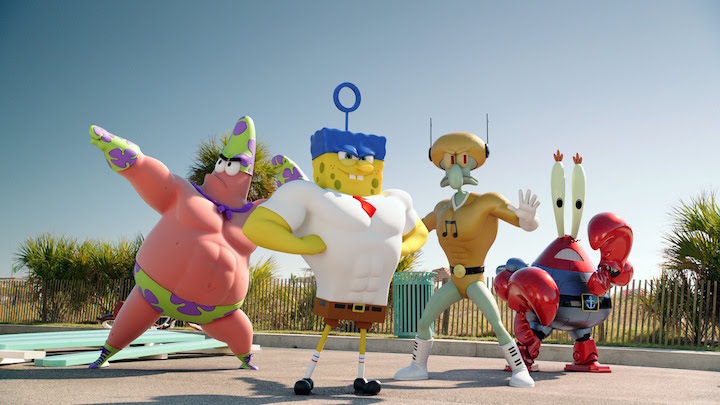 Topping the box office this weekend by a large margin is “The SpongeBob Movie: Sponge Out of Water.” The sequel to the original SpongeBob SquarePants film opened with $56 million, finally knocking “American Sniper” out of first place. “Sniper” is still selling well in second place, however. I had my doubts on whether or not SpongeBob would still be a theatrical film draw after all these years (and excessive playing on Nickelodeon), but it looks like my doubts have been put to rest. I do wonder why they waited this long for a sequel, though. The film’s also pulled in $26.8 million overseas so far, for a total of $82.8 million globally.

Various articles also note that February’s “now” a good time to release animated films, per last year’s “The Lego Movie.” The traditional lack of family-oriented fare this time of year might be a reason why, of course. With the next family-oriented film Disney’s live-action “Cinderella” in mid-March, SpongeBob will have a long stretch to rake in plenty of money.

Opening in third is “Jupiter Ascending,” which pulled in $19 million. A bad sign given the film cost $176 million to make.

Falling out of the top 10 is “Strange Magic,” which is pretty much finished, with a total box office to date of $11.4 million.

Globally, “Big Hero 6” has finally crossed the $500 million line, with a current total of $505.1 million. On a domestic level, “American Sniper” is now the third highest grossing film released in 2014, surpassing “The Lego Movie” and “Captain America: The Winter Soldier.” It likely won’t pass the #1 film of 2014, “The Hunger Games: Mockingjay, Part 1.” “Mockingjay” recently passed “Guardians of the Galaxy” as the top film released in 2014.

Next weekend sees Mr. SquarePants likely falling out of first place, with the debuts of the anticipated “Fifty Shades of Grey” and the action film “Kingsman: The Secret Service.”

"How to Train Your Dragon 2," non-"Big Four" TV shows do well at 2015 Golden Globe Awards
Fox to end DVD and Blu-Ray releases of "The Simpsons"
Movie review: "Space Jam"
RIP MoviePass, plus a look at other movie subscription services
Share this post