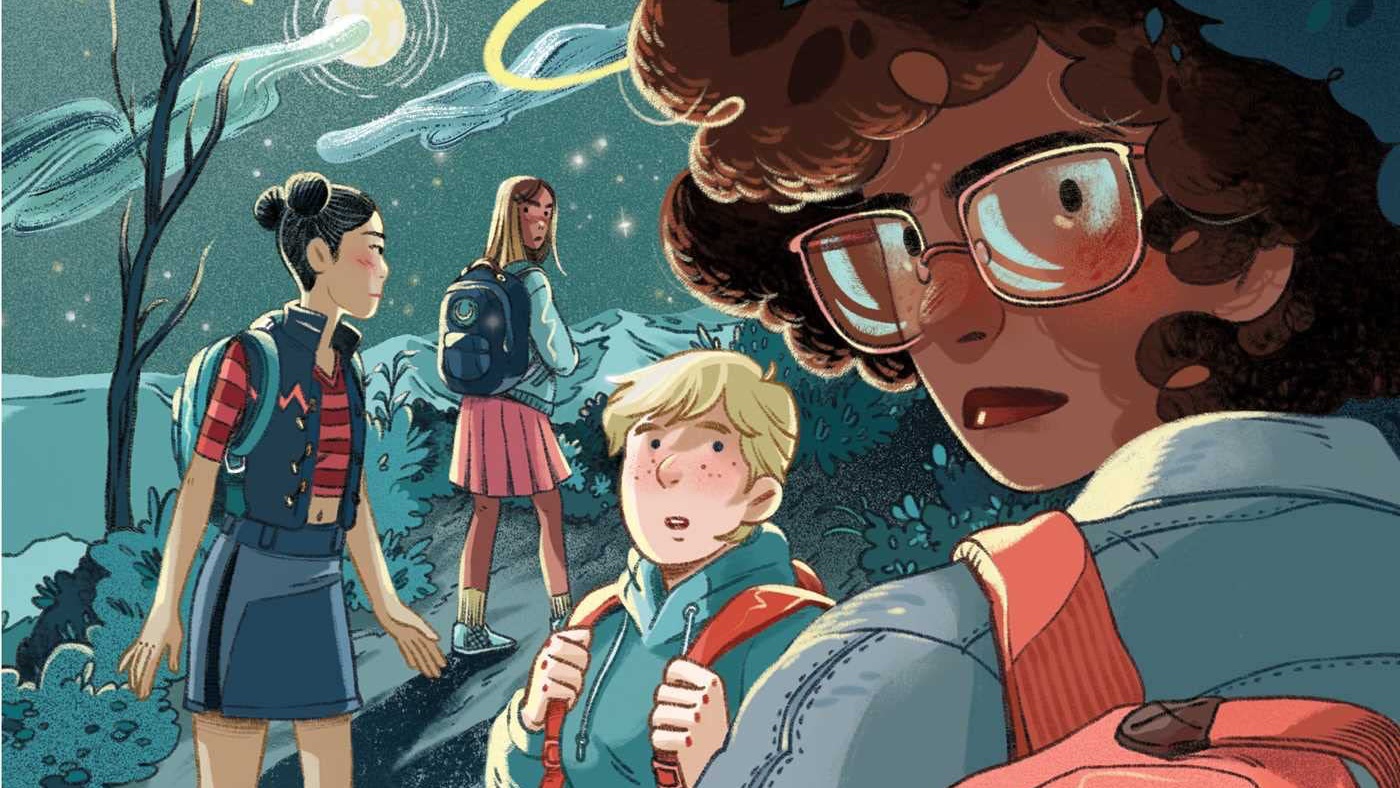 Here’s my look at September 2022 graphic novels of interest coming out.

The cover for this month’s “Sonic the Hedgehog” volume shows some of the characters driving down a highway. Apparently, Sonic’s world (no longer called “Mobius” in modern media, for whatever reason) has VW Microbuses?

“Forest Hills Bootleg Society” is a graphic novel by Dave Baker and Nicole Gioux about a group of girls at a conservative Christian high school. Set in 2005, the story sees the girls start selling bootleg anime DVDs, as well as deal with their relationship problems. I’m reminded that the 2000s marked a brief period between when DVDs displaced VHS tapes (in the early aughts) and the rise of streaming services (in the early 2010s). That said, recent events involving Netflix and HBO Max have seen some renewed interest in physical media.

I doubt that that’ll happen, even if it’s safe to assume Warner’s leadership doesn’t care one iota about “the funnies” (sorry, fans). While DC’s comics aren’t the biggest money-makers compared to movies or merchandise, they do make money. Additionally, DC’s comics serve an important role: as an “IP farm” with vast amounts of material that can be turned into lucrative toys, TV shows, and blockbuster films. The prospect of turning these comic characters into billion-dollar box office earners will likely outweigh any reason to shutter the comic side of DC.

DC’s also been trying to get into the current boom in children’s and young adult graphic novels. Why cut off a possible income source, especially since Warner seems desperate for cash?

That said, the one argument in favor of shutting down the comics side is that these characters are decades old; Batman, Superman, and Wonder Woman have over 80 years’ worth of comics to adapt. Still, they might want to keep generating new ideas or characters, something new comics can provide.