On Wednesday, Apple gave its latest press conference, announcing various new products and developments. I’ll sum up most of the major points below, before getting to my thoughts on the biggest news.

Apple’s new iPhone 7 and 7 Plus were leaked early online, before they were actually introduced in the keynote. Amazon leaked things first, but it got worse from there: Apple apparently scheduled and sent out tweets on the iPhone 7 a tad too early. Apple’s “fix” for this? It deleted its entire Twitter stream: 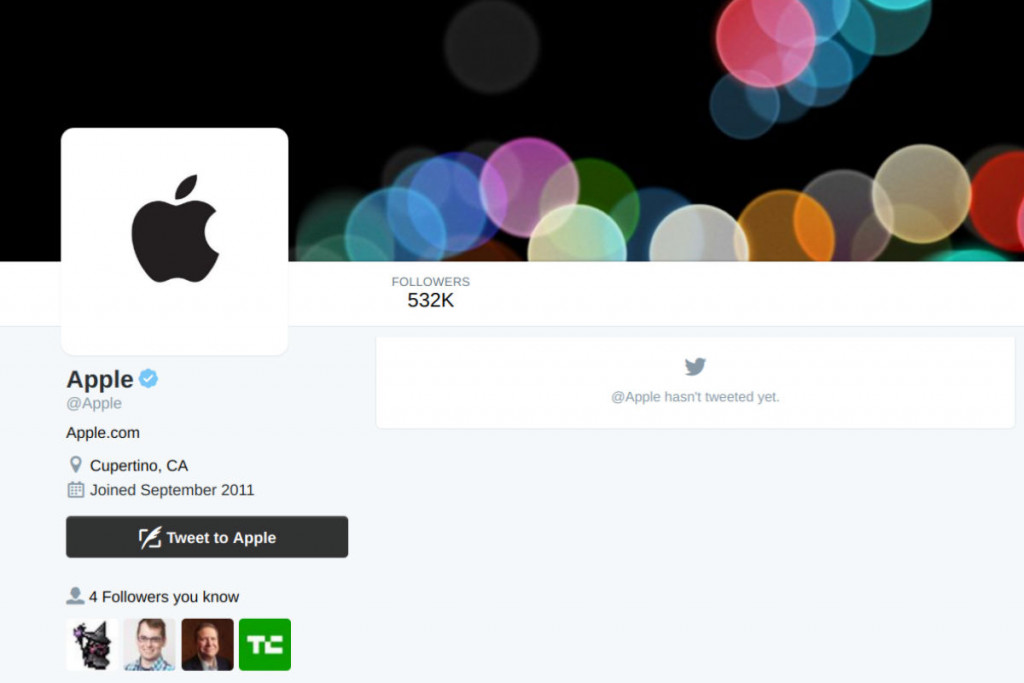 For a company that prides itself on a strong marketing approach, this comes off as extremely clumsy. (Note it’s had the Twitter account for five years as of this month.)

Popular Nintendo video game character Mario is finally coming to mobile devices. Introduced at the keynote by Mario’s creator, the game “Super Mario Run” is what’s dubbed an “endless runner” game (i.e., the character’s always moving). It’s designed to keep some of the classic Super Mario game play aspects (collecting coins, etc.). “Run” is also is designed to be playable with one hand—useful for those of us that’re on overcrowded city buses stuck in traffic jams.

The game debuts on iOS sometime before the holidays, and is also planned to have an Android release at some point.

This year’s most popular video game, “Pokemon Go,” is coming to Apple Watch. The Watch will now support various WatchOS-themed stuff (notifications, some gameplay aspects, etc.) for the game. Other upgrades to the Watch (mostly incremental) were also announced.

Apple’s finally ditched 16GB as the entry level capacity for its devices, save on the very low-end iPhone SE. 32GB is now the new minimum.

The iPhone 7 was formally unveiled, spoilers aside. Among the new features include an improved home button, stereo speakers, and the aforementioned increased capacity.

But the biggest news of all is that Apple’s ditching the 3.5mm headphone jack. In its place, Apple will include a pair of corded headphones using the Lightning port. Apple’s also offering for sale a pair of its new “AirPods,” wireless earbuds using new proprietary tech meant to improve on the current wireless headphone experience. The wireless AirPods will go for a whopping $160.

The other reason, as given by speaker Phil Schiller? “Courage.” Yes, he actually used this word to describe dropping a 50-year-old, analog open port standard. (The 3.5mm port was first introduced in the mid-60s, and the Walkman cemented its presence in the late 70s.) This statement became roundly criticized online.

As for how I feel? On the positive sides:

On more neutral or negative sides:

Ultimately, I expect a big boom in future sales of Bluetooth headphones, as well as ramped-up production/sales of such. (Much less so Apple’s proprietary wireless headphone tech.) Whether Android phones will all follow suit and drop headphone jacks remains to be seen.

What do you think of the new Apple news?