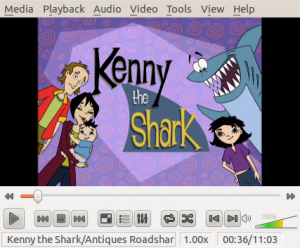 I’ve been trying to give Empathy a go as an instant messaging client, despite previous versions in earlier Ubuntu updates disappointing me. While it seems to have improved a bit, it still lacks one feature I occasionally use, file transfers within Yahoo IM. I would think this should’ve been a higher priority than webcam support, though that’s important, too. While I’ve installed Pidgin (the more mature, full-featured previous client, which Empathy’s replaced), I’m still trying to give Empathy a fair chance.

Totem, the default Ubuntu video player, still has the same issues that 10.04 had regarding subtitles. Despite turning them off, Totem still displays a “Chapter 1” subtitle on my ripped video files, even those I didn’t rip captions for. Setting the subtitle menu feature from “auto” to “off” results in, when playing a playlist, being unable to skip ahead to the next video on the list. Thus, I’ve recently decided to switch the default video player to VLC, a popular multi-platform video player (available for Windows, OS X and Linux; screenshot of Ubuntu’s version shown here), to play video files. VLC’s quite flexible and powerful. While the interface isn’t as clean or simple as Totem’s, VLC’s working pretty smoothly.