This week’s minorities in cartoons entry is Danielle Foccart, a DC Comics character.

Danielle first appeared in “Legion of Super-Heroes Annual” #2 (1982). She was created by Paul Levitz and Keith Giffen.

Danielle first appeared as the preteen younger sister of Jacques Foccart; both siblings hail from the 30th century’s Ivory Coast in Africa. Suffering from a life-threatening and rare neurological condition even their era’s scientists were unable to cure, Jacques brought Danielle to Brainiac 5 of the Legion as a last resort.

In his attempt at a cure, Brainy foolishly decided to use a piece of circuitry left over from Computo. Computo’s an artificially intelligent super-computer that turned evil and killed one of Triplicate Girl’s selves (in the classic “Adventure Comics” #340 from 1966).

As it turned out, Computo’s A.I. survived in said piece of circuitry. It took over the body of Danielle, and soon 30th century Metropolis. Jacques, needing to save Danielle before Computo’s actions burned out her body, drank the original Invisible Kid’s invisibility serum, and gained his powers. After saving his sister (and Metropolis), Jacques joined the Legion as the new Invisible Kid. Brainiac 5 eventually managed to cure Danielle.

During the Legion’s “Five Years Later” era, a now teenaged Danielle fell in with the turbulent period’s fight against the repressive Dominators. Most prominently, Danielle joined the “SW6” Legionnaire clones, clones of the Legionnaires based on their teenaged 1960s-era-comics’ selves. Danielle also through vague means (presumably the result of Computo) gained a superpower: the ability to psionically communicate with and control any type of computer. Danielle opted to take as her heroic code name “Computo.” She eventually rose in the ranks of the Legion to become deputy leader, serving under leader Cosmic Boy.

Danielle appeared for the rest of this era, and made it into the 1994 post-“Zero Hour” Legion of Super-Heroes reboot. The reboot retconned Danielle into being a close, non-superpowered friend of Jacques; she made few appearances afterwards.

Danielle’s original version made a brief cameo in a 2000s storyline. Otherwise, she’s been largely unused for years.

“The Legion of Super-Heroes” TV series featured a few cameos by Jacques as Invisible Kid, but not Danielle. 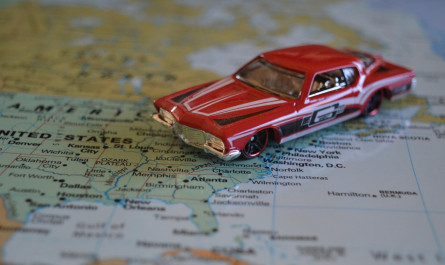