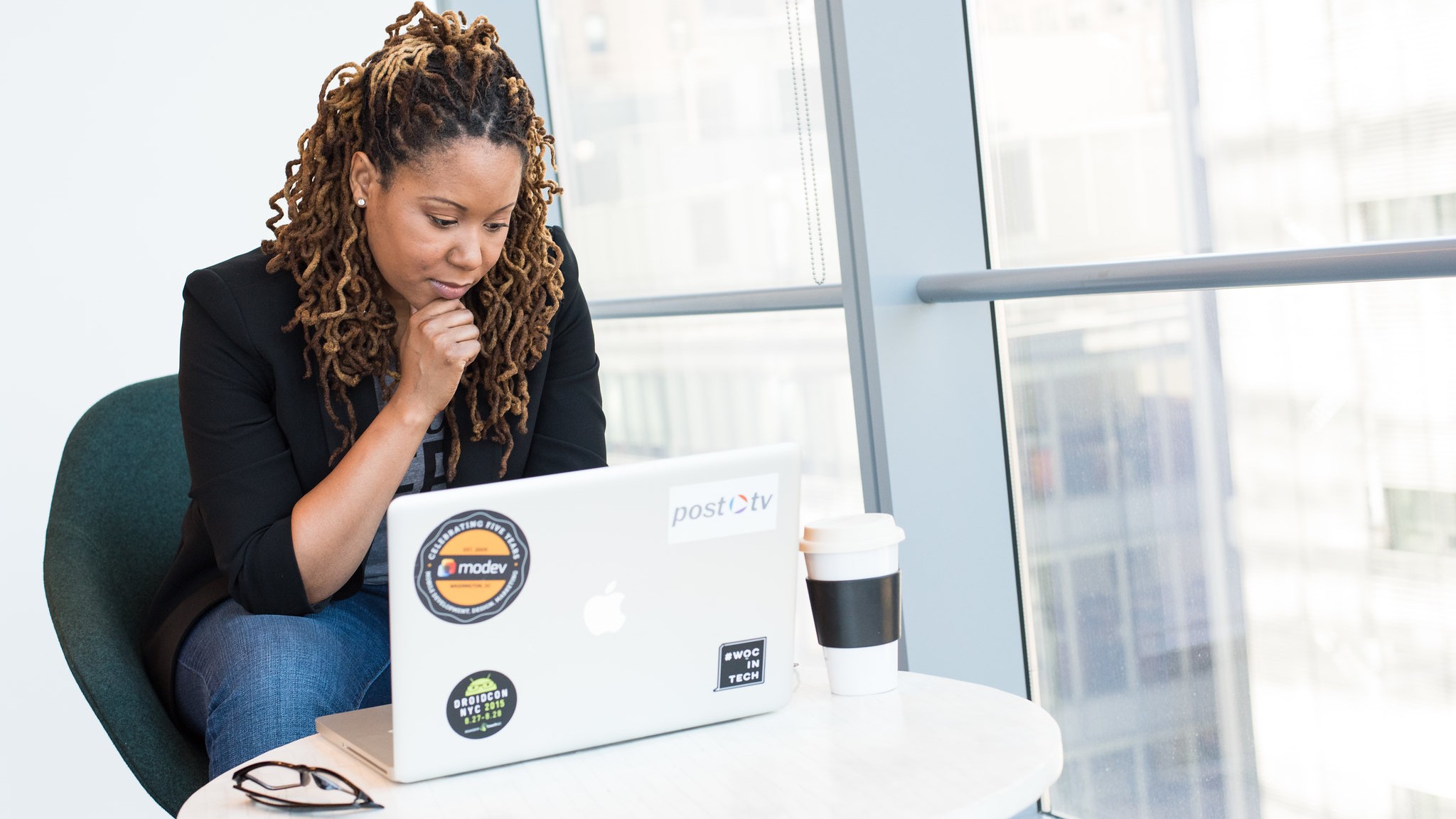 I wrote last fall about how the iPhone is now the majority of Apple’s revenue. But what of Apple’s original iconic product, the Mac? 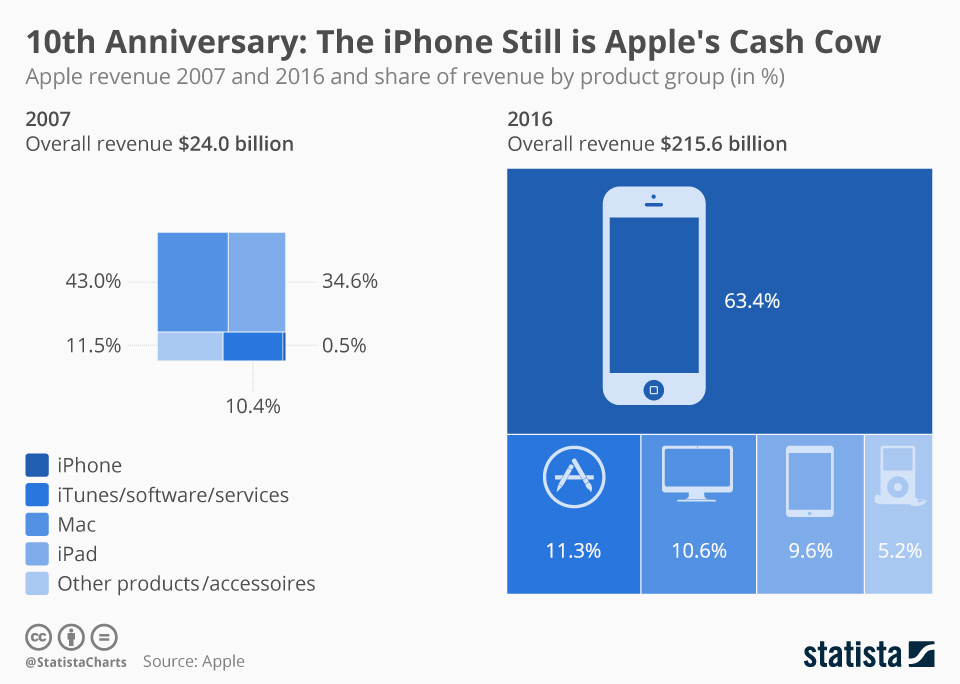 Of note is the Mac made up a whopping 86% of Apple’s revenue in 2000, just before the iPod was introduced. By 2007 (when the iPhone first came out), Macs had fallen to 43% of Apple’s revenue. That said, Apple’s total 2007 revenue was $24 billion, so (not accounting for inflation) the Mac’s still making plenty of cash for Apple. 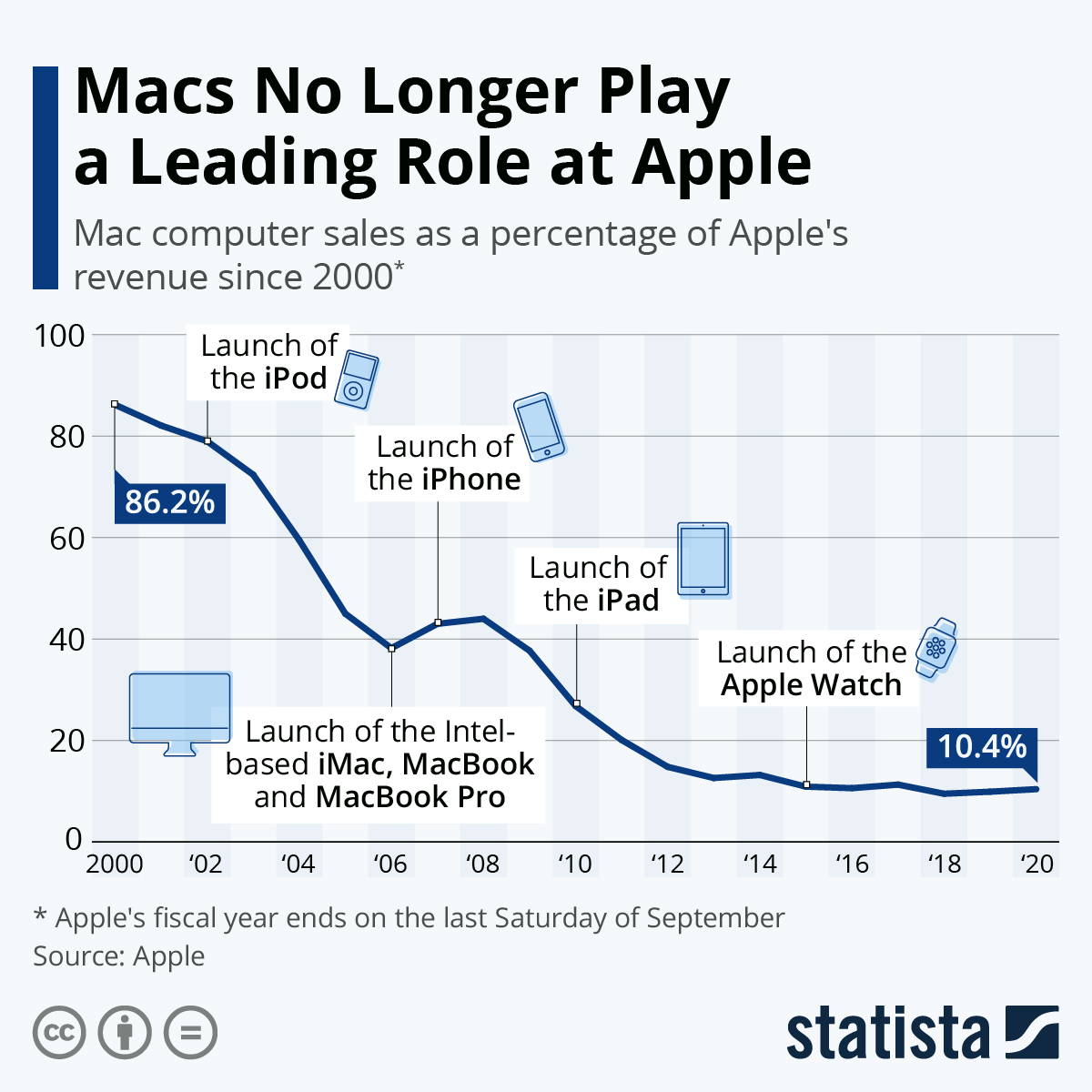 Interestingly, Apple’s software and services, including iTunes (and thus Apple Music-related) sales, now make up 11.3% of revenue, slightly more than their computers. I’d imagine that and the iPhone’s huge sales are a few reasons for the hard push of Apple Music.

iPad sales are almost as strong as the Mac’s sales. Even with US tablet sales’ decline, Apple’s been promoting the iPad a lot lately in TV ads as a laptop replacement. The iPad and Apple’s Macs now have stiff competition in the Surface Pro (on the high end) and Chromebooks (on the low end).

Meanwhile, the Mac Pro is floundering. Apple admitted recently that the Mac Pro is long in the tooth; however, the Pro should receive an updated version in 2018. A whole year from now seems an awfully long wait in tech terms, however. Professional Apple fans might be satisfied with buying and upgrading an iMac instead.

Do you use any Macs? How do you feel about the idea of the iPad as a laptop replacement?