Lately, Marvel’s been pushing the Inhumans pretty hard. I’ve discussed the corporate reasons why in a previous post. Still, a number of fans don’t seem too thrilled with the push of these characters in TV shows like “Agents of SHIELD.” “Quit trying to make Inhumans a thing!” seems to be a common complaint.

Maybe that’ll change with this week’s news. Marvel’s announced that the Inhumans will be getting a TV show. It’ll debut on ABC in 2017. The show will focus on the “Royal Family,” the core characters of the franchise. Its format will be more like “Agent Carter”—so far, they’ve scheduled eight episodes.

With this news, Marvel’s cancelled the previously announced Inhumans movie. However, there’ll be an IMAX exclusive early showing of the first two episodes, before the series debuts on TV.

I’m wondering if the TV show will feature the giant dog, Lockjaw. If it’s successful, maybe they can use it to introduce live action versions of Moon Girl or Ms. Marvel?

Perhaps a weekly series (albeit part of a short-run) will finally make the Inhumans a “thing,” as Marvel’s been hoping? If not, maybe Marvel should find a way to sort out some agreement with Fox to use the actual mutants. They have such an agreement with Sony to use Spider-Man. Maybe the real (Hank) McCoy isn’t too far-fetched? 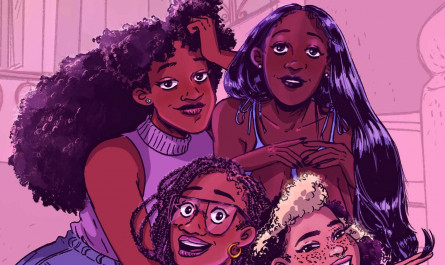