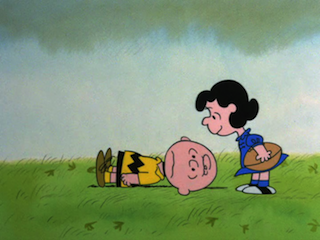 This Sunday, February 3, brings the annual airing of the US’ most-watched television program of the year, the Super Bowl (XLVII to be exact). This year, the big game is between the San Francisco 49ers and the Baltimore Ravens, with kickoff time is at 6:30 PM EST. While I’m not a huge fan of either team, I do plan on watching the game anyway, including for the famed halftime show (this year featuring Beyonce) and for the game’s equally-famed commercials. “Forbes” magazine says this year, a 30-second commercial will cost $3.8 million. Yikes.

Given the number of people that seem interested in watching the game, I thought I’d offer some tips on how to (legally) watch the game via means other than television, for those that wish to do so. (Yep, legally—sorry, anyone who ran across this on a Google search looking for “sports-streams-likely-to-get-shut-down-before-beyonce-appears.com”-type sites…) So, let’s see what the options consist of…

The NFL states it’ll air the game live on its website.

CBS is the television network airing the big game in the US this year, and that includes an online component to its coverage. The game can be watched online at CBS Sports.com, via “any computer or tablet” (as the NFL’s site promises), within one’s browser. This is probably the best bet for watching the game online (even NFL.com’s site posts links referring to CBS’ online coverage). A Google search suggests iPad and Android tablet users should be fine with watching the game on their devices, and since it’s not NBC (or the Olympics), I’ll assume Linux users should also be able to watch. Though Linux users might want to make sure any DRM-related Flash modules are installed first, just in case…

Verizon customers may watch the game via Verizon’s network through the “NFL Mobile” app on their smartphones. However, customers will have to pay $5/month for access to the premium level of NFL Mobile service that allows one to view live streaming coverage of games. Versions of the app are available for iOS, Android, and Windows Phone platforms.

Canada’s CTV network will offer streaming coverage of the game for those north of the border. However, I’m not sure if BBC (which will carry the game’s telecast in the UK) will have any type of streaming offered.

One downside is that while the game is covered online, the megabuck Super Bowl ads tend not to be offered to streaming services (or to non-American TV viewers). However, YouTube usually carries the ads produced for the game, so checking there is a good idea.