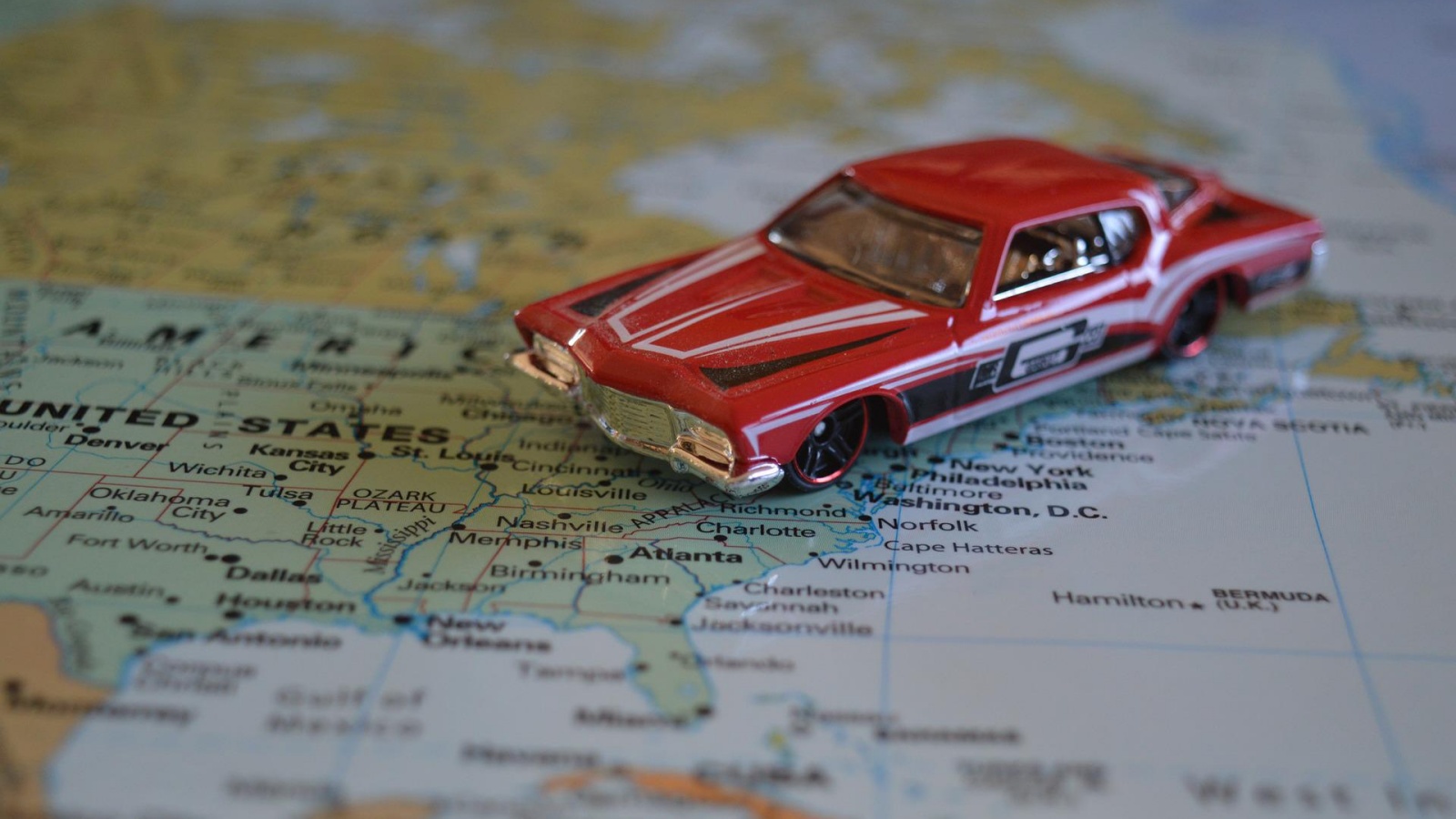 Both cities are usually shown as on the east coast of the United States. New York is the primary influence on Metropolis and Gotham City.

In the early Golden Age, Metropolis was influenced by Toronto and Cleveland (where Superman co-creator Joe Shuster was born and grew up respectively) as well as New York City. In “Superman” (vol. 1) #2 in 1939, Clark Kent sends the editor of the “Daily Star” a telegram addressed to “Metropolis, New York.”

As for Batman’s hometown, “Gotham” is an old nickname for New York, one still used for some things to this day. The Big Apple’s professional women’s soccer team is called “NJ/NY Gotham FC.”

On top of that, DC’s comic book headquarters was traditionally located in New York, though in 2015 it relocated to California. Creators such as Dennis O’Neil and Frank Miller have compared Metropolis to the positive/bright aspects of New York, and Gotham City to New York’s negative/darker aspects. Some comics over the years have also given Metropolis’ or Gotham City’s state as New York State.

That said, New York clearly exists as a separate city in DC Comics’ universe. The “New Teen Titans” comic of the 80s had the Titans’ headquarters, Titans Tower, located in New York’s East River. On top of that, Metropolis and Gotham’s distance from each other seems to have varied over the decades. Some stories present it as a plane ride or a lengthy train ride between the two. Others present the two cities much closer together, as basically twin cities.

The idea of Gotham and Metropolis as closely neighboring cities is probably what’s led to some of the more prominent state locations in comics. During the Bronze Age (1970s and 80s), it was common, particularly in “World’s Finest Comics,” to present Metropolis and Gotham City as twin cities on opposite sides of a large bay. Among the routes connecting the cities included the occasionally featured “Metro-Narrows Bridge,” a long suspension bridge resembling the real-world Verrazzano-Narrows Bridge in New York.

As for which states, a map featured in a 1978 Sunday episode of the Justice League-starring newspaper comic “World’s Greatest Super Heroes” featured Gotham City specifically in southern New Jersey, with Metropolis across Delaware Bay over in Delaware:

A variation of the map (complete with the Metro-Narrows Bridge) appeared in “New Adventures of Superboy” #22 in 1981. The general geographic features (including a bay) were kept, but no state names were given. Per pre-Crisis canon, Smallville is shown as located near Metropolis’ east coast location; post-Crisis, Clark Kent’s hometown would be moved to Kansas.

The story in “World’s Finest” #259 in 1979 is one example of Metropolis and Gotham City as twin cities. The story features an alien artifact compelling millions of Gothamites to flee the city and move to Metropolis. Cue multiple bridges, highways, train stations, etc. all clogged with people, and the disastrous overcrowding/strain on resources that results. As a blog writing about this story jokes, a similar story in “The Onion” might be an appropriate real-world analogy.

Post-Crisis, and to this day, the World’s Finest Cities continued their ambiguous placement along the eastern seaboard. However, a 1990 role-playing game supplemental guide, “Atlas of the DC Universe,” has occasionally been referenced as possible locations for various DC cities. For Gotham City and Metropolis, the atlas makers opted to keep the New Jersey/Delaware locations for both cities.

Several modern stories also have referenced Metropolis as located in New York State. “Countdown to Infinite Crisis” in 2005 and “Doomsday Clock” in 2017-2019 referenced such, the latter on a package Lois Lane receives.

Finally, there’s Batwoman‘s (stymied by DC’s head honchos) marriage proposal to Maggie Sawyer. While same-sex marriage has been legal nationwide since 2015, east coast states were the earliest ones to legalize such. New York legalized same-sex marriage in 2011, while Delaware and New Jersey did so in 2013.

Other media have also varied on the two cities’ locations. Gotham City in the 60s “Batman” TV show is presented as basically New York with different landmark names. A United Nations analog and “Gotham’s East River” are mentioned in the theatrical movie. Various other then-current New York references were also made during the series’ run.

Chicago’s stood in for both Gotham and Metropolis in some media. The latter seems more plausible, especially in stories featuring or mentioning Smallville; Chicago’s the Midwest’s largest city, and according to Google is a 7-8 hour drive from Kansas. The 1990s series “Lois and Clark” modeled Metropolis after Chicago, including giving the city a 219 area code; in real life, that’s the area code for neighboring northwest Indiana. Meanwhile, the Christopher Nolan movie “The Dark Knight” filmed many of its scenes in and around Chicago. During a visit to Chicago, the hostel I stayed at offered “Gotham tours” of the real-life Chicago locations that matched those in “The Dark Knight.”

“Lois and Clark” referenced Gotham in a third season episode, implying that Gotham City was near Metropolis. That is, if a sarcastic remark Clark made counts: “A little louder, Lois; I don’t think they heard you in Gotham City.”

Fellow 1990s series “The New Batman/Superman Adventures” showed Gotham’s a plane flight from Metropolis. In the “World’s Finest” crossover TV-movie, Bruce Wayne flies to Metropolis on a jet; his presence in Metropolis seen as a big deal by its media.

The 2016 movie “Batman V Superman: Dawn of Justice” presents Metropolis and Gotham City as twin cities like the Bronze Age examples above. However, no specific states are given.

Overall, I can see the appeal of Gotham City in New Jersey, and Metropolis in Delaware; among other things, cities on the east coast are fairly close together. Thus, it’d make sense for the cities to be reasonably close for all those team-ups between the World’s Finest. (Yes, the Batmobile’s fast, but…).

On top of that, it looks like real-life media in the Garden State itself like the idea of Gotham (and Batman) being one of their own. Or at least, one New Jersey based website does. These days, Marvel’s Ms. Marvel might have a better shot at being the Garden State’s favorite superhero, as she’s unambiguously based in Jersey City. (Also, Jersey City’s more positively portrayed in Kamala’s stories than Gotham’s modern portrayals.) So far, I haven’t found on Google any indication if the First State (and home of President Joe Biden) is equally proud of the Man of Steel possibly being a Delawarean.

Image by ErikaWittlieb from Pixabay