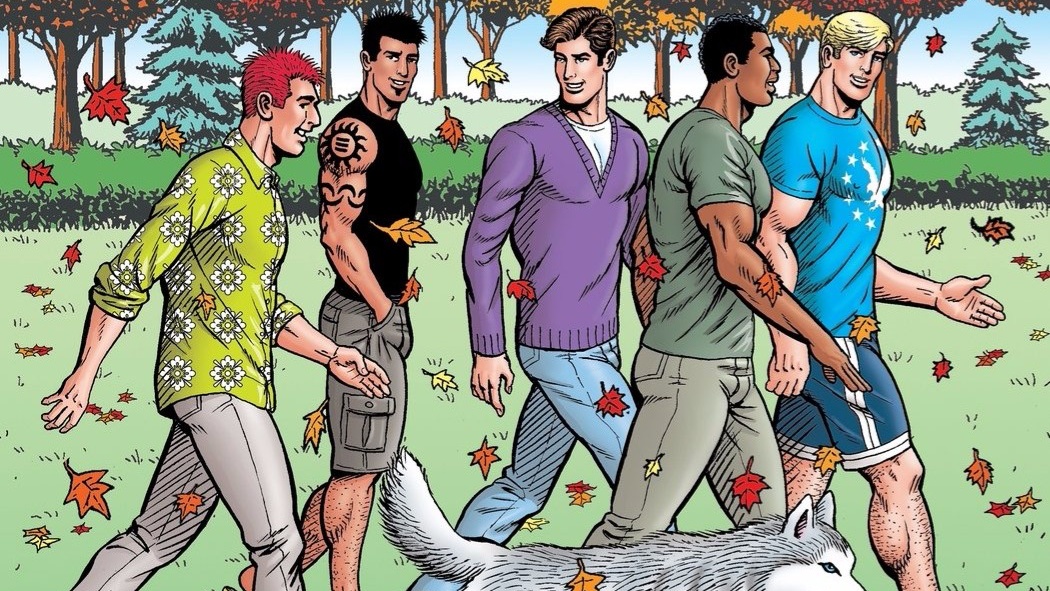 The strip focuses on the soap opera-like goings-on at a gay bed and breakfast located on Long Island, New York; the B&B is run by the titular Kyle. However, akin to the boarding house in the 1980s strip “Bloom County,” most of the occupants are very long term or permanent residents.

Many of “Kyle’s” storylines deal with aspects of gay culture, though the main focus is on the characters’ romantic or platonic relationships.

Most of the strip’s cast is male, and drawn with a muscular look. While this fits the strip’s soap opera nature, there are several characters who don’t fit this mold. The strip also tends toward a slightly “NSFW”/”blue” nature; characters are sometimes seen in the B&B’s shower, or wearing very little. The cast are also open about sex and sexuality.

While the very large cast of characters can rotate in and out (given the B&B nature of the strip), the most prominent characters (as of this writing) include: