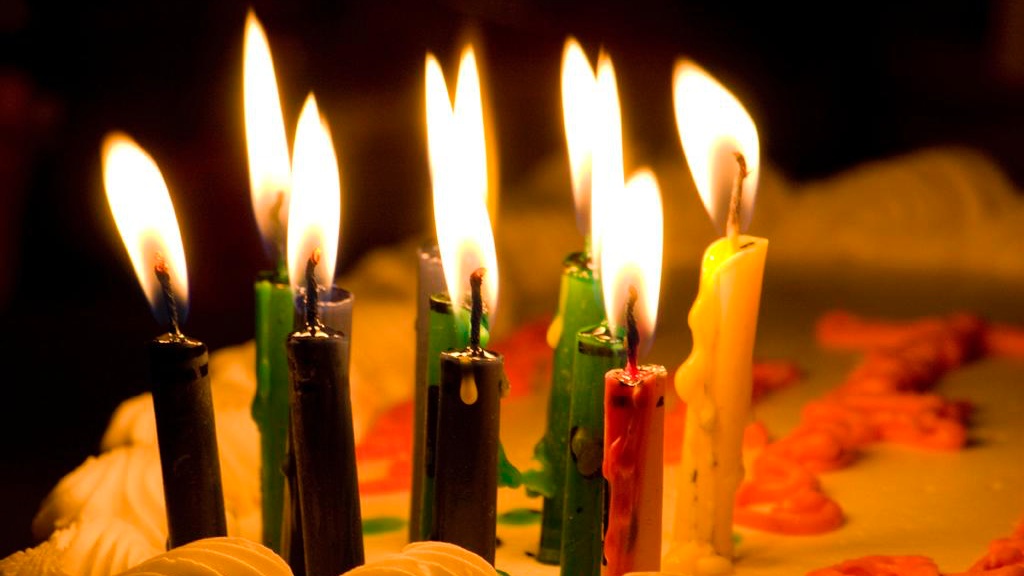 Despite the characters’ lack of aging, cartoons sometimes like to depict its characters observing birthdays. Depending on the cartoon, either “wacky hijinks” may ensue (such as “The Simpsons” or “The Flintstones”) or more serious goings-on may take place (Superman’s birthday in “For the Man Who Has Everything”).

The episode “Spirit Journey Formation Anniversary” features Meatwad’s birthday, which goes south quickly once Master Shake uses it to try to launch a scheme to create a new, “better” birthday song than “Happy Birthday to You.” Cue a trip to a condemned “Pizza Potamus” restaurant (Chuck E. Cheese with Hanna-Barbera’s Peter Potamus as the mascot), a heavy metal musician to play the song (guest star Zakk Wylde), and Meatwad trying to eat said restaurant’s exposed wiring.

In 1976, DC published a wall calendar highlighting the various heroes’ birthdays. I’ve written about the founding JLAers’ birthdays, plus their classic supporting casts:

The old joke “you’re turning 29 again, right?” is literally true in Superman’s case, who really was permanently 29 from the 70s through the early 90s. DC raised his age to 35 after “The Death of Superman,” while his New 52 version was said to be 27. Presumably post-“Rebirth,” Superman’s age is at least his mid-to-late-30s, if not 40, given the existence of his son, Jon “Superboy” Kent.

1980’s relaunch of the Superboy title kicked off with the first issue featuring Clark’s 16th birthday. It primarily centered around a flashback set just after his eighth birthday—the same point he debuted as Superboy.

An early first season episode sees a wild birthday party for Fred thrown in the gang’s new pool. It ends up with Fred getting arrested, after he assaults a cop who Fred thought was someone pulling a gag.

A season three episode sees the others try to throw a surprise birthday party for Fred, which doesn’t go well when the guest of honor (kept away from home by Barney) goes missing. The series states that Fred’s birthday is on February 2 (Groundhog Day).

Of course, the most famous Flintstones birthday episode is none other than the birth of Pebbles herself. Bamm-Bamm’s adoption was featured in his debut episode; I’d assume the Rubbles celebrate that day as his “birthday.” Decades later, we also saw the birth of the adult Pebbles and Bamm-Bamm’s twins, Chip and Roxy, in the 1993 TV-movie “Hollyrock-a-Bye Baby.”

“The Jetsons” suggests George is about 40 years old, based on dialogue from the episode “The Flying Suit.” As the show was originally based in 2062, many news stories emerged in 2022 stating George Jetson would be born that year. Of course, the show’s perpetually set “100 years in the future,” so George will “always” be born about “60 years from now.” Going with such, the 2015 WWE crossover film puts the Space Age family in the 22nd century, with Judy studying 21st century history.

A joke in the series is that George’s grandfather, Montague Jetson, is a very spry 110-year-old… meaning he’s a 10-year-old kid in the present day.

The 1991 Looney Tunes short “Blooper Bunny” focuses on Bugs Bunny’s “51st-and-a-half anniversary,” parodying the hype at the time for Bugs’ 50th birthday in 1990. (The 1990 series “Tiny Toon Adventures” sometimes had the characters note Bugs was 50.). The short features the “making of” a sappy cartoon celebrating Bugs’ anniversary, while taking shots at the idea of the Looney Tunes all being “pals.”

Pretty hilarious, especially the scenes of Daffy telling off Elmer Fudd and the short’s closing, with Yosemite Sam hurtling at Bugs a stream of creative insults (I liked “you low-down, flop-eared, son of a kangaroo!”).

Bart’s birthday is also shown significantly in the 1992 episode “Radio Bart”: he attempts to cash in on multiple free birthday offers, which is followed by a birthday party at a Chuck E. Cheese-like restaurant; cue: Nelson cramming multiple balls down a skeeball game, lousy animatronic singing robots, etc.

One “Super Chicken” episode on the late 60s Jay Ward cartoon “George of the Jungle” sees our heroic chicken and his lion sidekick Fred try to stop a “birthday bandit” from using mechanical toys to rob birthday parties. Pretty hilarious from start to finish:

This early 2000s Disney cartoon, made partly to cash in on the popularity of “The Powerpuff Girls” (only featuring Batman-like non-superpowered crimefighting kids) featured a villain named “The Birthday Bandit.” The Bandit’s shtick was, like Super Chicken’s foe, robbing birthday parties.

Voiced by Mark Hamill (Luke Skywalker of “Star Wars” fame), the Bandit resembled a goofier version of his other famous character, the Joker from “Batman: The Animated Series.” Like the Joker’s sidekick Harley Quinn, the Birthday Bandit counts a woman as part of his henchmen, who’re dubbed the “Party Favors.”