Here’s a look at what’s coming out from DC Comics for March 2016. A full list of solicitations is available here.

March is when “Batman V Superman: Dawn of Justice” debuts in theaters, so there’s plenty of Batman and Superman material.

This month sees several rebooted New 52 titles reach their 50th issue. Being an anniversary cover number, that means a slightly longer than usual comic with an extra dollar tacked onto the already-pricey cover price. For those still interested in the New 52, New 52-Supes meets the “Lois & Clark” (pre-New 52) Supes. Unfortunately, I assume it doesn’t consist of “classic”-Clark berating New 52-Clark for all 48 pages. (“Seriously?! You spied on your Lois’ phone?! Who do you think you are, the NSA?! And why is your ‘early days’ costume something out of ‘Li’l Abner’?!”)

Away from New 52-land, the Joker’s Daughter shows up in “Bombshells.” Adult versions of Sugar and Spike, now having their own adventures in the DCU, appear in “Legends of Tomorrow.” The Flash also puts in an appearance in “Scooby-Doo Team-Up.” From the cover, I’m assuming it’s the Wally West version as seen in the 2000s “DC Super Friends” title.

Black Lightning‘s 70s series is being collected into a trade paperback. 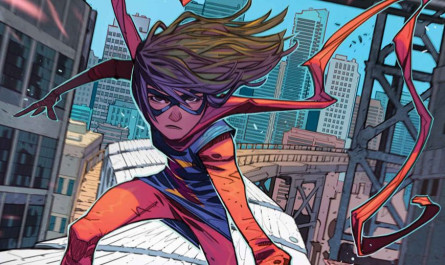