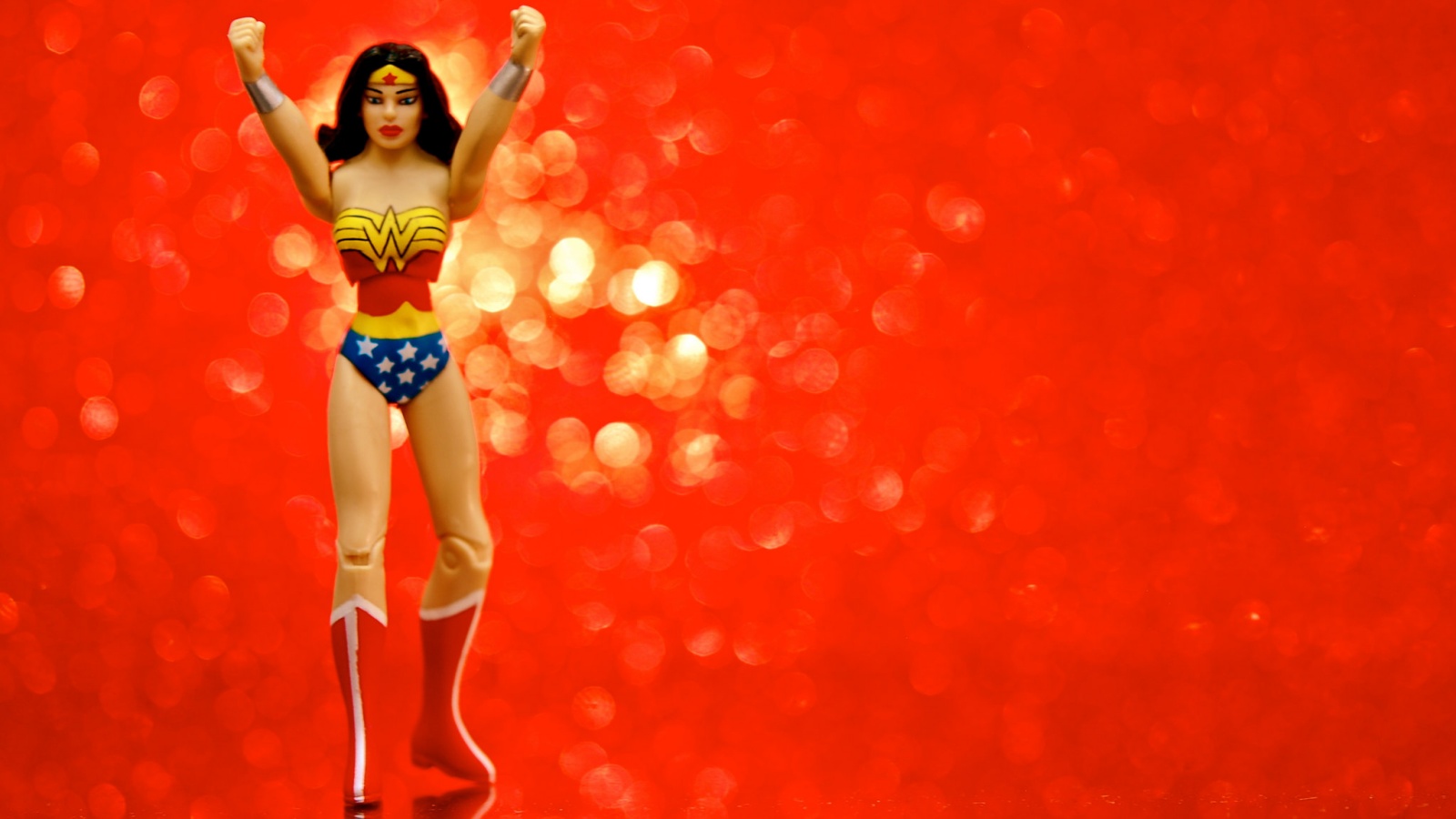 Since I looked at Superman’s famous introduction, I thought I’d do the same for the famous 1970s “Wonder Woman” TV show theme song.

The Lynda Carter series ran from 1975 to 1979 for three seasons. The first season was set during World War II and aired on ABC, while the remaining two seasons ran on CBS and were set in the then-present.

Below’s the first season’s theme song (its most famous rendition), so I’ll mostly just look at that.

The “Wonder Woman” logo here is based on the Golden Age comics’ rendition, not the then-current comics’ version, though the original logo was revived a few times over the years. See below:

And the power you possess…

Wonder Woman’s powers are usually granted by the Greco-Roman deities that brought her to life. The degree and exact abilities have varied over the decades; however, they generally include super-strength, super-speed, and superhuman stamina, plus some form of enhanced wisdom.

Before George Perez’s 1987 reboot of Wonder Woman, Diana and the Amazons also possessed highly advanced science. However, most modern versions have dropped this in favor of the “ancient Greek warrior” motif (ignoring the ancient Greeks were also interested in science).

In your satin tights, fighting for your rights…

This line? I gather they needed something that rhymed with “rights.”

That said, Diana’s been given pants in a few incarnations over the years. One attempt was in 2010’s “Wonder Woman” #600. However, that change was short-lived; the “darker and edgier” New 52 reboot of 2011 reverted Diana’s costume to its usual pantsless style.

And the old red white and blue…

The original reason for Wonder Woman’s costume’s American flag-themed colors in the 1940s seemed mostly to fit into the hero’s new country, America.

The 1987 George Perez reboot revealed the Amazons had been visited by Steve Trevor’s mother (an American pilot) at some point in the past, thus influencing their costume design.

The major post-TV series change to Diana’s costume came in 1982, when she first got her modern “WW” logo (replacing the eagle that dated back to 1941), which has stayed ever since.

As for Wonder Woman’s famous invisible plane, it was a propeller driven aircraft in the 1940s comics (like most aircraft at the time). It first became a jet plane in “Wonder Woman” (vol. 1) #45 (January-February 1951). For most of its history, it was capable of being telepathically summoned and controlled by Wonder Woman (who called it the “robot plane”). The robot plane vanished with Perez’s reboot, as Diana had fully gained the ability to fly on her own (she could only glide on air currents before then). Later stories, however, brought the plane back.

Now the world is ready for you…

In pretty much every version, Wonder Woman’s debut was treated in-universe as a big deal, as she made quite a splash from the get-go.

She’s usually also one of the first superheroes to appear, though this has also varied. Between the 1987 reboot and the early 2000s, Wonder Woman was said to not have debuted until well after Superman, Batman, and the other major heroes, which was extremely odd.

Make a liar tell the truth…

Diana’s most famous accessory is her magic lasso (or the “Lasso of Truth”). It’s not only nigh-unbreakable, anyone wrapped up in it’s forced to tell the truth. Before the 1987 reboot, anyone caught in it also had to do the bidding of whoever held the lasso. Apparently the TV show’s lasso version and/or someone at DC changing their minds led to the comic version also losing the “do the holder’s bidding” part.

From day one, Diana’s main means of doing this is through her nigh-unbreakable bracelets. (Having super-speed also helps deflect bullets.) Before the Perez reboot, they were said to be made of “Amazonium,” a metal only found on Paradise Island. Depending on the writer, Amazonium was considered DC Comics’ toughest metal in existence. (Other competitors to this claim were the Silver Age Superman books’ “Supermanium” and the 30th century-only “Inertron.”) For some reason, the TV show called it “Feminum.”

Post-Perez, they’re still unbreakable, though they dropped the name “Amazonium.” It’s unclear (as far as I know) what is currently considered DC’s toughest metal, so Wonder Woman’s bracelets might still be the winner.

As I said above, the TV show’s first season was set during World War II. The comics at the time decided to follow suit by shifting focus to the adventures of the Earth-2 Wonder Woman during the 1940s.

Unlike modern renditions of Superman and Batman, Wonder Woman’s kept fairly strong ties to World War II and the Golden Age for some reason. One possibility is that the 1940s is when Diana held the most recurring books: “Wonder Woman”; “Sensation Comics” (an anthology starring Diana); a spot in the anthology title “Comics Cavalcade” (alongside the Golden Age Flash and Green Lantern); and her role as a Justice Society member in “All-Star Comics.”

After DC’s multiverse came along, the explanation of course was that were were two Wonder Women, each on Earth-1 and Earth-2. (The agreed upon dividing line seems to be “Wonder Woman” #98 from 1958, the first issue not drawn by her Golden Age artist HG Peter, plus a few continuity changes.) The Perez reboot removed her Golden Age ties, resulting in a series of “substitutes” for her in the Justice Society. The late 90s decided to add back to the Golden Age Justice Society a Wonder Woman, in the form of Diana’s own mother (via time-travel). The New 52 seems to have ditched this, as their heroes had no 1940s ties (in the name of de-aging everyone).

Meanwhile, the 2017 “Wonder Woman” movie features Diana operating during World War One. My guess is setting her during World War II would’ve drawn too many comparisons to Captain America and his 2011 film “The First Avenger.”