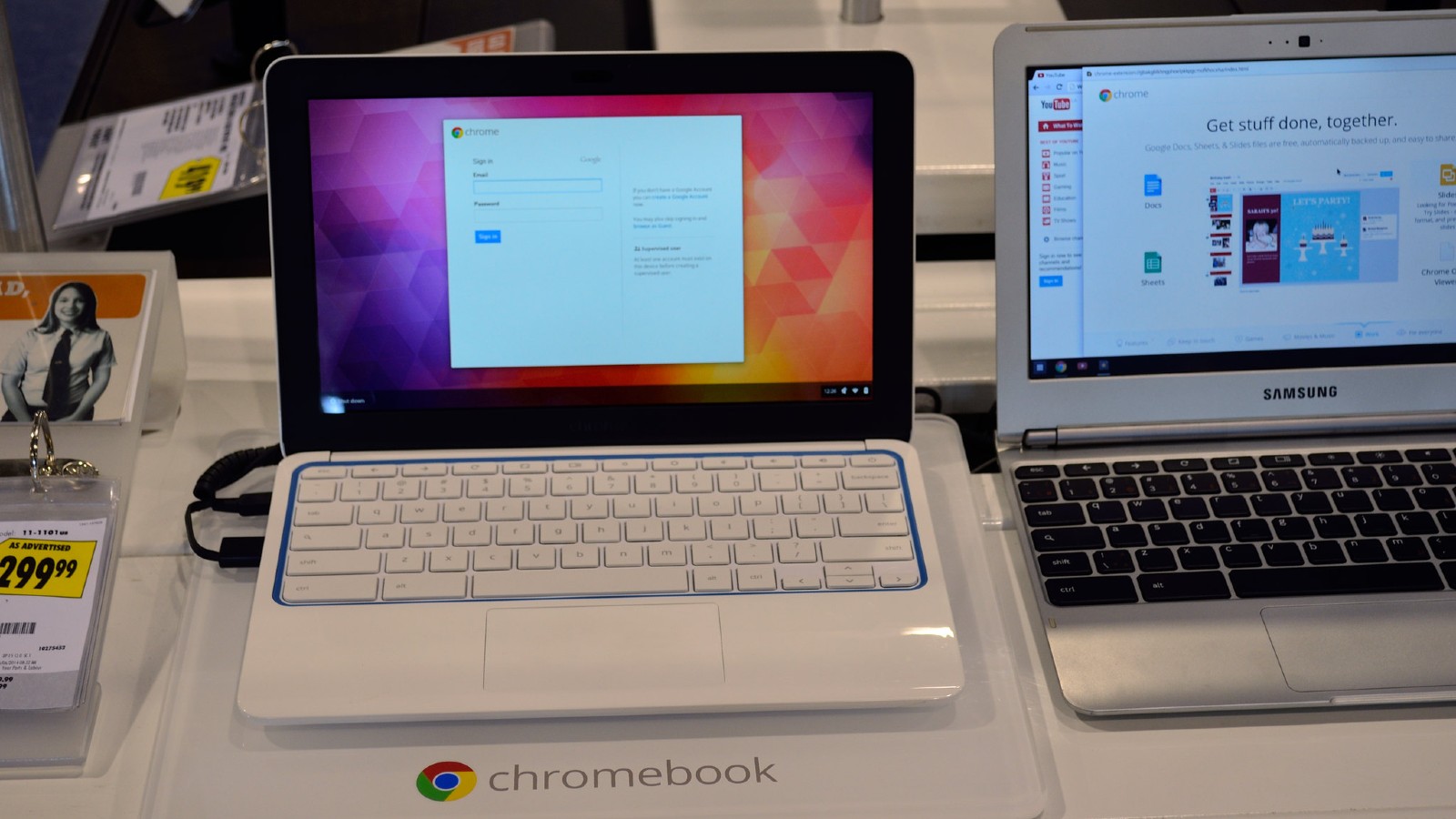 Windows 7 is still the most popular desktop operating system in the world, at least according to the website Net Market Share. They report as of February 2017, Windows 7 (introduced in 2009) is in use on 48.41% of the world’s computers.

The infographic below shows the market share of all the major operating systems. 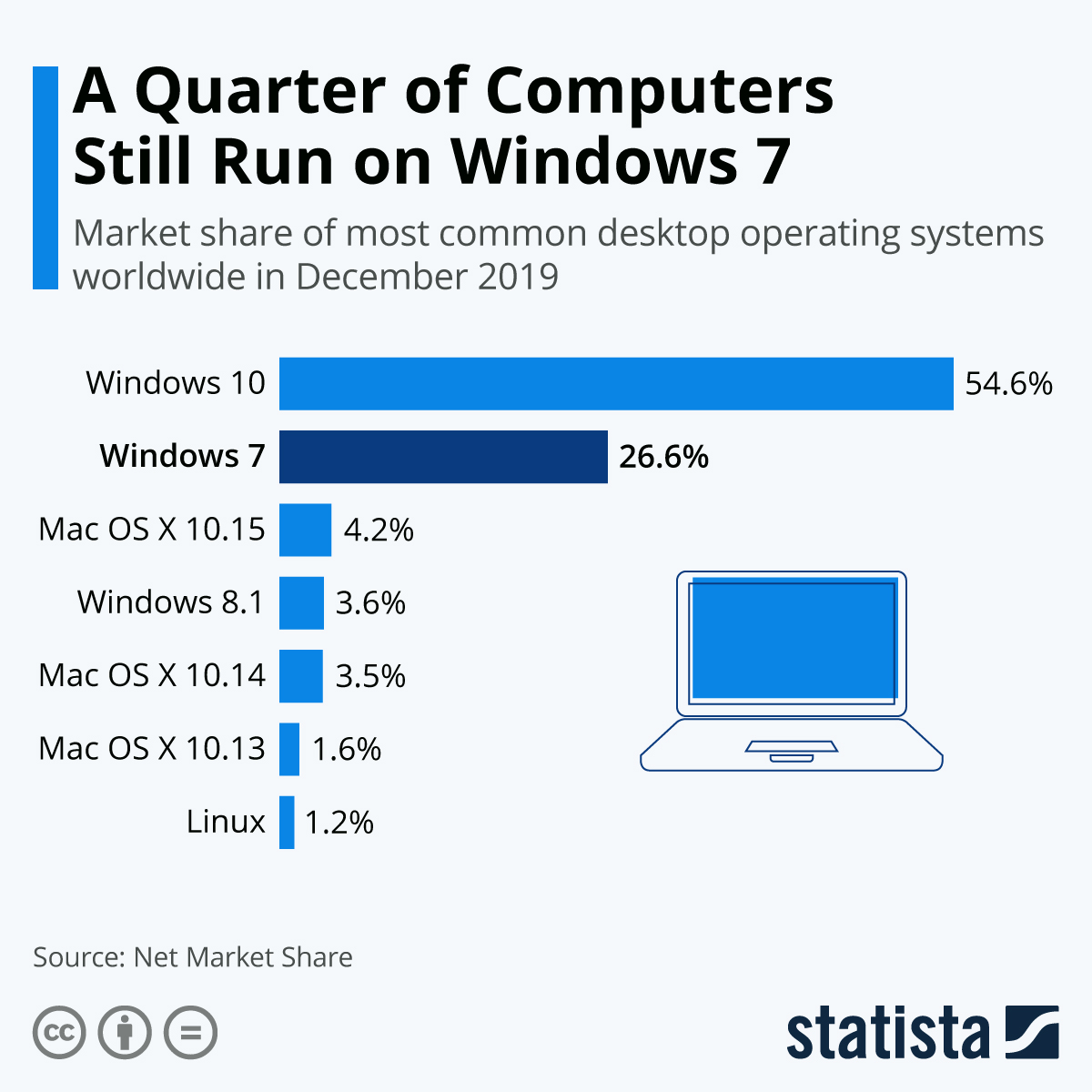 Windows takes up 90.57% of total operating system share. After Windows 7, the current Windows 10 is the second most popular OS. I assume Windows 8’s low share (about even with the ancient Windows XP) comes from a mix of: people holding off on buying new PCs during the economic downturn; the low popularity of Windows 8; and Microsoft’s aggressive push of Windows 10.

Also on the unpopular side is Windows Vista, which is below 1%. Microsoft’s announced support for Windows Vista will be discontinued as of April 11, so it’s just as well.

The “year of the Linux desktop” is frequently joked about, but Linux still clocks in at 2.05%, a third of the macOS share. Since it’s not broken out, I assume the Linux figure includes Chrome OS.

Speaking of Chrome OS, it continues to do well in American classrooms. According to Futuresource Consulting, a UK-based firm, Chrome OS devices are the majority of mobile computer sales in US schools, making up 58% of purchases in 2016. (This excludes desktops.) Details are in the graphic below.

Windows and macOS shares shrank a bit from 2014, though Windows is still the #2 OS in classrooms. Meanwhile, the classroom share of iOS (presumably iPads) has dropped to half of what it was in 2014. American schools want and need affordable computing devices, which Chromebooks and Windows computers fill. That said, Apple’s at least much more popular than Android, whose already-small share has shrunk from 3% to 1%. Also, iOS and macOS combined come in at 19% total, almost matching Windows’ share.

Outside the US, Windows holds a majority of classroom OS share, having greatly increased since 2014. The increase seems mainly at Android’s expense, though Chrome OS has grown somewhat (from 2% to 6%). Apple’s macOS seems less popular in non-American classrooms, while Linux’s share has dropped to 1% (but still bigger than its nonexistent-on-the-graph US share). The rest of the world seems pretty firmly on Windows, though Chrome OS might show some hope (as the only non-Windows OS to grow over 2014).

What operating system(s) do you use?