Here’s a look at what’s coming out from DC Comics in June 2017. A full list of solicitations is available here.

This month sees the Looney Tunes characters cross over with various DC superheroes in a series of one-shots. Besides the ones I listed above, we’re also getting Batman/Elmer Fudd, Jonah Hex/Yosemite Sam, the Martian Manhunter/Marvin the Martian, and Wonder Woman/the Tasmanian Devil. There’s also a reprint of the Superman/Bugs Bunny four-issue crossover from 2000.

Yes, I’d normally try to shy away from recommending comics running at/over $5, but this crossover seemed unusual enough to mention. That, and I’m not sure the original Superman/Bugs Bunny storyline was ever collected (or if it’s still in print, if so). As for the crossovers themselves, wondering if Wile E. tried hiring the Reverse-Flash or a similar speedster first…

Supergirl’s getting several trade paperbacks of her pre-Crisis comics released. “Daring” wraps up the final Supergirl comics published before “Crisis on Infinite Earths.” I notice the solicitation mentions Kara’s fighting neo-Nazis, which (unfortunately) is still timely. 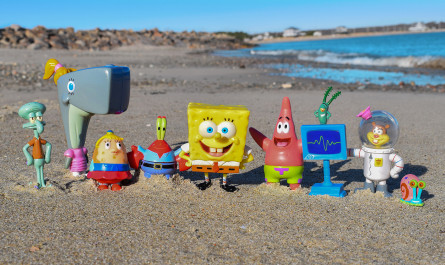