Available as of yesterday is Ubuntu 12.10 (“Quantal Quetzel”), the newest version of Ubuntu. (For Xfce fans, Xubuntu 12.10 is also out today, and is available here).

But the bigger news might be that Mark Shuttleworth (head of Canonical, Ubuntu’s maintainers) says he plans to move to developing key parts of Ubuntu (starting with 13.04) in secret, saying (in so many words) he’s tired of hearing criticism about the various changes recently made to Ubuntu. The website ExtremeTech has an article about this change in policy here.

This strikes me as a rather dubious move. One of the biggest concerns, as ExtremeTech notes, is that this might also make Ubuntu more bug-prone/problematic in the future. Similarly, I’d wonder if it also will cause issues for software writers, if new key features are basically being sprung on the public at large later in Ubuntu’s development cycle. Also, while more closed development works for Google and Android (plus Apple and Microsoft for OS X/Windows, I suppose), Ubuntu’s traditionally been quite open. Finally, while this might have been less criticized, say, several years ago, this change comes on top of other much-criticized changes to Ubuntu, including the move to Unity, Amazon integration into desktop search, the heavy simplification/tablet-oriented feel of the GUI, etc., which might make some less lenient toward Canonical at this point.

As for the future of my personal Linux usage, for the past several months, I’ve been using Linux Mint, and Xubuntu since the introduction of Unity in Ubuntu. Aside from a few issues related to how new my hardware is, Mint’s worked out well enough so far. At this point, I definitely don’t think I’ll ever go back to using regular Ubuntu; all the various changes, in my opinion, have made it much worse. I’m also wondering if moving from Mint to Mint Debian might be worthwhile, given my concern Ubuntu’s changes might in the long run negatively affect its derivatives (such as Xubuntu). Another reason to stick with Mint is that I don’t see many other distros I’d move to outside of Mint and the Ubuntu-family, besides perhaps Fedora (it’s where I first got started with Linux).

The ultimate option aside from all of those would probably be to go back to using Macs, like I did up through moving to Linux in 2005. Since OS X supports some of the open source software I’ve been using, it wouldn’t be so radical a move. (As for Windows: sorry, I’ve never liked Windows or been a Windows household, and with Windows 8 looking like a tablet-ized train wreck, that’s not likely to change…) 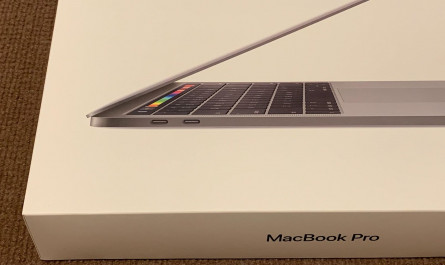 How to check your site for broken links