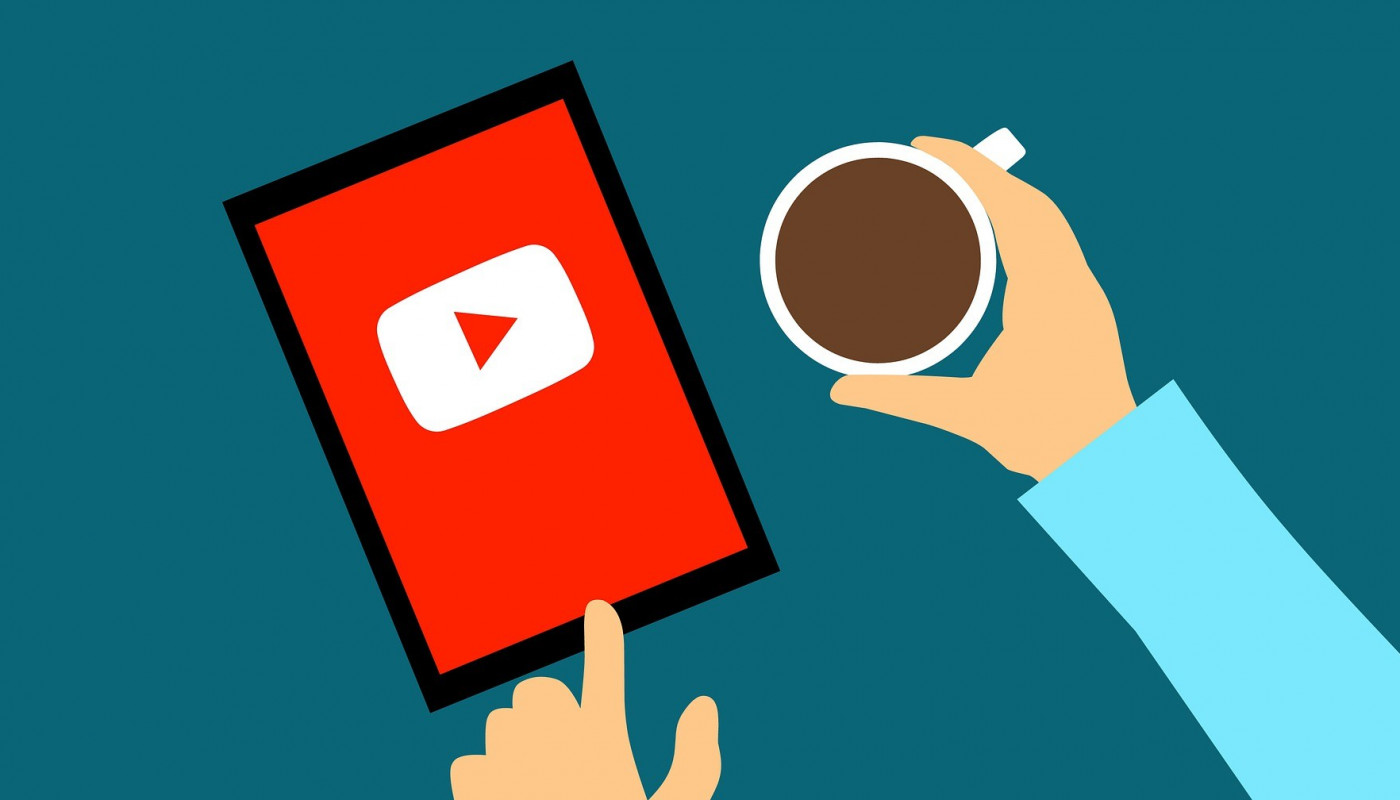 It’s time for my annual guide to streaming services for animation fans.

The biggest changes since I wrote my 2019 guide include the debuts of HBO Max and Disney+, and the ongoing (as of this writing) coronavirus pandemic. The latter’s seen streaming services gain a large influx of new customers.

As usual, my criteria:

I still advise limiting the number of streaming services one pays for to several or so tops. Contrary to some complaints claiming subscribing to such services is “no cheaper than cable,” you don’t need to pay for every streaming service that comes along.

One option that can help are some services available as bundling options or at a discount. Spotify offers Hulu and Showtime at a discount for students, and at one point offered Hulu for free to paying non-student Spotify customers. Meanwhile, Disney offers Disney+, Hulu, and ESPN+ as a bundled package ($13/month, the same as what the most popular Netflix tier runs).

Don’t pay for an ongoing service for just one show

Also, don’t subscribe to a service on an ongoing basis for just one show. That said, one option’s paying for just one month’s service (or use a free trial), binge watch the show’s episodes all at once, and then cancel. Just be sure to mark in your calendar the date the trial/first month’s payment expires.

Netflix is the most famous and popular streaming service, and for good reason. Besides how long it’s been around, Netflix’s catalog is quite large. They’ve also invested in original programming, especially with the loss of most Disney material to Disney+ (and some Warner Bros. shows to HBO Max).

Netflix costs $9 for the basic standard definition-only service, $13 for the usual HD service, and $16 for 4K viewing. Most will want the mid-tier HD service.

While HBO Max has problems in some areas (such as device availability), one of its strengths is it carries a library of the most popular Warner Bros.-owned cartoons. Full seasons of the original runs of “The Flintstones,” “The Jetsons,” and “Scooby-Doo, Where Are You?” are available, as well as a decent selection of Looney Tunes and Popeye shorts. Adult Swim programming’s also available.

See my previous review for more thoughts on HBO Max.

That said, AT&T’s recent layoffs suggest DC Universe may not be long for this world, as much of its current animated and live-action programming’s shifted to HBO Max (or the CW network).

(Update 9/22/20) Big news came not long after I wrote the above: DC Universe will become a comics-only service starting January 21, 2021. Renamed “DC Universe Infinite” (instead of, well, keeping its original and less awkward name for some reason), the service will cost the same as before, but carry a variety of DC Comics up through ones released six months ago. Basically, DCUI is going head-to-head against Marvel Unlimited, Marvel’s similar longtime digital comics service.

Meanwhile, the DC TV shows and movies will be folded into HBO Max. Or at least the newer productions; no word on whether the same will apply to DCU’s back catalog.

From my online observations, comic fans seem pleased by news of DCUI, while non-comic-reading superhero fans (i.e. most of the general public) have mixed reactions to DCU’s demise.

Hulu carries a variety of cable and broadcast network programming. That said, it’s lost some of its animated material to other companies starting their own streaming services (such as HBO Max or fellow Disney-owned service Disney+). Hulu costs $6/month for the basic level of service, or $12/month for the no-ads tier.

Disney+ offers the bulk of the Disney library of animated material, as well as from other studios they’ve bought (such as Marvel or Fox). Programming includes the more kid- or family-friendly fare Disney owns, including:

PBS Kids offers its own free service, which offers a rotating selection of episodes of each of its shows. Among the shows offered include:

CBS All Access‘ traditional main selling point was for “Star Trek” fans. However, ViacomCBS has committed to offering a bigger variety of material from across its holdings. As such, it’s improved its animation offerings. CBS All Access runs $6/month (with ads) or $10/month (without ads).

Peacock, Comcast’s attempt at getting into streaming, has a handful of animated cartoons, mostly either older reruns or DreamWorks-made shows that were once on other services. Programs of note include:

Peacock offers a basic tier for free, plus two premium tiers at $5/month (for the full library) and $10/month (without ads).

Apple TV+ doesn’t have as large a selection as other streaming services, but it does have a few cartoons, including:

Crunchyroll seems to be the most popular anime-specific streaming service. The service runs at $8/month, and includes a large library of programming.

Some popular shows available
on Crunchyroll include:

As for which ones I recommend? It depends on one’s tastes, but here goes…

Netflix carries a pretty large variety of animation, and isn’t tied to one particular studio or media conglomerate. Hulu and Amazon Prime Video also carry a fair amount of cartoons, though I prefer Netflix and Hulu over Prime Video.

Disney+ has pretty much cemented itself as the streaming home of anything Disney-related, as well as “The Simpsons.” For those who want to watch Disney/Pixar animated films, “Star Wars”‘s animated spin-offs like “The Clone Wars,” or the various Marvel cartoons from over the decades, they’re all here.

Despite its more adult oriented nature, the entire run of “The Simpsons” is on Disney+ as well. Those who also want the rest of the Fox Sunday lineup and other adult oriented cartoons (like Adult Swim’s “Rick and Morty”) might want to consider the Disney+ bundle, which includes Hulu and ESPN+ for $13/month.

For Cartoon Network/Looney Tunes fans who aren’t HBO fans (or want a deeper dive into such material), they’ll want to check out Boomerang. It’s also cheaper than HBO Max, as a bonus.

As of this writing, HBO Max still doesn’t run on Roku or Fire devices. HBO Max subscribers with those devices might want to get used to watching on their iPads or laptops instead.

When I wrote last year’s post on animation streaming services, Viacom still treated streaming mostly as an afterthought (possibly out of fear of eating into their numerous cable channels’ viewership). Thus, finding Nick shows like “SpongeBob” or “The Loud House” online wasn’t easy. In recent months, however, ViacomCBS has decided to put more effort into beefing up CBS All Access to appeal to more than just “Star Trek” fans. As such, the service is now the main home for Mr. SquarePants, plus other popular Nick fare.

That said, CBS All Access’ Nick Jr. side seems a bit sparse; from what I can find, “Paw Patrol” fans are better off either A) paying for Noggin as an Amazon channel add-on (at $6/month), B) subscribing to Philo TV (a live streaming cable replacement service for $20/month, but carries Nickelodeon), or C) just buy the DVDs/digital videos.

Hulu carries a great deal of adult oriented TV animation, including: the Fox Sunday lineup (outside of “The Simpsons,” which is on Disney+); “American Dad”; “Rick and Morty”; and “Archer.” As I said earlier, the Disney+ bundle includes Hulu and ESPN+, which is one way to also cover “The Simpsons.”

Fans of “South Park” will want to look into HBO Max, which has the rights to that show.

For younger children, PBS Kids offers its entire lineup of animated programming (plus “Sesame Street”) for free. Each show carries 4-6 episodes each, with new ones added (and old ones swapped out) once a week. The app also carries the live streaming/over-the-air digital subchannel network version of PBS Kids.

Since PBS Kids is free, there’s no reason not to add this one if you have young children.

Anime fans will be interested in Crunchyroll. It carries a large variety of material, including new episodes of some shows shortly after they air in Japan. Crunchyroll also offers some manga as a bonus.

Crunchyroll’s shows are largely subtitled. For those that prefer dubbed anime, there’s rival service Funimation. However, from what I can find, Crunchyroll’s the more popular of the two services?

Netflix and Hulu also carry a sizable amount of anime.

That sums things up. If there’s anything I’ve overlooked, or any questions, please list them in the comments below. 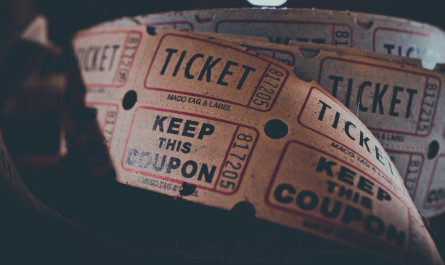 Google’s 2018 year in search: the World Cup, US midterm elections, and “Black Panther”