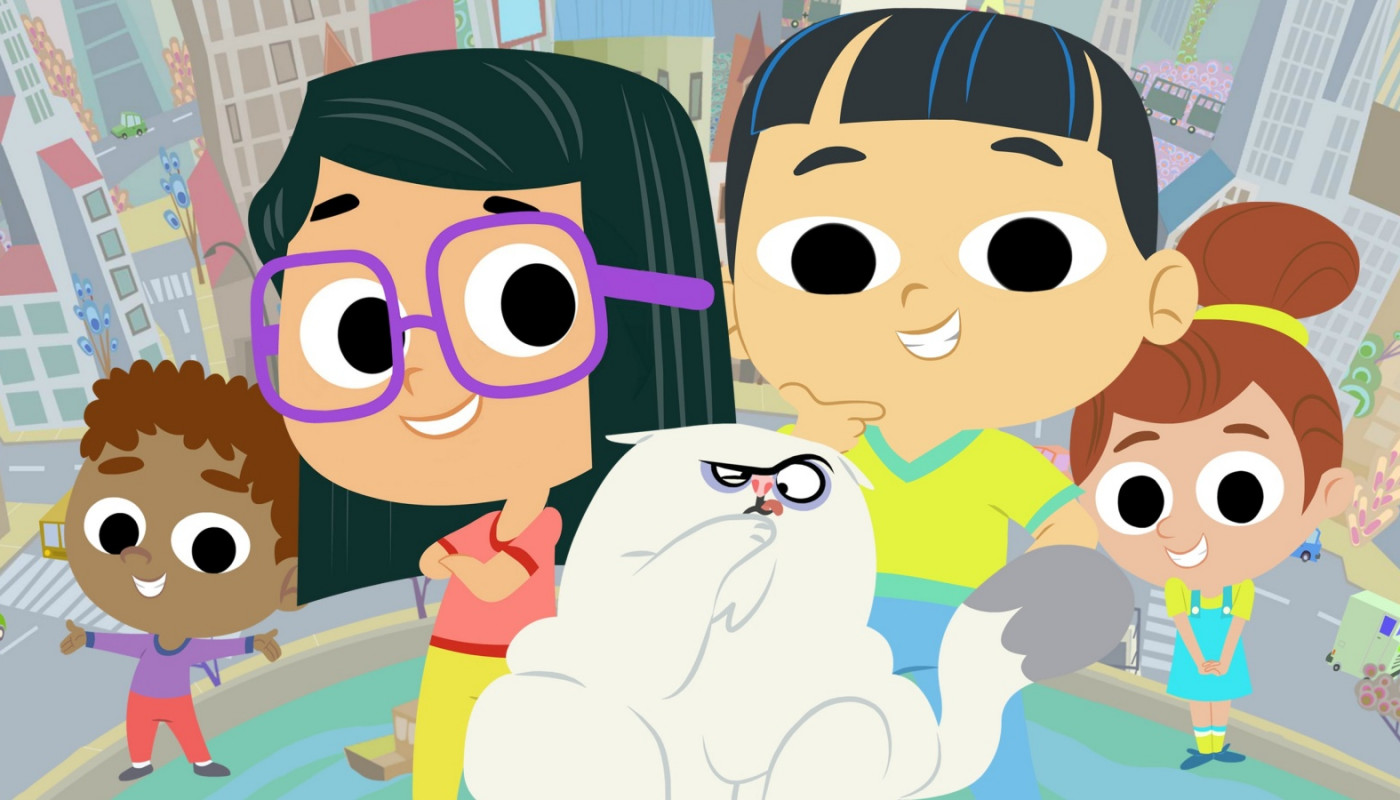 “16 Hudson” is an animated series of shorts that debuted in 2018. The show’s set in an apartment building in an unnamed big city. (The show’s title references the building’s address.)

The show stars a group of grade-schoolers, their families, and neighbors, who all live at 16 Hudson. Most of the episodes are “slice of life,” with the kids trying to do various tasks: participate in a spelling bee; do Father’s Day activities; help neighbors; and so on.

The show’s creators take pride in featuring a diverse cast. Most of the cast are people of color; there’s also a pair of same-sex parents.

The main stars of the show include:

The “16 Hudson” shorts are apparently popular enough that Big Bad Boo Studios produced a spin-off series starring Lili and Lola, with their friends putting in a few appearances.

Here’s the opening credits for “16 Hudson.”

As a bonus, here’s the opening credits for “Lili and Lola””s spin-off.