Related to this is this TechCrunch article stating that the growth of smartphone sales will drop in half from last year (from 14.4% in 2015 to 7% this year). Basically, almost everyone in Western markets and China that wants a smartphone already has one. The hottest future growth opportunities will likely come from India (where feature phones are still a majority of mobile device sales) and sub-Saharan Africa, where smartphones are growing in popularity.

Below is an infographic outlining the changing smartphone prices. 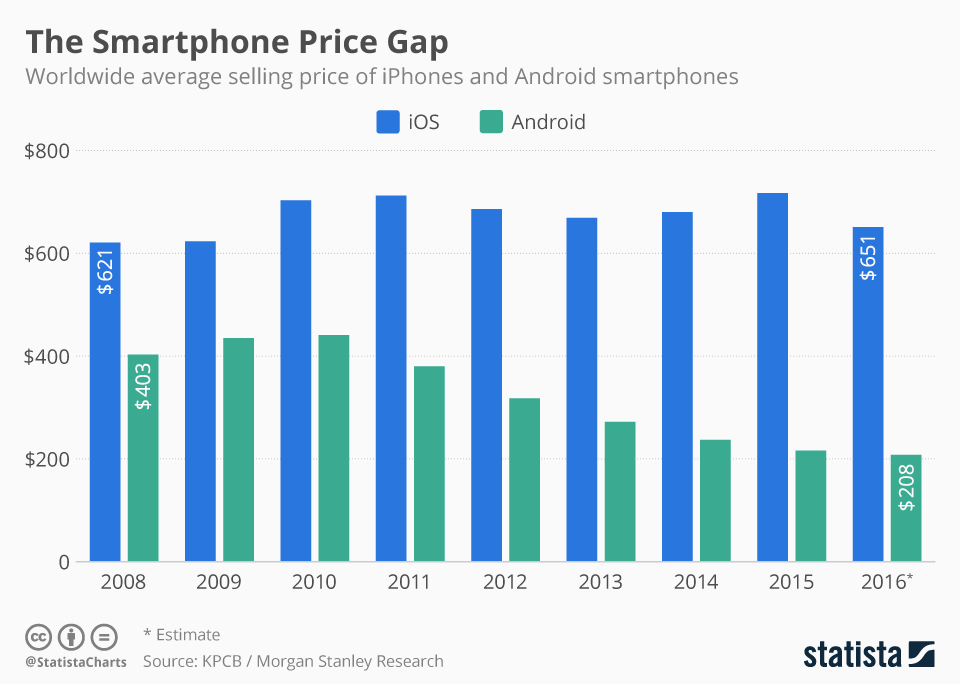 Given I’ve stuck with cheap Android phones (or the Palm Pre), I haven’t noticed much change in how much I’ve paid for phones. However, I have noticed a general increase in quality for lower-end Android phones as time’s gone on. So far, my current phone, the 2015 Moto G, is working quite well, a lot better than my previous Nexus 4 phone.