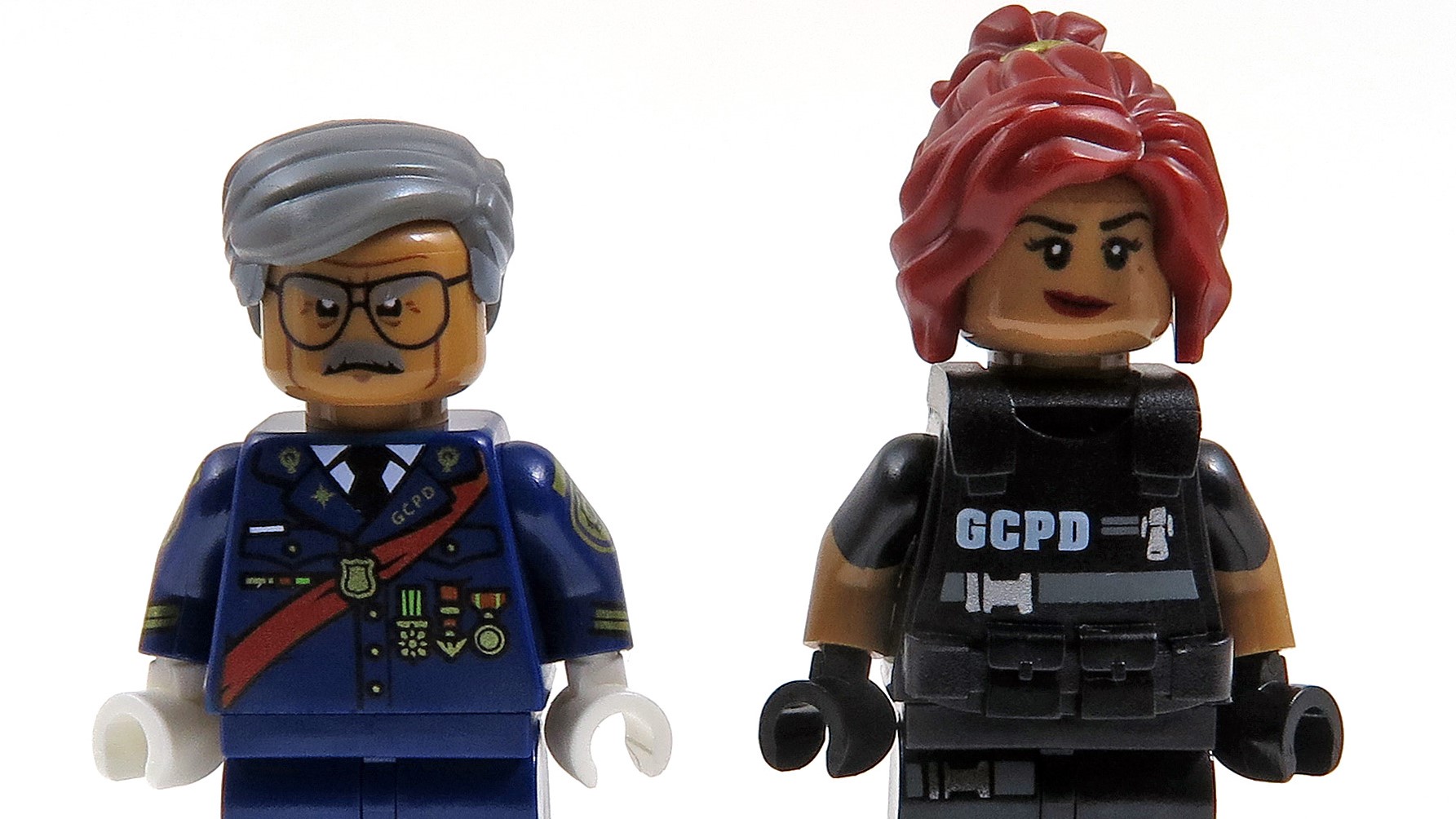 Superhero stories tend to frequently or even heavily involve the presence of the police. Part of this might be by their nature: at the end of the day, somebody has to arrest the Joker, Lex Luthor, the Weather Wizard, or Dr. Octopus after the heroes finish saving the day.

Some of this might be how ingrained the police are as protagonists in media. From “Dragnet” to the numerous “Law & Order” shows, cops play a big role in TV shows and movies.

The same goes for the police in superhero stories: Batman has close ties to Commissioner Gordon (and the Gotham City PD); Barry Allen works for the Central City police (as a “police scientist” or forensics); the Legion of Super-Heroes have the “Science Police”; Superman stories have him interact with various Metropolis police officers (Inspector Henderson, Dan Turpin, Maggie Sawyer).

That said, recent events are finally exposing the problems of policing, especially when it involves people of color. There’s now discussions on whether the presence of police as protagonists should be lessened in media. For instance, “Cops” has finally been cancelled after being on the air since March 1989; that’s even longer than “The Simpsons.” The fact much of this media isn’t written or produced by people of color (like a lot of material from Hollywood) also doesn’t help in how the police are presented in movies or on TV.

Removing or lessening the presence of the police in superhero stories seems a tall order, for the reasons mentioned above. That said, there are examples or ways I can think of to do so, which I’ll describe below. Note many of these would require major rethinking (or willingness to do so) on the part of the Big Two (DC and Marvel), as they’d permanently disrupt the status quo. At best, we’ll likely get a one-off story about police treatment of African-Americans (probably by a White writer, given DC and Marvel’s less-than-diverse staffing), but the usual norm won’t be changed.

The superheroes spend their time fighting some “cosmic” threat or having a grand adventure that doesn’t involve the police. Examples include:

Granted, this works for plenty of superheroes—it’s one of the Fantastic Four’s chief appeals. And the Big Two certainly rely excessively on crossover events that barely involve the mere mortals the heroes are supposedly protecting.

On the other hand, this doesn’t work as well for “street level” heroes (say, Luke Cage). It also might look alienating if the general public supposedly being protected in all this only appears as cannon fodder. See the numerous crossover events: “Crisis on Infinite Earths” alone is premised on billions (on each Earth) being wiped out of existence (including retroactively!).

The stakes involved can be relatively “minor” or don’t involve fighting Lex Luthor or the Joker. Instead, it might be either merely helping others in some task, or dealing with a random adventure. Examples include:

Golden and Silver Age stories, plus some stories since (such as the social issues-laden early 70s stories) often featured all of these. They’re also still common in superhero media aimed at children. It also might make for a change of pace to see superheroes function more as super-powered emergency rescue personnel rather than punching a bank robber.

The downside is such stories might be seen as too old-fashioned or “corny.” Someone who wants to see recurring villains might not be satisfied with a primary emphasis on such stories, even if some of these are considered all-time classics (such as Superman preventing a suicide in “All Star Superman”).

3. Kids learning how to become superheroes

Related to point #2 is the category of kids or teens learning how to be, or adjust to becoming, superheroes. Examples include:

Given such kids are still learning the ropes, not having the police show up is excusable. Such superhero settings also tend to incorporate point #2 elements; thus the kid heroes act more as super-powered emergency personnel. “Hero Elementary” for instance puts emphasis on the kids learning how to properly use their powers, and rescue people from disasters or solve problems using science skills.

This doesn’t work as well for adult heroes, who’re expected to be experienced or get a hang of things quickly (and fight actual villains). Though there’s a few exceptions, such as the early 1980s TV show “The Greatest American Hero.”

4. Police-tied heroes switch to becoming private investigators (or any other job)

For heroes tied to the police, such as Barry “The Flash” Allen, one option could be to switch their day jobs to becoming private investigators, or another job appropriate for their skills/interests. It’d be trivial to make Barry work for, say, Central City’s branch of STAR Labs instead of its police department.

Some superheroes already are basically private investigators. One is the Elongated Man, Flash’s pal.

One advantage is there’s fewer direct ties to the police. Barry’s new coworkers aren’t likely to be lodging tear gas at protesters, for instance. That said, if they’re private investigators, they still have to deal with the police as part of their jobs.

5. Focus on the heroes’ private lives

Instead of focusing on superhero slugfests that might get the police involved, shift the stories’ focus to the heroes’ personal lives. Examples include:

This avoids having the police shown, since the traditional villain fights usually aren’t seen, or are minimized.

The lack of emphasis on, or presence at all of, traditional villain fights might turn some off, however. There’s also the need to incorporate other genres’ elements (such as romance or humor).

The heroes simply take care of the villains themselves, without the police… or the justice system. Examples include:

This tends to not be a good look for our heroes. The Punisher alone, the ultimate example of this concept, nowadays is very problematic as a character. Even more so given some real life police are using the Punisher’s logo for their uniforms/cars. Marvel should either issue trademark cease-and-desist orders to said police, strongly rethink the Punisher as a character/concept, or just quietly retire the character.

7. The heroes are regulated by, or mainly deal with, non-local authorities

Some heroes are regulated by, or have ties to, authorities on a national or global level. Examples include:

No need for the police here, as the crimes tend to be either larger than local level ones, or authorities from the federal government or United Nations will show up. That said, this might have its own downsides—shifting some of the same problems with local police to the federal level?

Also, American superhero comics are traditionally individualistic, with concepts such as registering with the government frowned upon (see Marvel’s “Civil War” event). In “Academia,” metahumans who become superheroes are treated the same as someone wanting a driver’s license; they even go to special superhero schools. The idea of not doing so seems to be frowned upon or unthinkable.

8. The villains are too powerful or difficult to arrest

Similar to #1, there’s cases where the villains might be too powerful or hard to arrest. They might have excellent lawyers, are wealthy enough to buy their way out of trouble, or even have diplomatic immunity. Examples include:

Such villains are untouchable by conventional means, and are never truly defeated. The downside is it might make the hero look ineffective after enough of such battles end without any progress or justice brought to their foe.

9. In-universe reforms to policing and the justice system

Finally, there’s the idea of writing reforms to policing and the justice system into the story itself as a permanent change.

In real life, there’s many proposals to defund the police, as one way of resolving some of their numerous problems. This mostly involves reducing funding to the police, and redirecting it to other functions more appropriate (mental health services, etc.). Rolling Stone has more details about such here. The highest profile example (as of this writing) is Minneapolis’ proposed plans to defund the city’s police department. Other organizations around Minneapolis have already cut ties to the police, including universities and schools.

For superhero stories, these changes in how the police are depicted would be as big a change as it is for the real-life cities considering such. That said, I assume there’d be plenty of fans (especially conservative/libertarian ones) foaming at the mouth at the idea of Gotham City’s police department subject to such. It’d also probably be viewed as “putting politics in comics.” Never mind Gotham’s police force in most modern stories is shown as incompetent, useless, and/or corrupt. Or that one of the Batman franchise’s problems is that it’s never evolved much past the “tough on crime” 80s/90s, and all the problems of that mindset.

In my opinion, it’d probably also be better done by a writer who’s a person of color (read: hire more Black and Latino writers, Big Two).