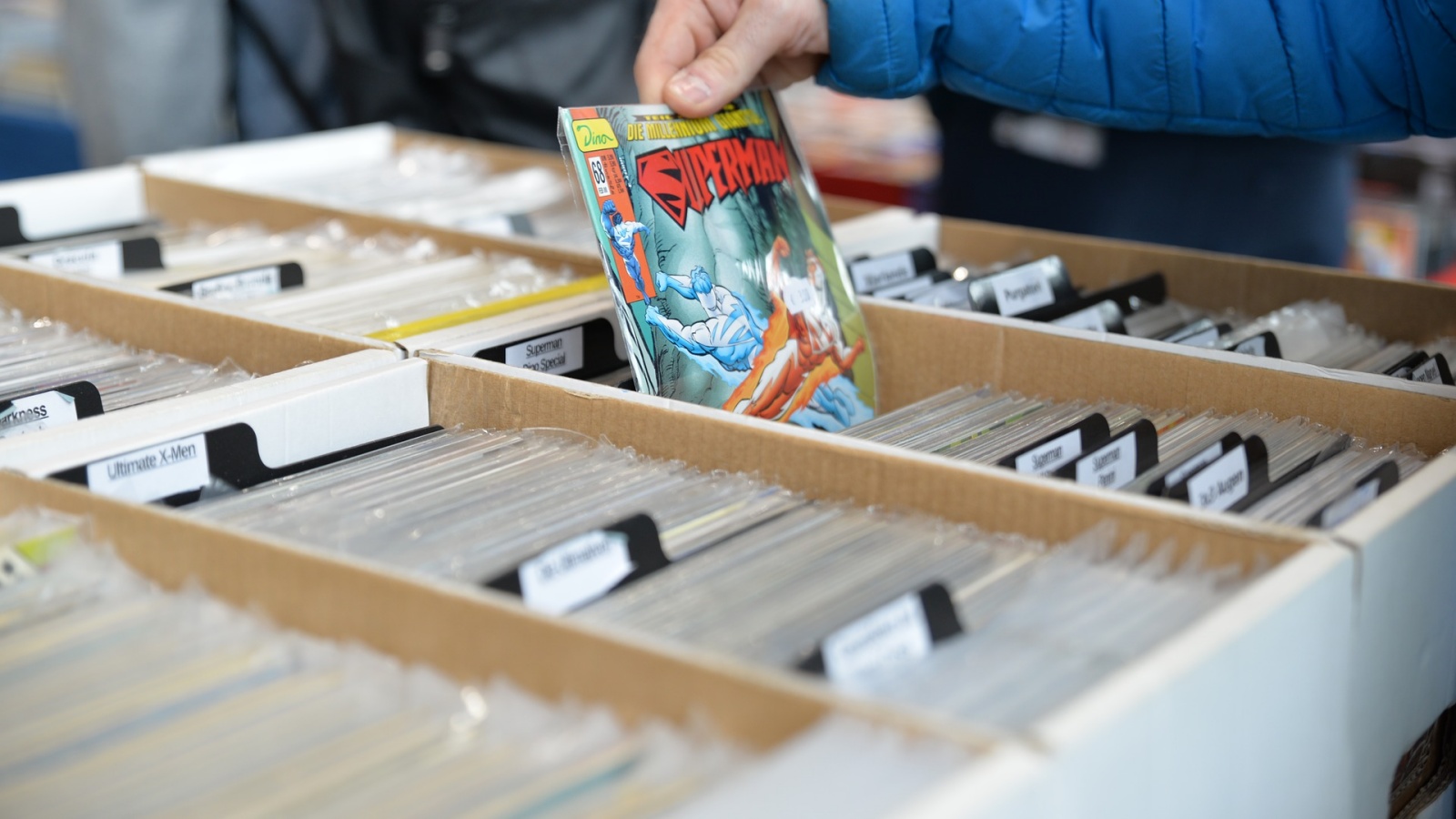 The current coronavirus pandemic’s rocked every form of media in fundamental ways, and comics are no exception. The direct market in particular (i.e., comics and graphic novels sold through local comic shops (LCS), via monopoly distributor Diamond) is on the ropes from the past few weeks’ events alone.

As I wrote last week, Diamond has stopped distributing new material to comic shops, with no definitive end date. But given a lot of “stay at home” orders in much of the country are running through the end of the month at minimum, it’s clear this isn’t ending too soon. (Here in Washington State, the governor’s extended the stay at home order through early May.) Making things worse, Diamond’s now unable to pay its creditors. The distributor announced on March 31 that due to cash flow problems, it’s unable to pay publishers and suppliers.

The fact the sole distributor didn’t have enough funds on hand to weather a major crisis like this (at least short-term) is alarming. And given things likely won’t return to normal for retailers anytime soon, this doesn’t look good for Diamond’s future.

What’s wrong with the direct market?

It also points to the shaky “house of cards” model that is the direct market. There’s a combination of factors:

As such, knock out one or more of these aspects, and it’s not surprising everything’s come crashing down. While things are pretty bad currently, other forms of media (book channels, movies, etc.) don’t have the fundamental problems direct market comics are facing.

While people want to support local comic shops, nobody’s a fan of the current direct market comics model. But what should a better model offer? Off the top of my head, a better system should:

An alternative model’s clearly needed, assuming Diamond actually goes down for the count after current events and/or the publishers don’t simply give up on publishing single issue comics altogether. I can think of several options:

This option would take advantage of existing means, particularly Comixology and book channels. People would get single issues right away. Fans of paper would also be able to get said stories in print, as trade paperbacks. Local comic shops could also sell trades, and shift to a greater emphasis on graphic novels/trades instead of floppies.

There’s also precedent for this elsewhere in comicsdom. Webcomics and newspaper comic strips have published collected print volumes for decades.

The down sides? As I said before, comic shops still rely a lot on floppies for sales. Dropping print singles might harm comic shops. (A proposal by point of sale service company ComicHub to temporarily support comic shops via a mix of digital and print singles was quickly withdrawn after backlash.)

There’s also traditional print fans who despise digital, and would be livid if digital was the only way to get weekly/monthly stories (and avoid waiting for the trade).

Finally, there’s the downsides of digital, particularly pricing, digital rights management, and the dominant influence of Comixology and its owner Amazon.

2. Switch from singles to an anthology format

Another possibility to consider is publishers switching from the single issue format to anthologies.

Anthologies were common as a comic format in North America decades ago. Long-running books like “Action Comics” and “Detective Comics” were (and technically still are) such; Superman and Batman were the lead features, but various rotating backup features (everyone from Supergirl to Roy Raymond, the “TV Detective”) filled out the remainder of the books. Page count reductions and price hikes by the 70s and 80s led “Action” and “Detective” to become the same size as any other single issue book, with few or no backup features.

On the manga side of things, “Shonen Jump” for years came as an anthology format: a collection of different ongoing features, printed in black-and-white, and at an affordable price.

For DC and Marvel, an anthology format could offer 80 or 100 pages of content containing several new stories at $8 or $10. They’d also be free to still offer gimmicks like variant covers and crossovers (a good or bad thing, depending on one’s point of view).

Advantages of going this route:

3. Publishers try to distribute single comics on their own

The final option I can think of is publishers setting up their own distribution services. A major example is Marvel acquiring Heroes World in 1994, one of then-several comic distributors. Granted, it ended disastrously–it’s part of what ultimately led to the comics market collapse of the late 90s and Marvel’s own bankruptcy. Still, if the Big Two in particular want to keep the traditional 22-page single issue comic going as a format (and fans of such won’t read or buy anything else), this route might be their only option.

One reason Diamond has a monopoly is distributing singles isn’t particularly attractive anymore, business-wise. Newsstands no longer sell single issue comics for the most part; Archie’s digests are the only prominent comics left in that space. (And note it’s the digests, not Archie’s singles.)

Another concern would be the logistics and costs. Comic shops would have to deal with multiple distributors; on one hand, there’d be competition, and avoiding the Diamond monopoly situation. On the other hand, it’s more work to go through several different channels versus Diamond’s one-stop shop. There’s also that DC and Marvel have the resources to easily pull such off (given their corporate owners); however, I’m not sure about, say, IDW or Archie.

Finally, this option is the closest to “business as usual,” so might be the most likely to leave in place some of the direct market’s previous problems.

For the long term, I think the best choice for the direct market’s either #2 or a combination of all three options: the publishers offering digital comics and anthology paper comics, eventually collected as paper trade paperbacks; said publishers would also make use of multiple distribution channels as much as possible. Also, local comic shops should shift to relying more on graphic novels and trade paperbacks, similar to regular bookstores.

That said, all of the above suggestions would require changes on the part of the publishers, comic shops, and/or the fans themselves. Given how entrenched the direct market has been, plus how long it’s been around, this might not be easy.

Note I’m not a comic shop owner, comic creator, or publisher. All of this is based on what I’ve read, plus my own observations and research as a comic fan. I’m also someone whose comic reading’s digital these days.

How do you feel about the direct market’s future, or what changes should be made?