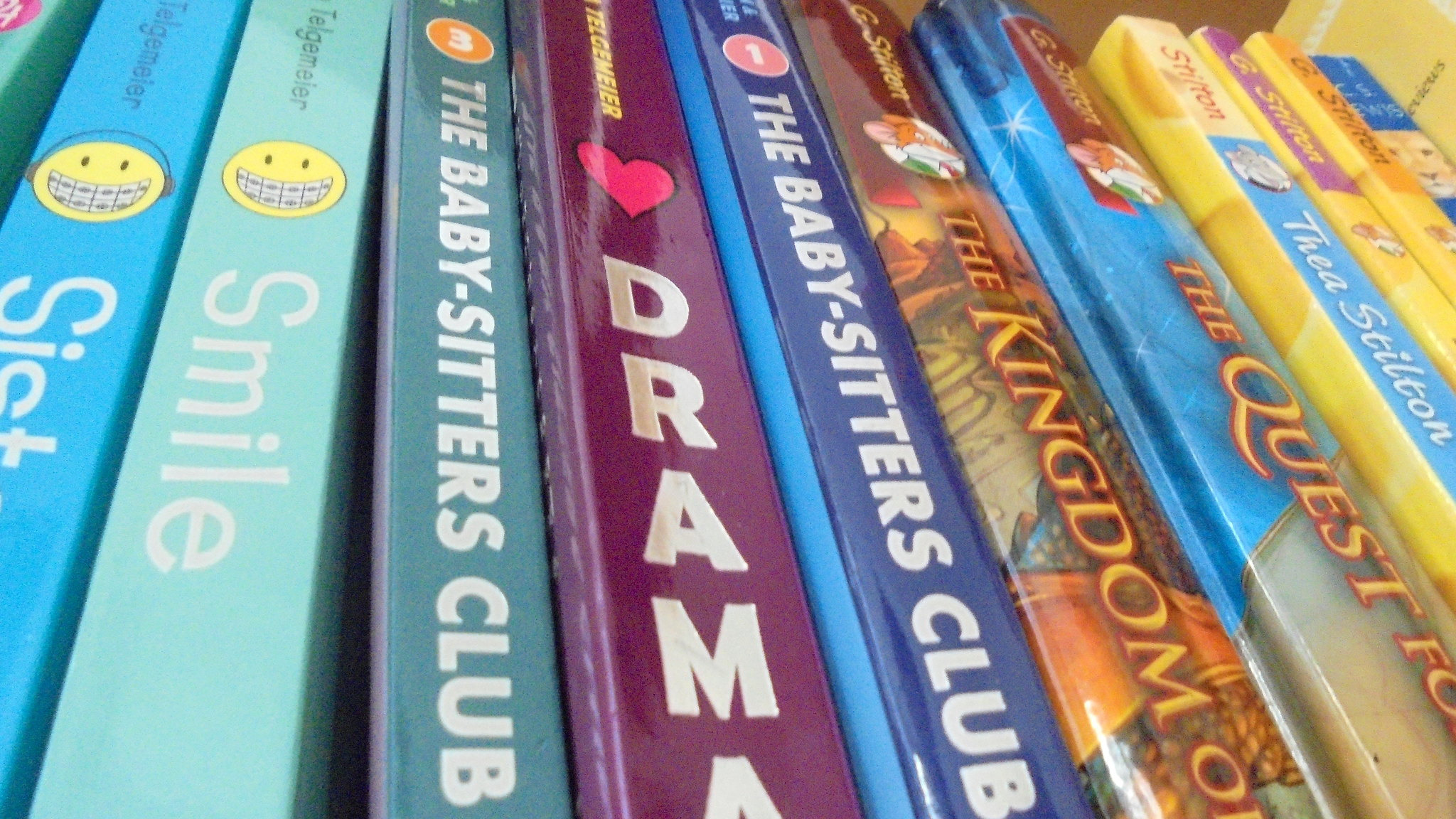 Websites ICv2 and Comichron have released their annual joint report on the state of comic sales. 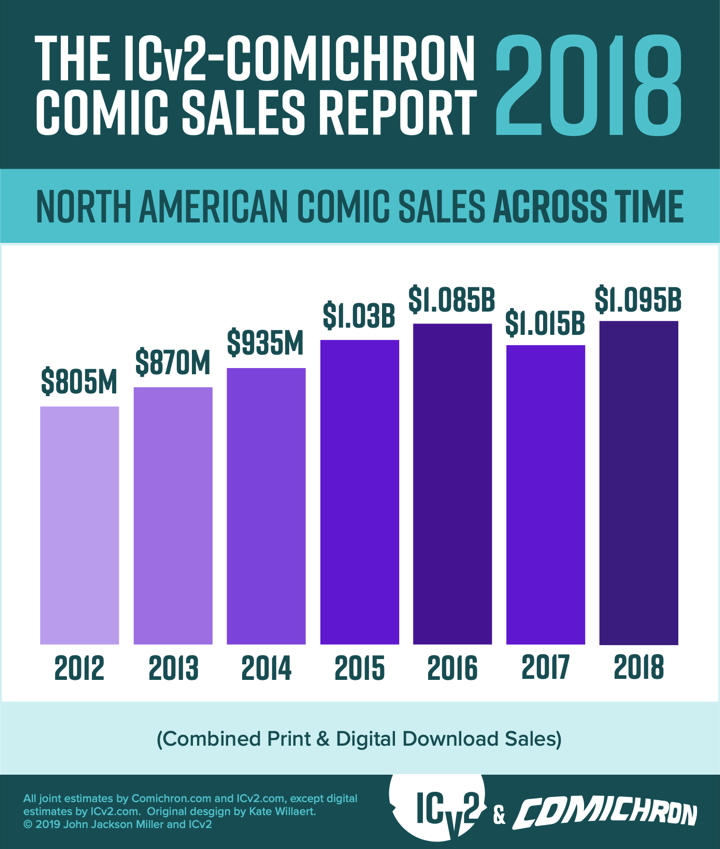 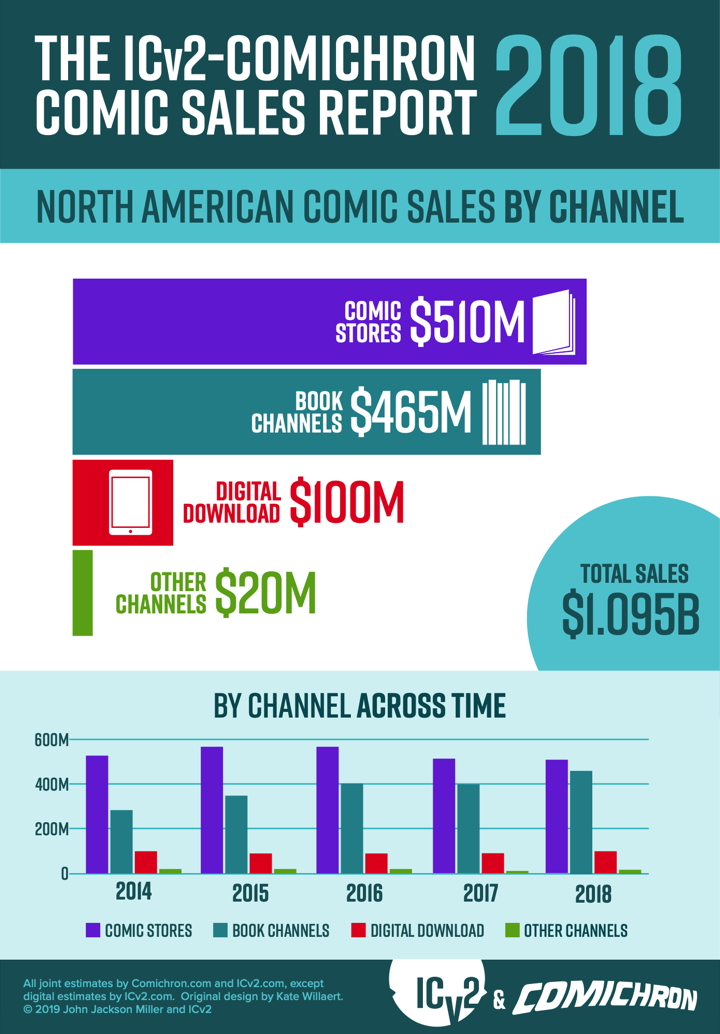 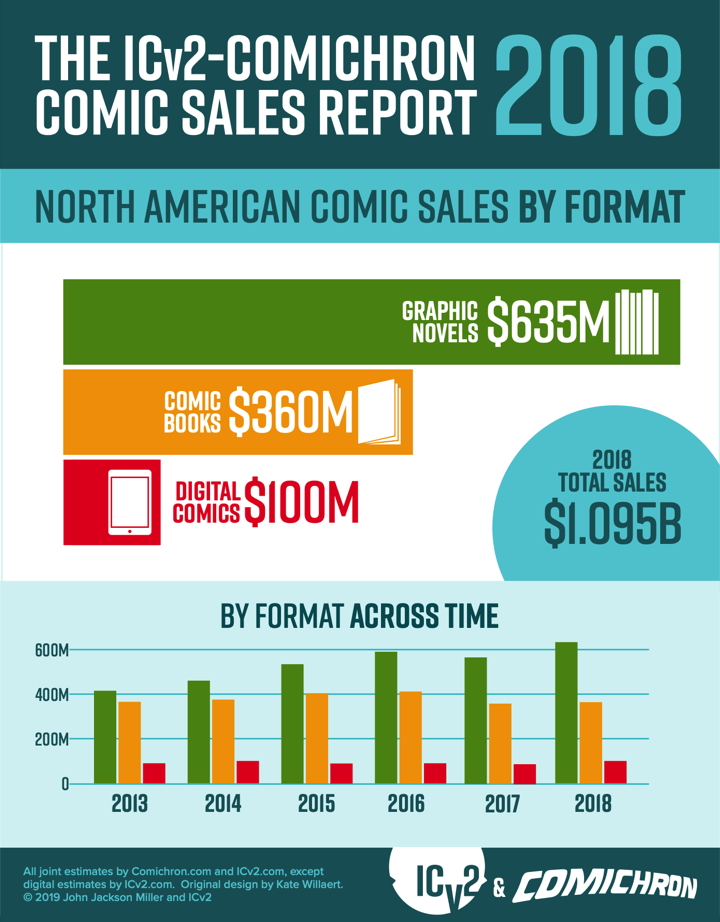 Finally, here’s the change in sales (from 2017) for each format:

Meanwhile, ignoring nonsensical bluster about how “SJWs are ruining comics,” 2018 single-issue comic sales (dominated by the Big Two) are almost flat from 2017. I assume 2018 floppy sales saw a slight boost from “Action Comics” #1000 and the hype surrounding the bait-and-switch non-wedding of Batman and Catwoman.

I can’t say what the future of Big Two superhero comics will look like, besides “maintaining trademarks” and “intellectual property farms creating material for WB and Disney to turn into movies/video games/T-shirts.” However, it’s obvious that comics as a whole in the future won’t be mainly defined by the traditional single-issue comic book. Never mind the direct market’s heavy emphasis on pre-ordering singles as the only way sales “count,” which is both increasingly dated and ludicrous. Speaking of the direct market…

Most comics sales are now *not* through the direct market

Among this year’s noteworthy news: Comichron notes that 2018 is the first year in at least 30 years that comic shops (and thus the direct market) aren’t the dominant source of comic sales:

“A historic shift is playing out as the market grew, primarily in the book channel, in 2018,” [ICv2’s Milton] Griepp said. “While comics stores are still the largest channel, they represented less than half the market for comics and graphic novels in 2018 for the first time in at least three decades.”

While comic shops have a plurality, it’s an increasingly narrow one over book channels. Last year, I noted I wouldn’t be surprised if comic shop sales fell below half of overall sales for 2018. I’m now wondering if by this time next year, book channel sales will eclipse comic shop sales. Either way, this is a very big deal, and marks a major shift in the US comics market (one Diamond certainly dislikes).

Digital sales have grown, which ICv2 chalks up to increased availability across more venues. These include Comixology, Apple’s iBooks, Google Play, and others.

Like music streaming services, it’s assumed that subscription-based comic services will continue to grow in popularity.

The “Other” category (newsstands and crowdfunding)

Of course, newsstand sales aren’t making much of an impact, even with DC’s Wal-Mart comic sales joining Archie’s digests.

I’d guess the bigger source of growth will be crowdfunded comics, via venues such as Kickstarter. One notable example is C. Spike Troutman, founder of Iron Circus Comics, who got her start through crowdfunding.

Overall, the North American comics market looks like it has a strong future. That’s thanks to: increasing diversity in genres offered; material that appeals to various age demographics (particularly kids); and growth in non-direct market venues such as bookstores.

A look at Archie's sales figures since 1960
Crossovers, "Love is Love" top December 2016 comic sales
Women have written six of the New York Times' top 10 graphic novels this week
The 2010s in comics, webcomics, and graphic novels
Share this post