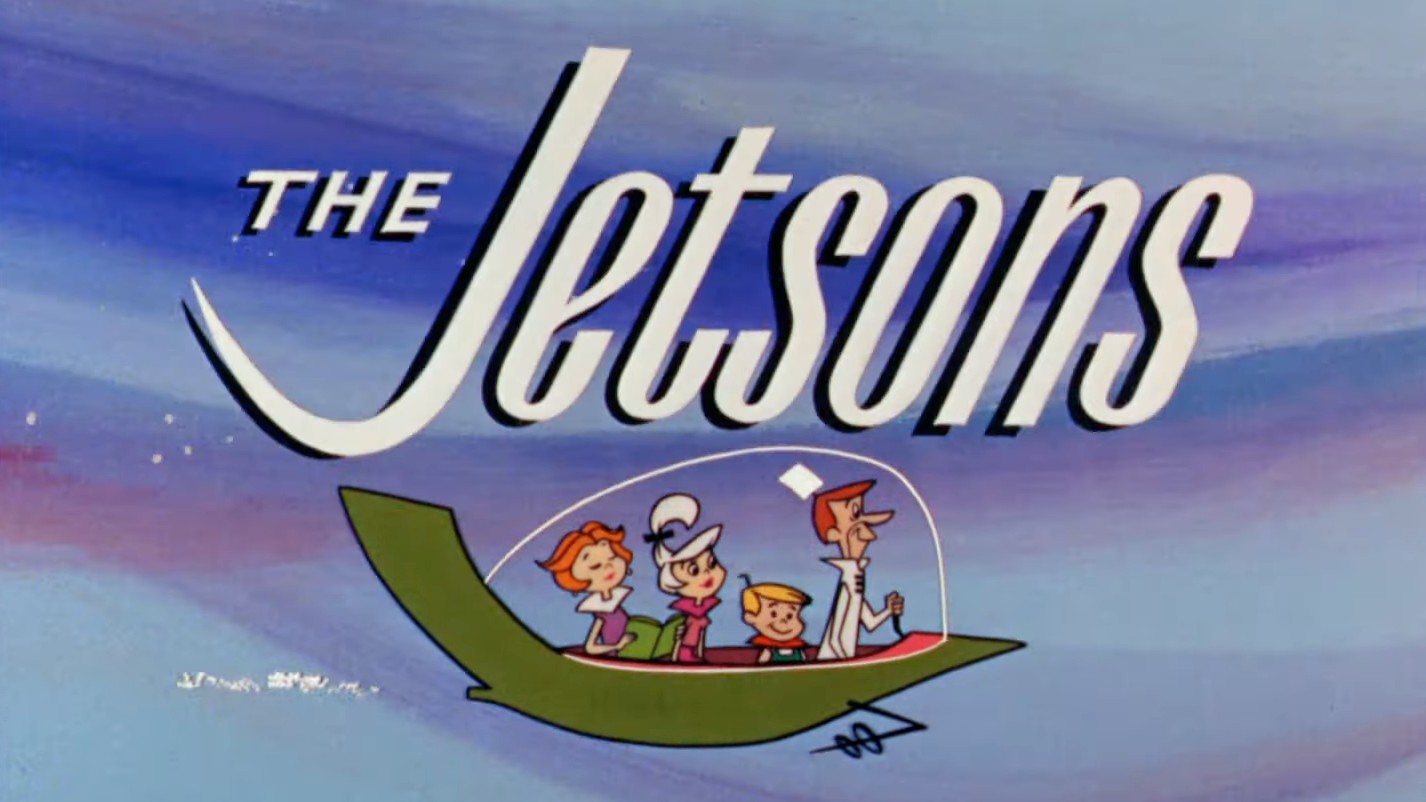 2012 marks the 50th anniversary of “The Jetsons,” the Hanna-Barbera cartoon that, along with “Buck Rogers,” “Star Trek,” and “Back to the Future II” probably forms a good deal of popular mental perceptions of what an optimistic, technology-driven future is like.

The series, loosely based on the comic strip “Blondie” (not just “the Flintstones in the future”), starred the Jetson family (parents George and Jane, plus offspring Judy and Elroy). “The Jetsons” lasted only one season in its 1962-1963 run on ABC, likely thanks to stiff competition from ratings champ “Walt Disney’s Wonderful World of Color” over on NBC. Still, the “first family of the future” gets credit for being ABC’s first regular program to air in color, and a lengthy run on Saturday mornings/in syndication earned a revival in the mid-80s, with a new batch of episodes produced.

Similar to the Flintstones, the Jetsons’ future (originally set in 2062, or 100 years in the future from its 1962 debut) features a spate of “space”-themed or technology-themed pun names for everything, ranging from TV show hosts “Jack Star” (Jack Paar) and “Jet Rivers” (Joan Rivers) to locations such as “Las Venus” (Venus as a Las Vegas-style gambling capital) or (in the 80s episodes) “Outer Moon-golia,” where tyrannical boss Mr. Spacely threatened a few times to transfer George.

Also similar to the Flintstones, there were various jokes revolving around technology. Some of the jokes were about technology that sounded far-fetched for the early 60s, but ironically we actually have in some manner today. One joke involved Judy misplacing an encyclopedia the size of a small disc. CD-ROMs, anyone? (And yes, even those are seen as outdated nowadays!) Other jokes involved George or Jane getting strained from pushing buttons all day (carpal tunnel syndrome?). And, of course, the technology would sometimes malfunction, giving (in the closing credits) George’s famed line “Jane! Stop this crazy thing!” Still, when people think of flying cars or robot servants, the Jetsons’ hovercars and robotic maid Rosey are probably what spring to mind (besides the flying DeLorean in “Back to the Future II”).

Of course, since the show’s first season was written in the early 60s, said season reflects that era’s values—it’s the future, but Jane’s still a homemaker, jokes about women drivers dominate the episode where Jane learns to drive, and there’re no people of color.

The 80s revival, besides adding more episodes, also added a new character, the family’s alien pet Orbitty. (Apparently the family dog, Astro, wasn’t enough, despite Astro having his own short-lived spin-off in the early 80s.) Said character’s probably one sign of the shift in tone of the 80s episodes, which put a bigger emphasis on science fantasy elements such as more aliens appearing. The new episodes also put an emphasis on computerized technology, also reflecting the leap in technology since the 60s. Other societal shifts since the JFK era are also reflected: Jane and Judy are seen driving without remarks, while there’s various people of color as background/secondary characters. A series of title cards were also created for all of the 60s and 80s episodes (with Orbitty depicted), along with a more synthesized version of the theme song (and different, static closing credits). Recent syndicated prints of the show, plus the DVDs, have reverted back to the original opening/closing credits, but retain the title cards.

While I like the Flintstones better (a lot fewer “you’re fired!” plots, per the more easy-going Mr. Slate), I did enjoy the Jetsons. Among my favorite Jetsons elements include the appearances by “Uniblab,” a backstabbing, gambling robot who’d easily fit in on the current popular TV cartoon set in the future, “Futurama.” I also liked the 80s TV-movie “The Jetsons Meet the Flintstones,” crossing over the two classic Hanna-Barbera shows.

Still, I have to wonder why Google never created a special Google Doodle for “The Jetsons,” given the show’s future-tech focus. Ironic that the Flintstones instead got a doodle, despite their being set in the Stone Age.

Image from “The Jetsons.” (Warner Bros.)