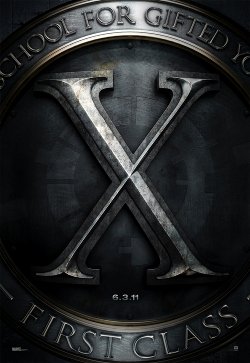 I thought I’d follow up my earlier post on what I’ve dubbed the “Jay Sherman Test” (in a take-off on the famed “Bechdel Test“) and this summer’s comic-based or animated blockbuster films, by seeing how the films I listed held up (both critically and in terms of box office).

The films in question were:

Also adding “Transformers: Dark of the Moon,” a film I missed originally, but seems loosely based on the 80s animated series (plus the toys) and was one of the summer’s more-hyped films. All of the films on the list (save “X-Men” and “Transformers”) passed the Sherman Test.

For “critically,” I’ll list what each film got on Rotten Tomatoes:

Critically, looks like the best film of the bunch, oddly, is “Winnie the Pooh,” followed by “X-Men: First Class,” “Kung Fu Panda 2,” “Captain America: The First Avenger,” and “Thor.” The numbers fall off a cliff after that, with hyped stuff like “Cars 2” and “Green Lantern” doing poorly, while at the bottom is “Conan.” Despite “First Class” technically failing the Sherman Test, it was highly regarded by many as being better than the “Wolverine” prequel. The ones at the bottom of the list also passed, but still didn’t do well.

For domestic box office, from Rotten Tomatoes and Box Office Mojo (as of the weekend of September 9-11):

Unsurprisingly, the top grossing film was “Transformers,” followed by “Cars 2,” “Thor,” “Captain America,” and “Kung Fu Panda 2.” Trailing close behind at #6 is “X-Men: First Class.” At the bottom of the list is “Conan the Barbarian”; while “Pooh” didn’t gross much more than “Conan,” it was a lot cheaper to make, though neither film made a profit at the US box office. Which is unfortunate for “Pooh,” as it cost $30 million to make; with foreign box office factored in, “Pooh” made a total of $33 million. Still, it might discourage more 2D animated efforts by Disney in the future.

While “Cars 2” didn’t make its budget back in the domestic box office, it raked in vastly more overseas ($358 million). The same goes for “X-Men: First Class,” another big international hit (at $206 million for foreign box office take).

Overall, while it looks like “X-Men” broke the test by being a critical *and* box-office hit, a lot of the other films didn’t do too badly on either side. I’ll try to do this again next year for 2012’s films…