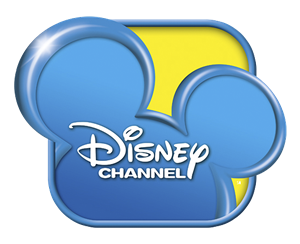 While LGBT characters have made inroads into various other areas of media as characters, children’s media seem to be the one area where gays have long been deemed off-limits. This is particularly so for children’s television. Basically, it’s OK for kids to see book-dumb kids with fairy godparents but said kid still subject to child abuse/neglect, and kids making strange creatures that can only say their own name engage in (basically) cockfighting, but a story about Uncles Roger and Bob stopping by for a visit has long been deemed a big “NO.” Gays have long been deemed not “suitable” for American children’s television, despite that kids see such characters in primetime sitcoms, children’s comics, etc.

At least, until now. Disney this week debuted a lesbian couple on “Good Luck Charlie,” one of its multitude of live-action sitcoms. The couple are neighbors of the starring family, and have a preschool child of their own (the plot has them stop by for a play date with Charlie). However, don’t get too attached to them, “Charlie” fans—“Good Luck Charlie” has been cancelled, with the final episode to air shortly.

One Million Moms, fresh off their failed anti-Archie protest and protesting “SheZow,” got wind of this and tried to protest, to no avail.

For more on this, plus a video clip of the parents’ introductory scene, here’s an article:

The fact Disney’s willing to introduce LGBT characters on any of their shows suggests things are finally changing for children’s TV. It also makes seeing openly gay characters more likely in children’s animation, hopefully with better treatment compared to primetime/adult animation. Primetime/adult animation’s depictions of LGBT characters are (in my opinion) stuck where live-action TV was in the 1970s/80s—the characters are largely either some sort of stereotype, closeted, or non-existent altogether.