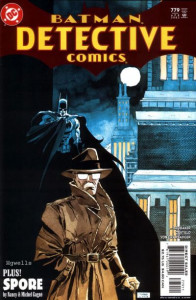 Warner Bros. has announced two DC-related TV shows coming to TV soon: “Gotham,” a show about Gotham City Commissioner James Gordon’s early days as a Gotham cop, dealing with various villains; and a TV series starring Constantine of “Hellblazer” fame. The former will air on Fox, while the latter will air on NBC.

Obviously, Time-Warner wants to try to stay competitive with Marvel in the live-action TV landscape. The announcement of “Gotham” came during the debut of “Agents of SHIELD,” after all.

For “Gotham,” since Batman won’t be appearing, and since it’s early in Gordon’s career, I assume they’ll have Gordon (and probably Harvey Bullock, Renee Montoya, and the rest of the Gotham City Police Department’s cast) deal with the more “realistic” villains in Batman’s rogues gallery. The various mobsters/ordinary criminals are assuredly guaranteed to appear (Lew Moxon? Boss Zucco?). Suppose the pre-supervillainy villains as well…Oswald Chesterfield Cobblepot pre-Penguin? Edward Nygma pre-Riddler?

Still, if it’s taking place before Batman (or other superheroes) first appears, I’d expect this show to not be much different from the multitude of police dramas already on TV, comic references aside. Of course, since it’s Fox (and this show’s not “The Simpsons,” Cops, or a Seth MacFarlane series), your guess is as good as mine how long this show will last.

For Constantine’s show, he seems more appropriate for a cable TV channel, or a pay channel like HBO. On NBC, I’m guessing his more “extreme” aspects will be toned down, including his sexuality (Hollywood execs: “Bisexuals? Those are just punch lines in sitcoms! When we acknowledge they exist at all!”). I assume NBC’s interested in Constantine (or whatever the show ends up being called) since supernatural themed shows are popular. NBC might also want the show as a companion to their current series “Grimm.” And no, I’m not sure how long Constantine’s TV show will last, since I expected “Revolution” to have been long since axed by now.

All this of course is alongside “Arrow” on the CW, which is gaining Barry “The Flash” Allen. Overall, looks like a busy slate for live-action DC Comics shows coming up. Except for the Amazing Amazon, that is; development of her show’s pilot has been “paused.” I do have to wonder why Diana Prince’s show is on hold, while Time-Warner fast-tracks a series about a Batman supporting character (excessive reliance on Batman aside). It can’t be because “Wonder Woman is tricky!,” which is only the case if you’re a Hollywood executive, or in charge of DC’s “New 52.” 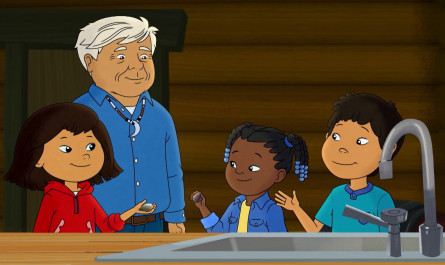