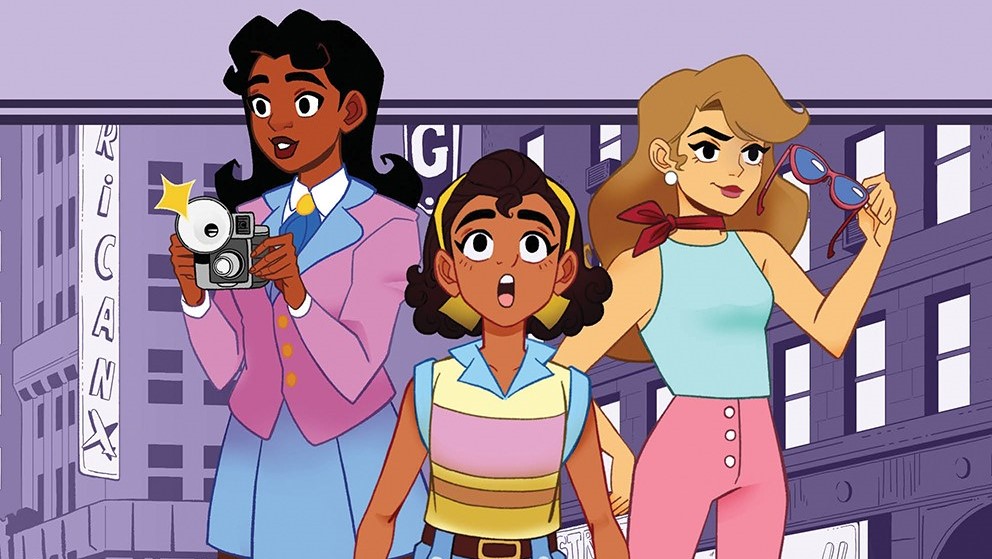 Here’s a look at what comics of interest are coming out for May 2020.

Answering my question from last month, Archie’s solicitations for May consist of: two miniseries installments (“Sabrina” and “Super Duck”); a trade paperback of the “Archie: The Married Life 10th Anniversary” miniseries; a trade of classic stories; a one-shot single-issue special; and the usual digests.

Goldie Vance is finally coming back in 2020!

Goldie’s the star of a series of graphic novels (by Boom! Studios). She’s a teenage amateur detective that solves mysteries in and around her father’s resort hotel. The series is set in an alternate version of 1960s Florida—one with modern-day race/sexuality attitudes, rights, and norms.

In this new volume, Goldie and her friends embark on a trip to Hollywood.

Dan DiDio has been let go from DC Comics

As of this writing, DC’s going through a particularly interesting transition. Longtime publisher and editor Dan DiDio was abruptly fired; news was leaked/released the afternoon of February 21 (a Friday). DC’s other co-publisher Jim Lee will take over as the only publisher (for now).

DiDio had his fans, but I never liked his “darker and ediger” mindset toward comics, which was one of several things that’s turned me off of DC. Between “Identity Crisis,” “Infinite Crisis,” banning Batwoman from getting married, and especially the New 52 reboot, I can’t say I’ll miss him as an editor/publisher. Hopefully this is a start of DC (or new owners AT&T) trying to establish a less cynical direction for Superman, Batman, and company.

Meanwhile, it’s uncertain whether DC’s planned (and poorly named) “5G” reboot is still on as planned. It’s supposed to reboot their timeline (yet again), somehow reconciling 80 years of published books and continuities. The first installment of this (“Generation One”) is out in May; among the questions the solicitations ask: “What was the real reason behind the Justice Society’s retirement?” I gather McCarthyism isn’t good enough for DC anymore (the in-universe reason the JSA called it quits in 1951)? Given the current state of politics, I would think abuse of government power by petty individuals would have resonance with readers.