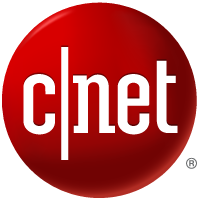 Alliterative headline aside, it’s also today’s big tech (and journalism) story—CBS, owners of (very) long-time Internet mainstay tech site CNET, has engaged in what TV Tropes calls “Executive Meddling.” In this case, the reason for said meddling is that CNET was on the verge of awarding a “best in show” award at last week’s Consumer Electronics Show to a DVR-device that, among other factors, A) is made by Dish TV (which is engaged in a legal dispute with CBS currently) and B) allows the user to skip commercials (thus the source of said dispute). The full story’s available at here and here.

I agree with the critics that this intrudes on CNET being able to conduct future product reviews (let alone any future “best of” awards) in an impartial manner. I usually consider CBS as one of the better television news sources (with “60 Minutes,” CBS’ somewhat more reserved tone than NBC/ABC, etc.). Still, it’s unfortunate in this case that money trumped neutrality… or common sense. Wonder how many people will just skip CNET in the future and instead go to one of the myriad of other tech review sites online? Or just read the reviews on Amazon.com product pages…

Also a shame in that CNET’s one of the oldest and longest-lasting sites on the Web. I can remember their TV show on cable channel USA in the mid-90s, which aired before their reruns of “The Superman/Batman Adventures.”