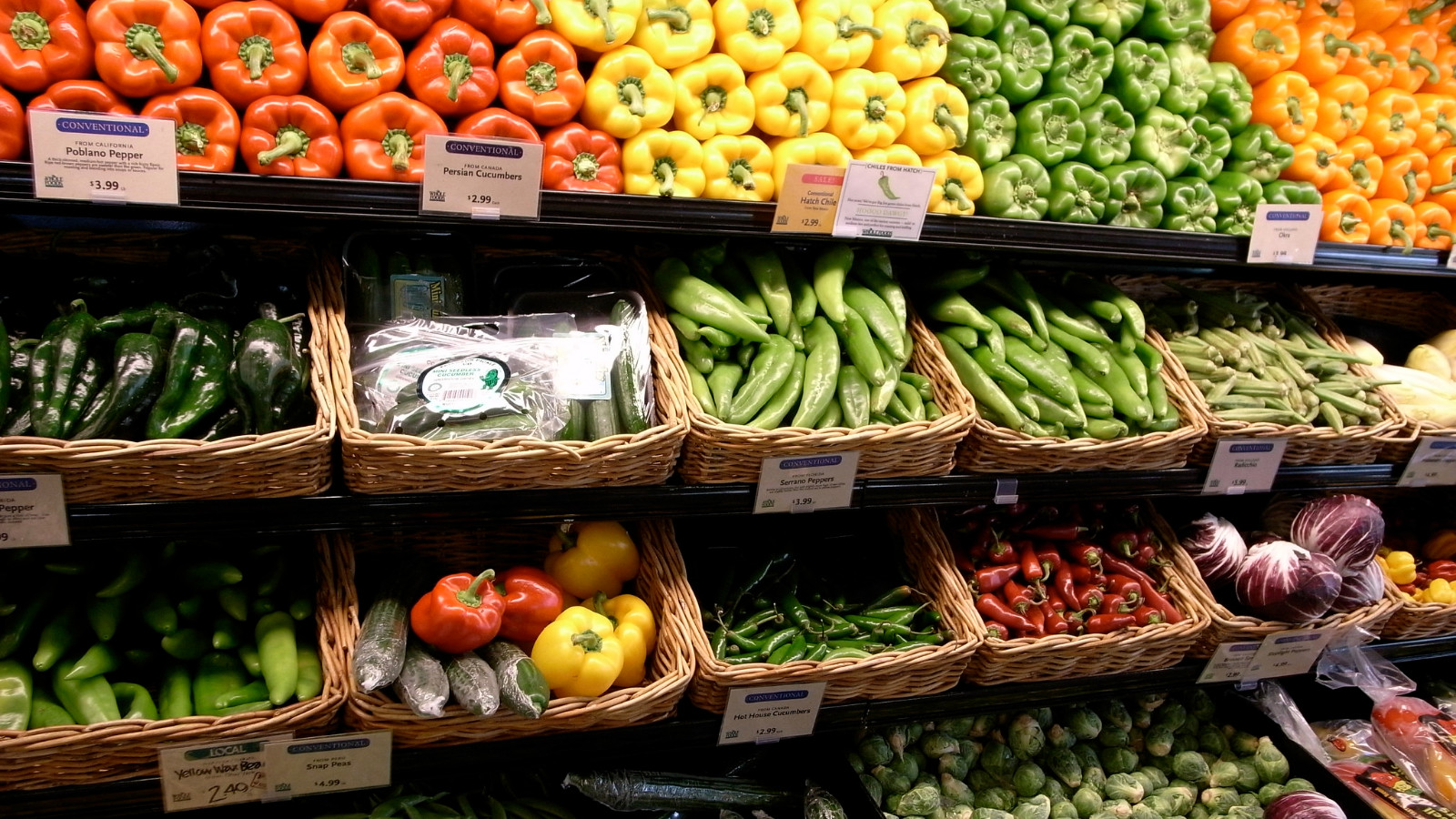 While there’s no truly exact numbers, Wikipedia claims about a fifth of the world’s population is vegetarian, mostly out of economic necessity. In the United States, the figure’s about 3% of the population.

By contrast, Popeye is probably the most famous vegetable-liking cartoon character; however, despite the sailor’s love of spinach, he’s not a vegetarian. One Fleischer-era animated short has him trying to order a roast chicken from Bluto’s restaurant.

That said, there are comic and animated characters who’re vegetarian, without it being treated as the butt of jokes. I’ve listed 10 such vegetarian cartoon characters below. I’ve stuck with human/humanoid characters; while some cartoons show vegetarian talking animals that’d normally be carnivorous (Sue Ellen the cat in “Arthur,” for instance), that might raise other questions. I’m also using characters whose canonical versions are confirmed as vegetarian (versus alternate universe versions, etc.).

If curious, no, I’m not vegetarian; I do like burgers, bacon, and chicken. Still, I think the idea’s silly that I’m somehow “superior” to vegetarians (or “manlier,” “tougher,” etc.) because I’m able to plop down $5 for a value meal at Burger King. (Or something.)

Aang is the star of Nickelodeon’s popular 2000s series “Avatar: The Last Airbender.” Given his background, the show’s creators felt it was relevant to highlight Aang being a vegetarian.

Buddy “Animal Man” Baker has been around since the mid-60s, but didn’t get his own ongoing series until the late 80s. Buddy’s series focused on his dedication to animal rights work and being a vegetarian.

The main writer of Buddy’s series was Grant Morrison (the creator of the aforementioned Bat-Cow); Morrison was interested in animal rights issues and vegetarianism.

Garfield “Beast Boy” Logan’s diet didn’t get much exposure in the comics. However, the 2000s “Teen Titans” cartoon famously turned the shape-shifting hero into a vegetarian. Beast Boy’s diet clashed often with the very non-vegetarian Cyborg. As Beast Boy noted, he’d “been most of those animals” as what turned him off on eating meat.

The comic version of Beast Boy eventually followed suit; as of 2017 (and DC’s “Rebirth” revamp), Beast Boy’s comic self is vegetarian, too.

Damian Wayne, the current Robin and Bruce Wayne’s son, seems to have mixed popularity among comic fans (from what I’ve seen online). Still, he did convert to vegetarianism in one story. A 2012 story saw Batman and Damian rescue a cow from a slaughterhouse used as part of some sort of crime ring. Damian declares he’s now a vegetarian, and the cow is “Bat-Cow.”

Oddly, Bat-Cow’s become a minor Batman Family character (like Ace the Bat-Hound) in non-canon media; she’s appeared in media spin-offs, including a Lego Batman video game and several children’s comics. In “Tiny Titans,” she even has a futuristic counterpart, “Bat-Cow Beyond!”

A member of the group the Runaways, Karolina’s a vegan; she’s also one of Marvel’s more prominent LGBT superheroes.

For more about Karolina, see my post about the youthful superhero.

Lisa famously became a vegetarian (out of animal welfare concerns) in the seventh season episode “Lisa the Vegetarian”; it’s occasionally come up since. The episode did have her clashing with meat-loving Homer, though they both reconcile at the end.

Patrick McDonnell, the cartoonist of the newspaper strip “Mutts,” often focuses on animal rights issues in his strip. McDonnell himself is vegetarian, and such themes also show up in the strip.

In a 2013 Thanksgiving storyline, Millie (the kindly older woman who owns Mooch the cat) decides to cook a vegan meal. Her husband, Frank, is less-than-sold on the idea. Millie sways Frank by listing all the side dishes they’ll be having; these include traditional foods like cranberry sauce and pumpkin pie. After the meal, Frank admitted he didn’t miss the turkey.

Rob’s the owner of Satchel, a dopey but likable dog, and Bucky, a surly, scheming, delusional cat. Rob’s also a vegetarian, something that he clashes constantly with Bucky over.

In the 2000s Disney animated series “The Weekenders,” Tish is the intelligent, artistic member of the group. She’s also a vegetarian, though this doesn’t cause conflicts with her friends. In the show, the gang’s favorite food is pizza, with all the varieties of toppings that offers. A running gag on the show is that the gang’s favorite pizza place changes names/themes every episode.

Tish’s vegetarianism is referenced as a brief sight gag in the opening credits; the others are eating hot dogs, while she has a carrot in a bun. A Google search shows that carrot hot dogs do actually exist, with multiple recipes. Basically, the ends of the carrots are cut off (unlike Tish’s carrot-dog); the carrots are then marinated, placed in a bun, and topped with the usual hot dog toppings.

While Zatanna‘s a long-running magician character, her dietary habits weren’t dwelled on much until 2010, when her own book declared Zatanna’s a vegetarian. Whether this still stands (per DC’s 2011 line-wide “New 52” reboot and 2016 “Rebirth” reboot/revamp) isn’t certain; however, there doesn’t seem to be a reason to assume otherwise.

“Vegetables in Whole Foods Market” by Masahiro Ihara is licensed under CC BY 2.0 (Flickr / cropped from original)