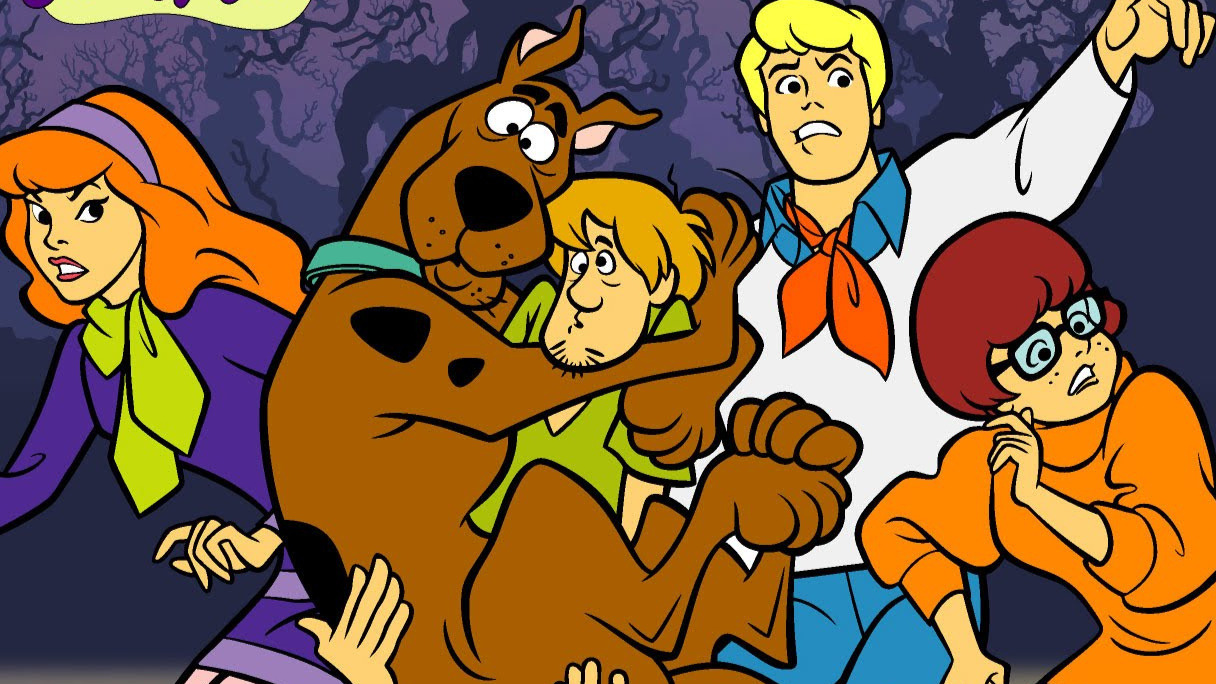 Nearly 50 years after his debut in September 1969, Scooby-Doo has become one of the most popular American cartoon characters of all time. Since Scooby’s late 90s revival (starting with “Scooby-Doo on Zombie Island”), he’s managed to eclipse his fellow Hanna-Barbera titans the Flintstones and Yogi Bear in prominence, getting a stream of new series and direct-to-video movies up to this day.

Comics prominently feature Scooby, as well; he currently has three ongoing monthly books: “Scooby-Doo, Where Are You?” (standard Scooby-Doo adventures), “Scooby-Doo Team-Up” (team-ups with different DC Comics superheroes or other Hanna-Barbera characters), and “Scooby Apocalypse” (a “mature readers” take on Scooby, with the gang fighting post-apocalyptic monsters). Even DC superhero A-listers like Wonder Woman (who had a smash hit summer blockbuster), the Flash (who has a popular TV show), and Aquaman (who’s got an upcoming movie) don’t have as many monthly ongoing comics as the canine.

On behalf of the Obama family, Merry Christmas! We wish you joy and peace this holiday season. pic.twitter.com/CNFUZrhrBj

Of course, Barack Obama was eight years old when “Scooby-Doo, Where Are You?” debuted, and would’ve been among the first to grow up with the show.

But as some might ask, why is Scooby-Doo still so popular after 50 years? And why did he become popular in the first place? I offer my reasons for both of these points below.

The late 1960s saw a lot of changes to American children’s television. Parents groups and others tried to campaign for less commercialized programming, as well as less violent shows than the superhero/action cartoons that dominated Saturday mornings for the previous several years.

In spite of how some feel about such efforts, I can see why real-life events at the time might’ve prompted pushing for such. 1968 saw the assassinations of Martin Luther King and Robert F. Kennedy; the year also saw the height, and some of the ugliest aspects, of the Vietnam War.

That said, kids’ TV was changing anyway during this time. The superhero cartoon craze influenced in part by the Adam West “Batman” series was waning, following “Batman”‘s cancellation in March 1968.

On February 19, 1968, “Mister Rogers’ Neighborhood” debuted on NET (the predecessor network of PBS, which debuted in 1970); it was followed by “Sesame Street” a year later. Both of these extremely popular, landmark shows proved the value of children’s educational programming. While “Looney Tunes” and “Tom and Jerry” stayed popular, such PBS shows also proved kids didn’t need explosions or anvils to be entertained.

It also helped that Big Three network TV execs (or at least CBS) found a few major non-violent hits in 1968: “Wacky Races” and “The Archie Show.” The latter likely led to “Sugar, Sugar” by the Archies becoming one of 1969’s top hit songs. It also helped spur Saturday morning programmers to try to find similar teen-starring new shows in programming. (Wikipedia discusses how “Scooby-Doo” was developed.)

“Scooby-Doo, Where are You!” debuted on September 13, 1969 on CBS. Its competing shows were “The Banana Splits” on NBC and, ironically, “The Hardy Boys” on ABC (another teen detective series). Despite the rivals, Scooby and the gang became immediate hits, and ran on Saturday mornings well past the flower-power era.

Besides coming along at the right time, “Scooby-Doo” also seems to have the right mix of elements. Along with its likable characters, “Scooby-Doo” also has a mix of: kid-friendly mysteries; light horror/supernatural elements; teen/young adult archetypes; and, of course, comedy.

Said mix of elements probably helped Scooby weather the various changes to kids’ TV over the decades, even if not all the changes were popular (see: Scrappy-Doo). Want a more slapstick comedic series? Scooby’s occasionally shifted to that (“A Pup Named Scooby-Doo,” etc.). Desire a more dramatic take on the mystery/horror aspects of the franchise? Mystery, Inc. did that in, well, “Mystery, Incorporated,” plus “Scooby-Doo on Zombie Island.”

The Scooby gang are also teenagers or college-aged young adults; I suspect it’s why they’re the main Hanna-Barbera characters to get new series up to this day. Since the 70s, kids’ TV cartoons have shifted near-exclusively to shows starring children or teenagers, unless they’re superheroes. Fortunately, “meddling kids” outwitting adult bad guys still holds appeal in 2018.

There’s also been a shift in recent kids’ cartoons from shows starring funny animals/talking animals (Yogi Bear, etc.) to ones starring humans. Fortunately, Mystery Inc.’s weathered that trend, as well. While Scooby is still the show’s star, most of the Scooby shows since the 80s have developed Fred, Velma, and Daphne into more prominent characters.

Finally, while the series’ basic premise is often seen as formulaic, it does have a comfort viewing factor. The original series (and follow-up shows in that tone) also have the appeal of debunking the supernatural (“Mythbusters?”).

In general, Scooby-Doo originated out of a desire for less violent programming in the late 60s. Its various elements and likable characters allowed it to change and evolve with the times, while staying popular up to this day.

As for the future, I assume Shaggy and Scooby aren’t going anywhere anytime soon.